The Best Spots To Check Out At Chicago’s Christkindlmarket 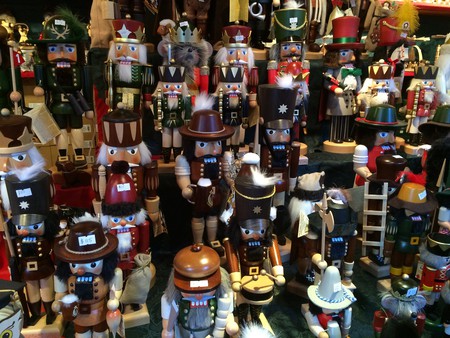 The Christkindlmarket is held annually in November and December at the Daley Plaza in Chicago. Based on the Nuremberg Christkindlesmarkt, the Chicago Christkindlmarket sells traditional food and gifts from Germany and elsewhere around Europe. Here are some of Culture Trip’s favorite spots to check out when you visit.

This shop from Dresden, Germany, sells wood handicrafts that are made in the mountain region of Erzgebirge, Germany. Cuckoo clocks, nutcrackers, nativity scenes, and other Christmas decorations are all hand-carved. The shop also sells incense. 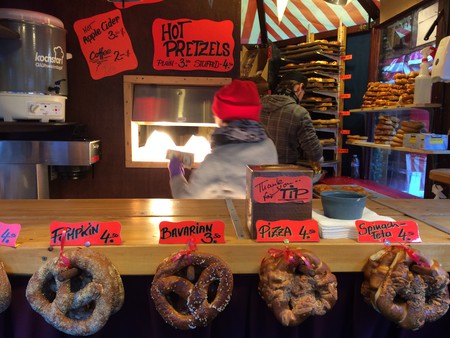 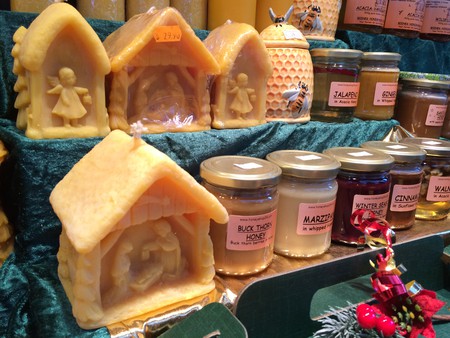 Kerosene Studio Poennighaus is originally from Bad Oeynhausen, Germany, and specializes in products made out of honey. The shop sells honey in a variety of flavors, as well as honey candles and honey skincare and beauty products. You’ll also be able to find ceramic holiday houses and other Christmas décor for sale. 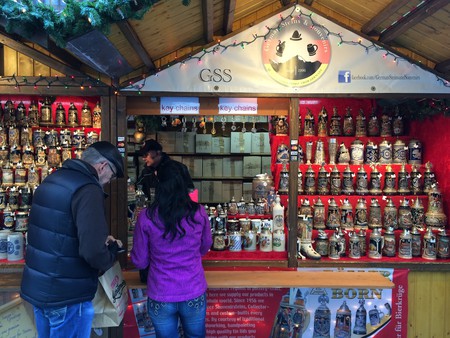 German Steins & Souvenirs is originally from Joessnitz, Germany. The owner, Frieder Frotscher, imports his steins and glasses from the Westerwald area of Germany, which is known for making beer steins. The shop also sells traditional souvenirs such as magnets and apparel. 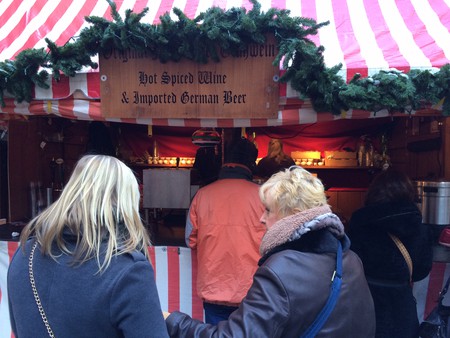 No trip to the Christkindlmarket would be complete without a mug of hot-spiced wine, or Glühwein, as it’s known in Germany. Each year, the market releases a special edition collector’s mug to serve the Glühwein in. The mugs feature Christmas illustrations and are often in an iconic boot shape. 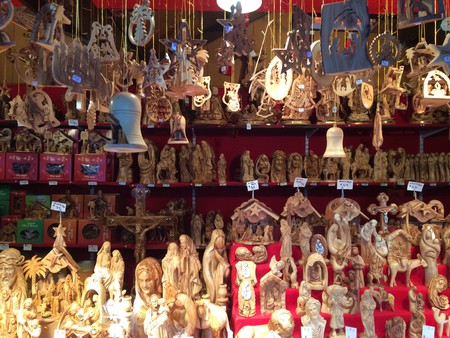 One of the few stands that is not from Germany, Bethlehem Nativity Products specializes in wooden ornaments and figurines made in Bethlehem. Each ornament and figurine is unique in that each is hand carved by different artisans from wood from olive trees. 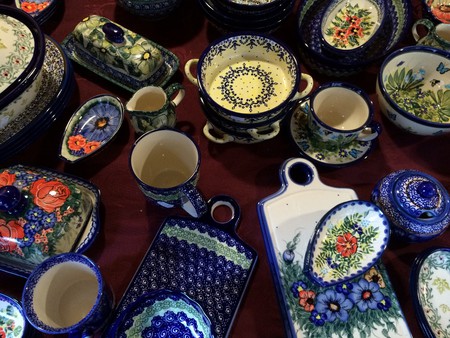 Another vendor that’s not from Germany, Polish Handcrafts – Eva’s Collection is based out of Boleslawiec, Poland. The shop was founded in 2000 and sells handcrafted pottery. The particular set sold at the market, entitled Eva’s Collection, was created by designer Ewa Arreola. 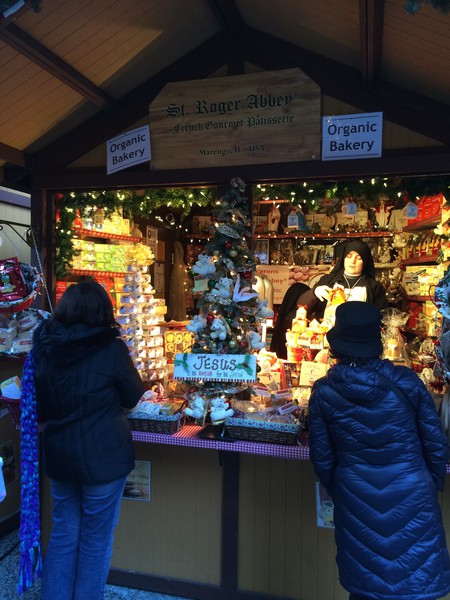 If French food your style, make sure to stop by the St. Roger Abbey French Patisserie stand. The Abbey is originally from Chicago, and the nuns at the Abbey bake organic French pastries such as macaroons and croissants. The money from the sale of the pastries goes to supporting the Abbey and helping the poor.