20 Things Tourists Should Never Do in Chicago 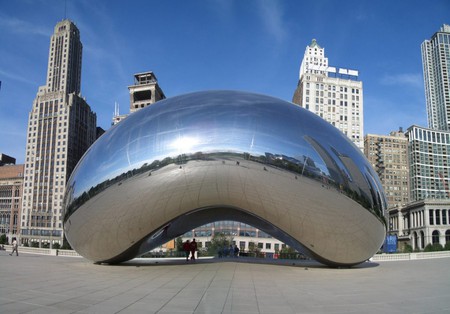 Chicago is full of proud, positive and welcoming people that are ready to show you their town. So be sure not to take advantage of that hospitality by committing any of the following faux pas. These tips will also ensure you don’t waste your time and money, and guarantee an authentic Chicago experience.

The number one thing tourists are told not to do in Chicago is ask for ketchup on your dog. The city has its own style of hot dog with very specific condiments, so don’t mess with that. While you’re in Chicago, have it as it comes. 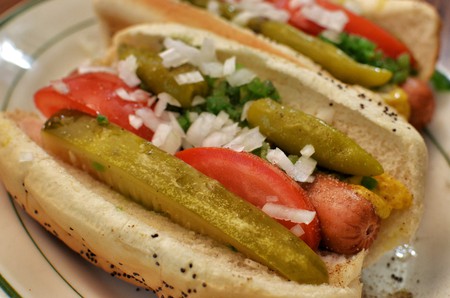 It was a New Yorker that labelled Chicago the “Second City,” sparking a supposed longstanding rivalry between the cities, but Chicagoans largely aren’t interested in competing. Chicago isn’t New York and it doesn’t want to be either. People are friendlier, it’s more affordable and it’s less touristy. Just don’t expect anyone to care about why you think New York is better.

Learn the history of the most impressive buildings in the city from the best vantage point possible, aboard a boat on the Chicago River. Docents from the Chicago Architecture Foundation have the lowdown on more than 50 buildings along the river, and knowing the design and structural ingenuity behind buildings such as the Willis Tower, Marina City and Merchandise Mart will make you appreciate them even more. 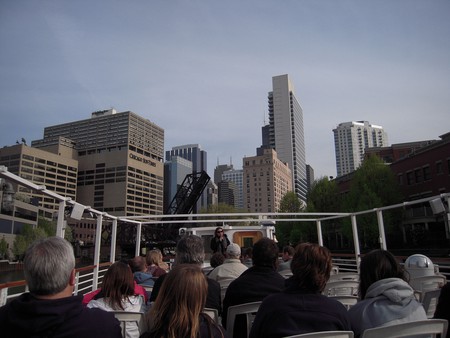 Ask why people still live in Chicago given the winters

Sure, Chicago winters can be brutal, but mostly they are not significantly different or worse than a lot of places in the north of the country, and the year-round positives of the city far outweigh the negatives of the winter months.

Visit in the winter and complain about the weather

Given the reputation of Chicago winters, there is no excuse if you decide to visit during one and can’t handle it. You were definitely warned and should have either not made the trip or at least adequately prepared. Also, Chicagoans live through these winters every year, they don’t care about your first time. 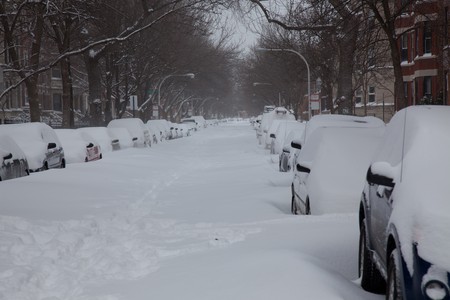 While deep dish pizza and hot dogs are the famous local specialities, the city has an exciting restaurant scene offering a wide variety of fine dining. As of 2017 there are 26 restaurants with Michelin stars in the city, including the world-renowned Alinea and Grace, which places it at number 10 in the world, ahead of cities such as Barcelona and Berlin, and third in the US behind New York and San Francisco.

You can’t get pizza like this anywhere else, so why wouldn’t you try it? It’s true locals don’t eat all that much deep dish, it’s a rare treat often enjoyed when guests are in town, but it’s famous for a reason. 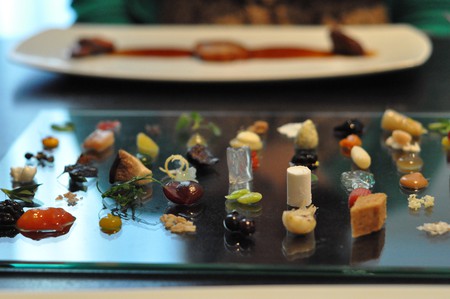 Chicago is a sprawling city, blessed with many great neighborhoods that all have something different to offer. As great as downtown is, if you don’t enjoy the boutiques, galleries, restaurants and general vibe of areas such as Pilsen, Logan Square or Lake View, you’re not getting the full Chicago experience.

Pay for a view

Looking down on Chicago’s skyline is a classic tourist activity, but don’t pay for it. The Signature Lounge on the 96th floor of the John Hancock Tower is free and you can have a leisurely drink while enjoying the view. 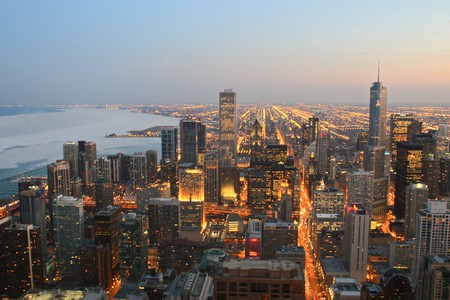 Street parking, where available, can be difficult due to confusing signage and seasonal parking restrictions, while lots and garages are often very expensive and mainly intended for long-term use. Save yourself some time and money and take public transport.

The Art Institute is a must-visit, but don’t expect to see it all in an hour. As one of the world’s largest art collections, it’s recommended you research the galleries and exhibitions you’re most interested in in order to avoid disappointment. With over 300,000 pieces in total, be realistic about how long you’ll need. 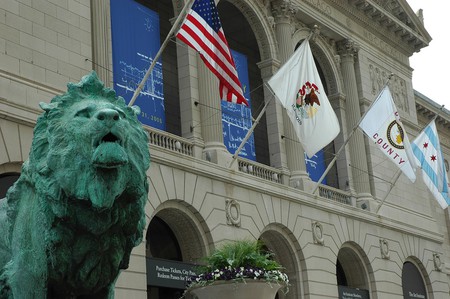 The Art Institute of Chicago | © Tripp/WikiCommons

One of the city’s most recent nicknames, as popularized by Kanye West, isn’t really used by anyone in the city, and is a surefire way of identifying yourself as a tourist.

Amble on the Lakefront Trail

It may be a big draw for tourists and one of the city’s undoubted gems, offering some of the best views of the city as well as the tranquility and beauty of the lake, but it’s also one of the best places in the city for serious runners and cyclists, so be careful not to get in the way. 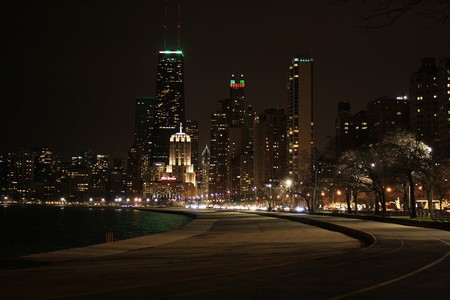 Complain about the traffic

Chicagoans officially have the worst commute in the country and deal with the traffic on a daily basis. The traffic is caused by the infrastructure of the city not being able to keep up with the expansion, and the winter meaning that work can only progress so much each year. Like your complaints about the weather though, your one-off holiday experience won’t mean much to people who are used to the queues and jams.

Miss out on the parks

Chicago’s official motto is Urbs in Horto, which is Latin for “City in a Garden”, and the Trust for Public Land ranked Chicago as the 11th best city in the country for its parks. Millennium and Grant Park in the Loop are tourist hot spots thanks to Buckingham Fountain and Cloud Gate (the Bean), but Lincoln Park to the north, Humboldt Park to the west and Jackson Park in Hyde Park are all worth a visit too.

A drink so infamous that the faces made by people who try it are a well-documented phenomenon. A lot of visitors have a morbid curiosity about trying Malört, and a lot of locals use it to test the resolve of out of towners, but remember, you were almost definitely warned before you tried it so no complaining. 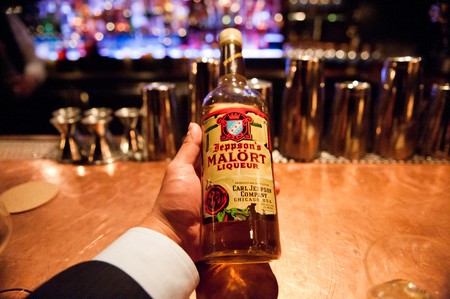 The city is blessed with a number of small but beautiful beaches, where visitors can soak up the sun, take part in volleyball tournaments and take a dip in Lake Michigan. Oak Street Beach and North Avenue Beach are popular with locals, but visitors are often unaware the beaches are only a short walk from downtown. Be warned though, they soon fill up on sunny summer days.

It had been 108 years, so let the North Siders have their moment. Celebrations following the 2016 World Series win saw an estimated five million fans come out for a victory parade, a figure that puts it among the largest gatherings in human history. The Cubs will remain World Champions until at least November, but the curse-ending, city-lifting victory will be celebrated and enjoyed for years to come. 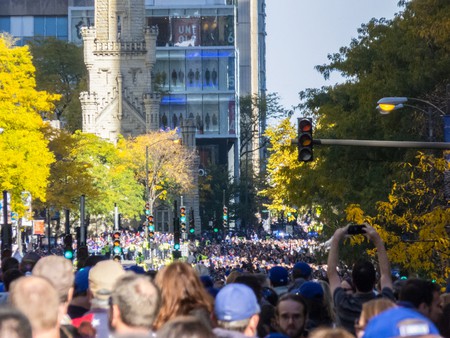 Limit your shopping to the Magnificent Mile

Chicago is steadily becoming an important fashion capital, and as impressive as the selection of luxury and in-demand brands on North Michigan Avenue is, the wider city has much more unique, exciting and unusual fashion to offer. There are many independent designers and boutiques to be found across the city, so don’t miss out.

Be condescending about the city

Now you’ve discovered how great Chicago is, don’t go on about it. It shouldn’t have been a big surprise to anyone that the city is awesome given it’s blessed with amazing architecture, beautiful scenery, captivating culture and friendly people, and even though it’s great you’ve come around, everyone else already knew.