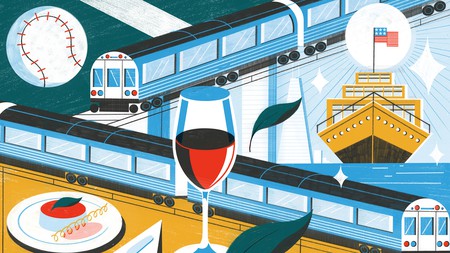 The third-largest city in America, Chicago is known for its brutally cold winters, deep-dish pizza and Malört. But there’s so much more to this Midwestern metropolis than meets the eye.

Whether you fly into O’Hare or Midway, an L train can take you from the airport to downtown and far beyond. It’s also enormously helpful to keep a Chicago Transit Authority (CTA) map with you on your trip, as many of the places on your itinerary will likely have a CTA stop nearby. With eight L lines and 140 bus routes, you can move like a local on the CTA. 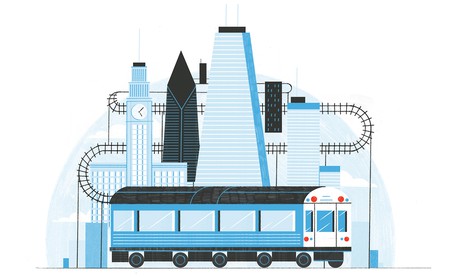 Ventra Cards are your best friend

Ventra Cards are the passes required to board the CTA. There are Ventra kiosks at both airports, where you can purchase one-day, three-day or seven-day passes. Visitors also have the option to load Ventra Cards with a specific amount of money. Just hover the card above the card reader at L turnstiles or inside the bus doors and wait for the green arrow.

Be prepared for the lake effect, with its chills and winds

Lake Michigan borders Chicago’s entire eastern side, which makes for beautiful scenery, but also drastic temperature shifts. Chicagoans notice temperature dips and stronger gusts of wind as they move closer to the lake year-round. Keep this in mind if you’re planning a trip during a particularly chilly winter. It might determine where you stay or what you do.

Deep-dish pizza isn’t the only item on the menu

Yeah, yeah, yeah. Chicago loves deep-dish pizza. But there are also 22 Michelin-star restaurants in the city and a wide variety of ethnic cuisines to choose from. Additionally, Devon Avenue in Edgewater is famous for Indian food, and Chinatown and Pilsen on the South Side are home to the city’s best Chinese and Mexican restaurants. For Vietnamese, head to Uptown. It’s Old Town for Italian beef, and Ethiopian in Andersonville. Simply put, if you stick to deep dish only, you’re missing out.

Winter is definitely cold in Chicago – there’s snow, ice and freezing windchill every year. However, the Skating Ribbon in Maggie Daley Park offers visitors a chance to rent ice skates and enjoy the outdoors during colder months. The Lincoln Park Zoo also presents Zoo Lights every holiday season, during which visitors stroll the grounds while sipping mulled wine and taking in the enormous holiday light displays. 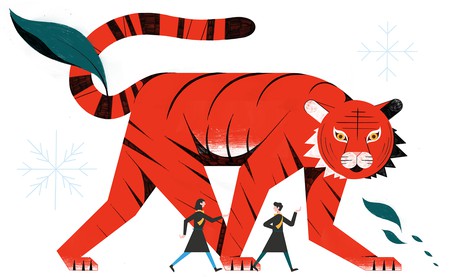 Chicago really is the best place to catch a comedy show. Sure, The Second City got its start here, but there are hysterical performances all over the city every night of the week. If you’re in the mood for wild original musicals, head to The Annoyance Theatre in the Belmont Theater District. Great improv? Check out CIC Theater in Lakeview. You might even catch an interview with a celeb or professional athlete at The iO Theater’s The Armando Diaz Experience, after which improvisers perform sets based on the guest’s answers.

The weather is always unpredictable

Chicago has had 75F (24C) days in November and snowstorms in April. In a single week – or even a matter of hours – the weather might morph from humid showers to chilly sunshine. Even lifelong residents can’t predict what will come next. The solution? Wear easily removable and replaceable layers.

Don’t stick to one neighborhood

Spending all of your time in one Chicago neighborhood is like limiting yourself to eating saltine crackers for the rest of your life. It’s worth exploring to get the full Chicago effect. The South Side’s historic Pilsen neighborhood is home to delicious Mexican cuisine and many art galleries, while Andersonville on the North Side features the Swedish American Museum. Greektown in the West Loop is the best place for gyros and imported cheeses. The list goes on!

You don’t have to spend your life savings

Chicago offers tons of free and cheap activities for people traveling on a budget. Many museums have free entry, including (but not limited to) the National Museum of Mexican Art, the Museum of Contemporary Photography and the National Museum of Puerto Rican Arts & Culture. Again, the CTA provides super cheap transportation all over the city, and many restaurants are BYOB, which means spending however much you want on a bottle of wine instead of $10 or more per glass.

No matter the month, you can find a festival in Chicago. Most people have heard of Lollapalooza, a three-day music event in August that is typically the city’s biggest festival draw. However, there are many fairs all year. The South Side Irish Parade is in March, while the Lincoln Park Wine Fest is in May. In Andersonville, Midsommarfest takes place in June, and the West Town Food Truck Social is in October in conjunction with the West Town Art Walk. This is the tip of the iceberg, so be sure to check out what’s going on during your stay.

Explore the city via water taxi

Venice, Italy, isn’t the only city that offers water taxis. Commuters and tourists can take water taxis from the South Loop through downtown and beyond to Goose Island, which is near Lincoln Park. It’s a fantastic way to see the city from a completely different angle.

Head to the beach for fun and sun

A common misconception about Chicago is that it’s always cold here. False! The average high temperature in July is 82F (28C), and there are several beaches along Lake Michigan that are open to the public between Memorial Day and Labor Day. The most picturesque is arguably Oak Street Beach, which offers sunbathers unparalleled views of the Chicago cityscape. Farther north, Montrose Beach has a large expanse of sand for families, as well as beach activities such as volleyball and soccer.

Catch a game in an iconic American baseball city

With the Cubs and the White Sox (MLB), the Bears (NFL), the Bulls (NBA), the Sky (WNBA) and the Fire (MLS), there’s always a professional sporting event to attend in Chicago. The newly renovated Gallagher Way, outside of Wrigley Field, is a great place to start. Gallagher Way offers reasonable ticket prices and now has a large lawn on which visitors can sit back as they watch the game on a big screen behind the stadium. 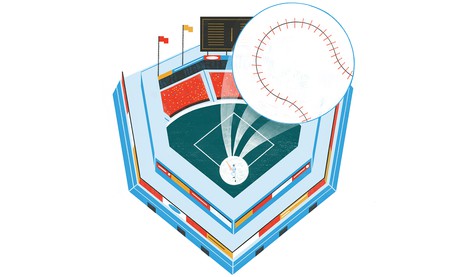 Chicagoans do not take their city for granted. Perhaps the only ‘touristy’ spot they avoid is the Willis Tower, but even then, you can’t beat those views. With the number of brewery, museum, architecture and walking tours available, it would be silly to visit Chicago without taking at least one.

Chicago is Airbnb- and Lyft-friendly. The CTA will get you almost everywhere, but for late-night transportation home after sipping craft beers, Lyft is a great option. Airbnb is also a fun way to live more like a Chicagoan while in town, and it’s probably easier on your wallet, too. Download these apps before your trip so that you can book a place and hit the ground running when you get here.