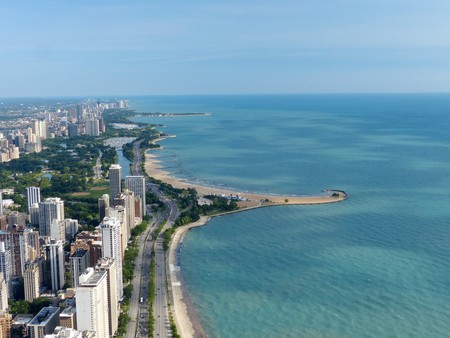 Chicago is the heart of the Midwest and offers tons of perks to its residents. Yes, there are problems with political corruption and the winter can wear you down, but it remains an ideal urban oasis. However, in 2017, the United Van Lines’ National Movers Study found Illinois ranked highest when it came to departures. Basically, more people left than arrived. All we can say is, anyone considering moving out of Chicago should think carefully about the following list! You may not realize how much you love these gems until you’re gone.

The city of Chicago has 28 miles (45 km) of coastline along Lake Michigan, most of which are available to residents for exercise and recreation. In such an expansive urban setting, having the third-largest Great Lake at your fingertips is a huge draw. In the summer months, beach-goers are seen paddle-boarding and kayaking. There are 24 beaches and many parks along the waterfront, not to mention a trail for biking, rollerblading and running throughout the year. Americans would be hard-pressed to find another large city offering as much usable coastline and accessible nature as Chicago, thanks in large part to Lake Michigan. Plus, it’s pretty.

Many people move to places like Chicago and New York in search of big city life. These urban settings offer a barrage of nightlife, employment and entertainment options. One perk Chicago offers that New York often can’t is outdoor living areas. Apartments, condos and starter homes throughout the Windy City provide residents with grassy backyards, spacious porches and wooden decks, just begging to be lounged on or turned into party zones. Chances are, if a Chicagoan doesn’t have an outdoor living space of their own, they know someone who does. This extra space is a hot commodity you’d be hard-pressed to find in many other large cities.

A short, productive and green commute

The Chicago Transit Authority (CTA) consists of 140 bus routes and eight “L” train lines. It is Chicago’s signature mode of transportation and helps shuffle residents to and from work, and to roughly 40 surrounding suburbs from the city. A typical commute for people living in and around the city of Chicago is 20-45 minutes. This is fairly consistent with national averages, but taking the CTA is also a productive and green way to start and end the day. Mass transit reduces the number of cars on the road, decreasing each rider’s carbon footprint. It’s also an excellent time to read the morning news, listen to a podcast or dig into a good book. And where else can you take a water taxi to work?

Within the city of Chicago are 200 unique and diverse neighborhoods. That is to say, there’s something for everyone and always new areas to discover. These neighborhoods are dispersed throughout 77 community areas, many of which were established decades ago by groups of people with common familial and cultural backgrounds. And again, the CTA makes accessing all of these neighborhoods easy. In a single day, residents can enjoy traditional dim sum in Chinatown and homemade lamb biryani on Devon Avenue in “Little India.” Walking a few blocks can completely change your perspective and present a new adventure.

There are several factors that contribute to Chicago’s humble vibe. First though, it must be said that Chicagoans are definitely proud of their hometown and aren’t afraid to brag about it. Humility here refers to the kindness of its locals and their willingness to share their favorite place with visitors. Chicago was founded on a lack of pretension by the working-class families and blue collar laborers who built the city from the ground up (literally). The finicky weather also levels the playing field. No one is exempt from mother nature; neighbors help each other dig cars out of snowdrifts in January and friends share beach blankets when it’s 102°F in August. And everyone commiserates when it snows in April. 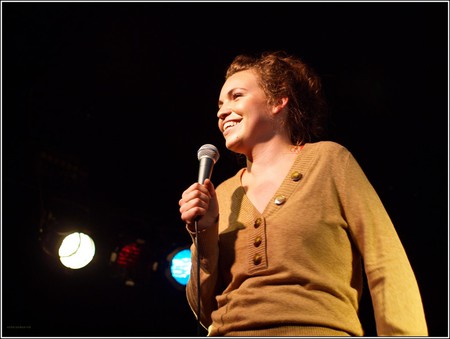 Think of the best comedies produced by Hollywood in recent years. What about your favorite Saturday Night Live sketches? Goofy podcasts? Chances are the funny product you have in mind involves a Chicago comedian. Yes, Chicago is home to The Second City and iO, but it boasts tons of venues in which the country’s best comedians hone their craft before making it big. The Windy City is truly the best place to spot up-and-coming comedy stars and current favorites. Venues such as Zanies, The Annoyance Theater, CIC Theater, The Paper Machete and The Laugh Factory not only provide comedians, actors and improvisers with a place to perform, they provide performers with a place to experiment. Today’s Midwestern improv show could be a sneak peak into tomorrow’s prime-time hit.

Both major airports serving Chicago make it laughably easy to arrive to and depart from the city. Visitors and residents alike can save money taking either the Blue “L” train to O’Hare International Airport, or the Orange “L” line to Midway International Airport. Cabs, depending on where you’re heading, can cost upwards of $50. To park a car at O’Hare costs $10-$17 per day; Midway charges $15 per day. Trains are accessible from within each airport and rides are only $5 (transfers to subsequent lines are $.25). 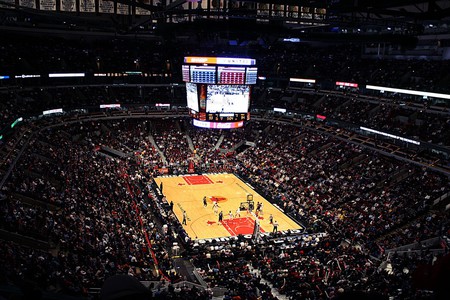 No, we’re not talking about the luxury hotel chain. We’re talking about winter, spring, summer and fall. Spring and fall tend to fly by for sure, but they’re there – and it’s possible to enjoy every single season in its own way. Winter activities in Chicago abound; there’s ice skating near Millennium Park and nights like the Music Box’s It’s a Wonderful Life screening in December wouldn’t be the same without snow. Summer is meant for Chicago. Just take a look at the lakefront trail, the countless café seating options and the many outdoor concerts offered between May and August. Fall is the time of year everyone ventures to local apple orchards in neighboring suburbs or takes in a final Cubs game at Wrigley Field. Spring is pretty much defined by an explosion of short sleeves and a general sense of love in the air, since winter is finally over. To sum it up: never boring. 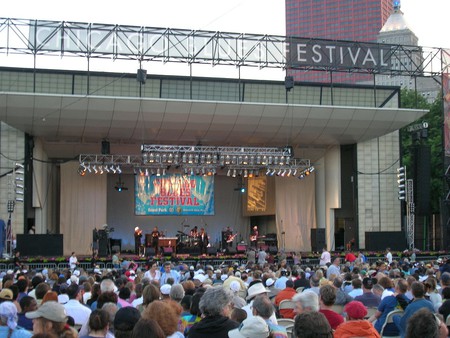 Some of the country’s most important artistic venues are located in Chicago. The Art Institute of Chicago has been voted one of the top museums in the world by TripAdvisor users for five years running and offers everything from ancient Asian artifacts to contemporary photography, with new exhibitions arriving every few months. The Museum of Contemporary Art is home to over 2,500 individual pieces of art. Visitors can see multi-media works, painting, sculpture, photography and live performance. The city is also home to the National Museum of Mexican Art. Plus, Chicago hosts a jazz festival, a blues festival, a gospel music festival, the Pitchfork Music Festival and Lollapalooza every summer. There is never not something exciting to hear, see or feel when it comes to arts and music in Chicago.

One of the best things about living in a big city like Chicago is its affordability. Living in this urban environment with all it has to offer actually costs less than people might think. The average cost of internet and utilities for residents falls below the national average. As of 2017, Chicago was the 10th most expensive city in the United States when it came to rent, which is pretty great considering it’s the third-largest city in the country. Plus, the CTA offers all residents a cost-effective, green method of transportation. There are also tons of things to do in and around the city that are either free or surprisingly inexpensive. New York, again a comparable alternative to Chicago in terms of urban life, is 24% more expensive to live in than Chicago. Something to think about.