Dorothy statue in Oz Park | © vikramjam / Flickr
Tired of craning your neck to look up at skyscrapers? Seen enough pictures of “The Bean” to last a lifetime? Fed up of crowds of tourists getting in your way in every museum? Fear not—there’s plenty of quieter, cooler and weirder options in Chicago, from bars and theaters loved by locals to unusual shops and museums and abusive hot dog stands. Here are the best gems you won’t find in your guide book.

This old picture house dates back to 1929 and still has its original architecture and design. Known for its independent and foreign films, it also holds special events from the Chicago Film Society and the Chicago Critics Film Festival. Look out for “Whitey,” the manager of the Music Box Theatre from its opening night until 1977 when he fell asleep on the couch in the lobby and never woke up—he can still be felt pacing Aisle 4.

This is happening very soon! Lucio Fulci's THE BEYOND with live score by composer Fabio Frizzi! @bricabracrecords will be DJing in the lounge! March your butts on over.

Described as “An Oasis of Art, Architecture, and Landscape Design,” this large cemetery in Uptown is the final resting place of many of Chicago’s greatest citizens. Notable burials include a number of architects who shaped the city’s skyline, including Daniel H. Burnham, Ludwig Mies van der Rohe, and Bruce Graham, as well as Graham’s colleague on the Willis Tower and the John Hancock Center, engineer Fazlur Khan. It is also the burial place of many recognizable politicians, athletes, and industrialists.

Park
Dorothy statue in Oz Park | © vikramjam / Flickr
While The Wizard of Oz is not widely associated with Chicago, author L. Frank Baum lived in the Lincoln Park area in the 1890s, and Chicago’s George M. Hill Company first published The Wonderful Wizard of Oz in 1900. This small neighborhood park near his home was named in his honor in 1976 and features statues of the Tin Man, Cowardly Lion, Scarecrow plus Dorothy and Toto by sculptor John Kearney.
More Info
Open In Google Maps
2021 North Burling Street, Lincoln Park, Chicago, Illinois, 60614, USA
+13127427898
View menu
Visit website
Visit Facebook page
Send an Email
Give us feedback

Museum
Housed in a 1917 mansion in the Gold Coast neighborhood is the International Museum of Surgical Science, North America’s only museum devoted to surgery. It details the history of surgery throughout humanity with its permanent collection of art and artifacts and medically themed exhibitions and programs. It also has a contemporary art exhibition program featuring work around medicine and the body, and a library featuring over 1,000 rare texts.
Looks like it's closed Hours or services may be impacted due to Covid-19
More Info
Open In Google Maps
1524 North Lake Shore Drive, Gold Coast, Chicago, Illinois, 60610, USA
+13126426502
View menu
Visit website
Visit Facebook page
Send an Email
Give us feedback

Bar, American
If you can find it in the middle of the factories and empty lots of the North Branch Industrial Corridor along the Chicago River, The Hideout is a Chicago institution. In a house built in the late 19th century, it became a legit bar when Prohibition ended in 1934 and has been home to outsiders ever since and plays host to all kinds of live music. Various publications have named it as one of the city’s and the country’s best bars and music venues.
Looks like it's closed Hours or services may be impacted due to Covid-19
More Info
Open In Google Maps
1354 West Wabansia Avenue, West Town, Chicago, Illinois, 60642, USA
+17732274433
View menu
Visit website
Visit Facebook page
Send an Email
Give us feedback

Talks at the Seminary Co-op

One of the city’s best bookstores on the campus of the University of Chicago, the Seminary Co-op hosts regular talks, readings and events at its locations on S. Woodlawn Avenue and 57th Street, featuring the best and brightest writers and academics from across the globe. Among the store’s 50,000 members is President Obama, who would shop there frequently with his wife and children before he became president. 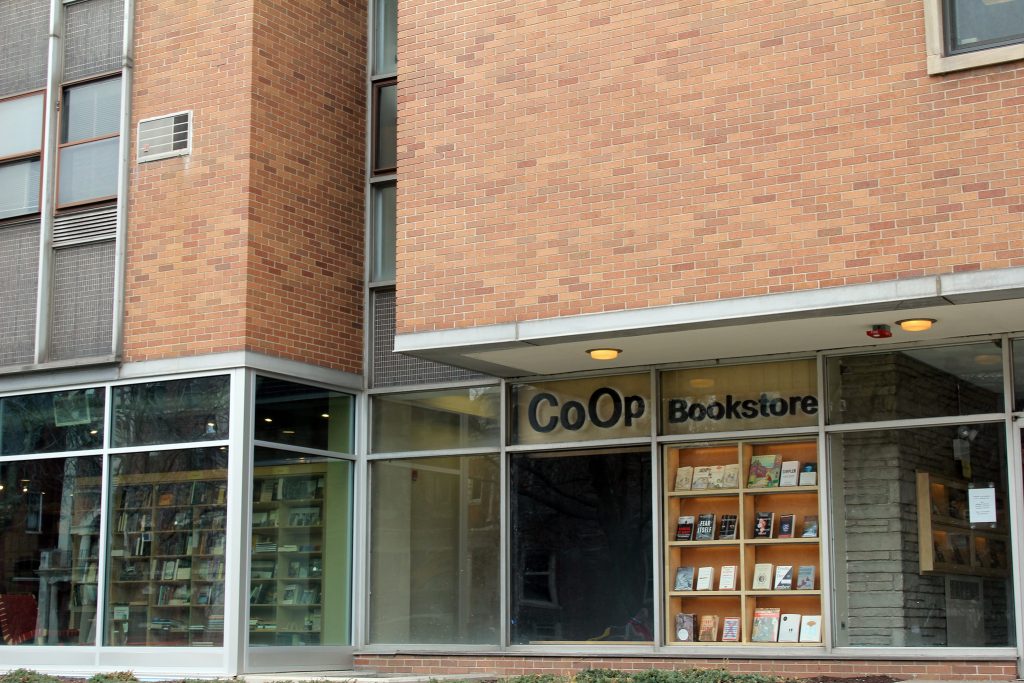 Looking for a unique or weird present that’s probably related to death or just an unusual shopping experience? Andersonville’s Woolly Mammoth Antiques and Oddities specializes in vintage and antique taxidermy and medical paraphernalia among its large range of miscellaneous curiosities. Owners Adam and Skye Rust had the idea for the store after inheriting a set of teeth, and told Time Out Chicago: “We stock these things for a selfish reason: to make ourselves more comfortable with dying.”

Ever since the early ‘90s when owner Larry Gold reprimanded an unattentive customer with some choice language, the late-night drunk crowd from nearby Lake View and Lincoln Park have flocked to this hot dog stand to trade barbs with the famously sassy and surly staff. Not for everyone, the comments are often personal, and the mood can quickly move from playful to aggressive. Even the elite can’t escape the sass—2016 saw the launch of a three-inch hot dog called the “Trump footlong.” 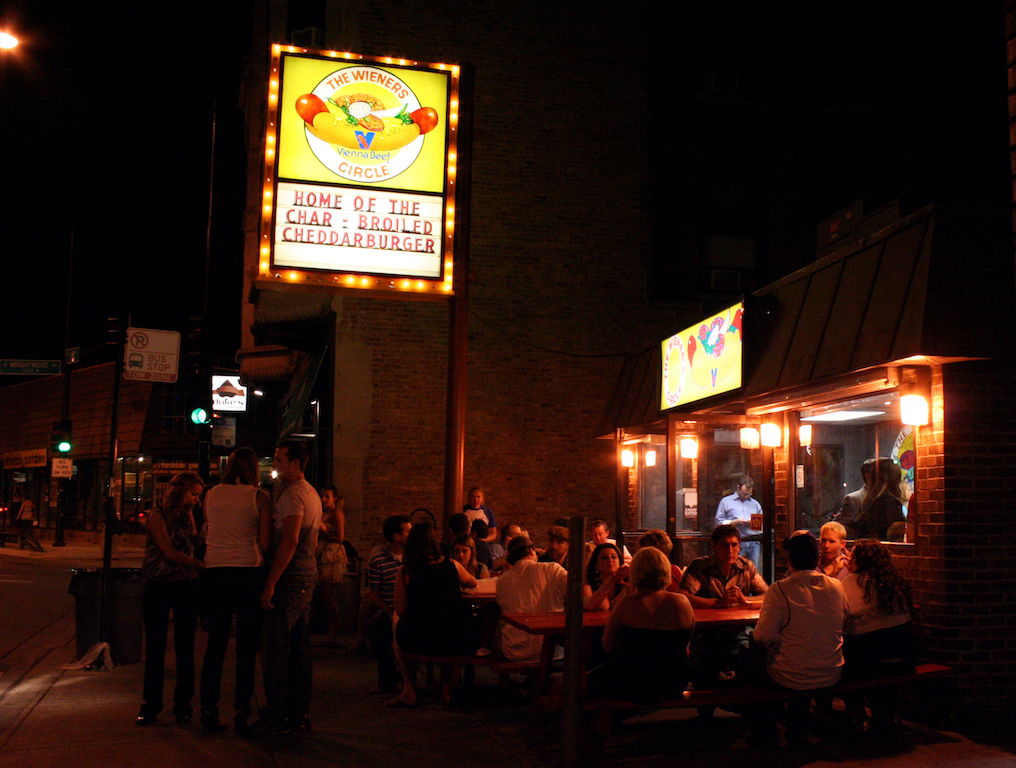 Alongside a shop making and selling custom buttons for over 20 years, the Busy Beaver Button Co. also has one of the world’s only museums dedicated to the history of pinback buttons. The collection has examples from throughout the 20th century, dating back to when pinback buttons were patented in 1896, covering political campaigns, causes, advertising, sports, music, and humor. Be sure to donate any old buttons you may have.

Tired of the city as a whole? Grab your bike, or rent one from a Divvy station, and head out into the suburbs where there are many great cycling trails to find. The Lakefront Trail is pretty touristy but leads to quieter areas like the North Sheridan Road, while the north branch of the Chicago River and the Des Plaines River to the south see quiet green areas with many miles of trails.