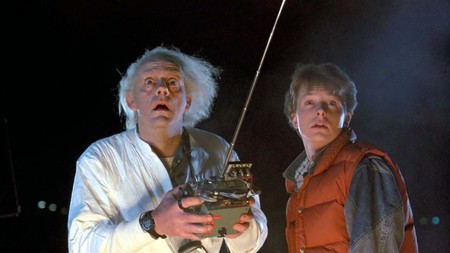 The director Robert Zemeckis is known for creating films with state-of-the-art special effects that amount to so much more than the sum of those effects. Here are some of his most memorable movies.

If you’ve seen this film, you’ll remember crying for a volleyball; if you haven’t, you might be confused how that’s possible. Tom Hanks gives a tour de force performance in Cast Away as a FedEx employee struggling to survive and be rescued after crash landing on an island. Hanks not only physically transformed for this role but also gives a startling performance of what a man might do to survive and stay sane enough while marooned.

Initially, The Polar Express seems like a prime candidate for demonstrating the dangers of the ‘uncanny valley,’ when something looks human but not quite human enough. This is due to this animated feature using the then-revolutionary live action performance capture technique that resulted in stunning realism in the faces of its computer-generated characters on their journey to the North Pole. In the years since the film’s release, though, and performance capture technology becoming more of an industry standard, audiences have become more accepting of its visual. Meaning this is a truly rare film whose technology and special effects seem to get better with age.

Forrest Gump earned Tom Hanks his second consecutive Oscar win for his role as the title character. This is an epic film that follows the tumultuous history of the USA from 1944 to 1982, from school integration and the Vietnam War to the rise of AIDS, all through the life of a man with a low IQ that keeps ending up in the middle of everything. It won six Academy Awards including Best Picture and Best Director.

Jodie Foster stars in this film adaptation of the science-fiction novel Contact by astrophysicist Carl Sagan. The film won a Hugo Award for Best Dramatic Presentation for good reason; because like the best sci-fi, it’s not all aliens and futuristic technology. It also confronts important questions about life when mankind is apparently sent blueprints from aliens: from the existence of a god, the concept of faith, and boundlessness of love.

There’s never been a film noir quite like Who Framed Roger Rabbit. While the film’s central gimmick is having human actors interact with 2D-animated cartoon characters, this film is much more than its trick photography (which is impressive). From the sultry Jessica Rabbit to the bitter private eye played by Bob Hoskins, every character has hidden depth on top of slapstick capabilities.

Back to the Future

It took Zemeckis and Bob Gale over four years after finishing their first draft of the film to get it made. This is because, in the wake of the $140 million success of the sexually explicit Animal House, most production companies thought Back to the Future was too tame, while Disney found the story of a son dating his mother understandably risqué. The finished film, though, has claimed its spot not only as a great film but also as a cultural point in cinema.

Back to the Future II

Michael J. Fox is back as one of cinema’s coolest teenagers, Marty McFly. Back to the Future II’s depiction of the a futuristic 2015 created a lot of expectations, from hoverboards (those things with wheels don’t count) to self-lacing shoes (available soon) to what the future would look like. Zemeckis knew that futuristic depictions in film didn’t age well, so if the film’s take on 2015 seems over the top, it’s supposed to be.

In 1974, a French street performer named Philippe Petit walked across a high wire between the World Trade Center Twin Towers. This feat occurred 1,350 feet (400 meters) above ground, and he did it all without permission. The Walk is a biopic that follows Joseph Gordon-Levitt as Petit in his obsessive crusade that led to accomplishing this feat with amazing visual effects.

Amazing visual effects continue with Flight’s opening of a harrowing near-miss of a plane crash, but the star of this film is Denzel Washington as a hero pilot with destructive tendencies. Washington earned an Oscar nomination for his performance of a deeply flawed and real man whose personal demons threaten his family and livelihood.

While comparisons between this film and Indiana Jones are obvious, Romancing the Stone holds its own, both from its blockbuster success and critical reception. With nearly half the budget of Raiders of the Lost Ark, Romancing the Stone still succeeds in creating a treasure-hunting adventure film through the jungle. Instead of Harrison Ford, you have Kathleen Turner as a romance novelist rising to the challenge of facing waterfalls and crocodiles in search of the ‘El Corazon’ emerald, with the help of Michael Douglas as a roguish bird smuggler.