10 Movies You Didn't Realize Were Filmed In Chicago 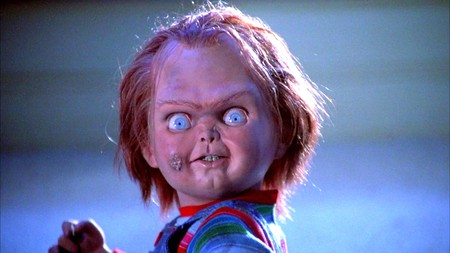 Have you ever watched a movie and thought ‘Hey, that place looks familiar’? As soon as people recognize a location on the screen, they can suddenly associate themselves with the film. Everybody in Chicago can do this with movies like The Blues Brothers, Ferris Bueller’s Day Off, Groundhog Day, and so on. However, there are many other films that you may not have realized was filmed here. So let’s take a look at some of those films you may have seen hundreds of times but never linked together.

As far as film icons go, Charlie Chaplin is one of the greats. In 1914, Charlie Chaplin had accepted an offer from the Essany Studios, a studio based in Chicago, to star in some of their films. One of these films was His New Job, which is about Charlie, a bystander on a film set, who fills in when an actor doesn’t show. Eventually, this leads to Charlie ruining the scene, destroying the set, and causing havoc all around. However, after the completion of His New Job, Charlie Chaplin moved out to California to make movies there, citing the ‘unpredictable’ Chicago weather as his incentive. However, Chicago will always have that distinction to housing one of the greatest cinematic icons this world has ever known early in what would become a legendary career. 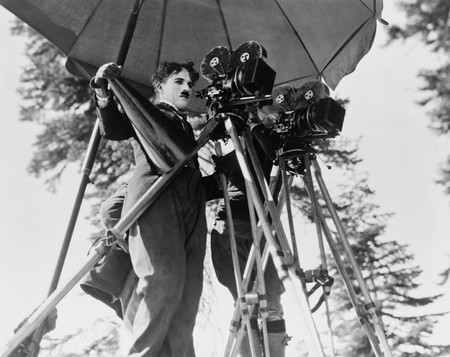 An often-forgotten film, this film does have some pretty rare distinction, being the first film to have been directed by an African American, Oscar Micheaux. Within Our Gates follows Sylvia Landry, a well-educated African American woman, who dedicates all of her time to a nearly-bankrupt school for impoverished black youths. Now, Chicago’s role in this film is quite interesting, because Micheaux had been inspired by the Chicago Race Riot of 1919 in which white mobs had lynched many African Americans. Micheaux also is said to have taken inspiration from D. W. Griffith’s The Birth of a Nation, which details ‘what blacks knew, and whites refused to believe’. It’s believed that Micheaux chose the title Within Our Gates (which is a line spoken in The Birth of a Nation) in response to the riots in Chicago, where African Americans were beginning to fight back. Today, the film is viewed as a historic piece of filmmaking that served as a backdrop during a very important time for the city.

North By Northwest, which is about an advertising executive chased all over the country as he travels by train, is a film often regarded as a classic, as well as one of the best works by Alfred Hitchcock (the great British film director). However, did you know that North By Northwest had some sequences shot in Chicago? Some of the Chicago locations include the Omni Ambassador East Hotel (near the North side of Chicago), Midway Airport, LaSalle Street Station, and other locations near and around the North side of Chicago. So while the entire movie wasn’t shot on location here in Chicago, enough of the film was shot here to warrant it being just one of those films that you’ve seen throughout your life, and next time you’ll watch it, you’ll be able to point out exactly where they shot that particular scene you love.

Based on the play of the same name, A Raisin in the Sun is a story about the Youngers, a poor African American family that lives in the south side of Chicago. The chance, however, arises for the family to escape their current conditions when the matriarch of the family receives a life-insurance check for $10,000 after her husband’s death. The film version of this play was released in 1961, directed by Daniel Petrie and starring Sidney Poitier, and was very-well received. In 2005, the film was selected for preservation by the U.S. National Film Registry. In the years since, this film, which features a great depiction of living in the south side of the city, has been viewed as an overall classic.

Directed by Richard Brooks and starring Diane Keaton and Richard Gere, Looking for Mr. Goodbar is a story about a teacher who spends her nights cruising bars with a casualty towards abusive men. This film may have taken place in San Francisco, but it is quite easy to notice that Rush Street is playing the part of San Francisco in certain scenes. Around the time of this film’s release, things were just starting to pick back up to make way for a lot of the films that were to follow in the 1980s. This put the cinematic surroundings that are Chicago right back where they rightfully belong on the map.

1980 was a good year for cinema in Chicago. Yes, we all remember the success (and the cultural impact) that The Blues Brothers had, but we often overlook one other film that was released that very same year. This was a film that even took home the coveted Academy Award for Best Picture in 1981. This film is Ordinary People, directed by Robert Redford. Ordinary People is pretty simple in premise, which is a fascinatingly depressing drama about a dysfunctional family from Lake Forest, Illinois, and it follows them through grief, mourning, guilt, and overall discomfort after the death of the family’s oldest son. This film was shot all around the Chicago-land area, and so you don’t have to look very far to be able to spot some areas of the city that you have come to recognize. This film is practically sprawling with the culture of this great city of ours. 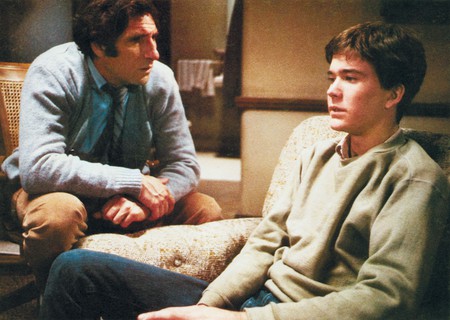 When we all think of Tom Cruise and Chicago, it’s safe to say that the first thought that goes into your head is Risky Business. Well, people often-forget another film that Tom Cruise made during this period that not only boasts a talented cast, including the late Paul Newman (reprising a role that he had played decades prior in a film called The Hustler), but also was directed by another film icon, Martin Scorsese (one of his few films departing from the boroughs of New York). The Color of Money is about ‘Fast Eddie’ Felson, a retired pool shark/hustler, who discovers Vincent Lauria, a smooth-talking prodigy, and takes him under his wing. Visually, the film may have that tint of 1980s ‘Scorsese Darkness’ to it, but nevertheless, Chicago manages to shine right on through. Also noteworthy, for his return to the role of ‘Fast Eddie’ Felson, Paul Newman garnered the Best Actor Oscar that year.

Child’s Play is a great example of a movie that many people may not realize was filmed in Chicago, though many are familiar with it. Alas, this slasher film, directed by Tom Holland, follows a child’s toy that comes to life with the soul of a serial killer. If you watch closely, you can distinguish different backdrops, such as Lake View and Kankakee, Illinois. Child’s Play proved to be a cultural touchstone that swept (and horrified) the nation, and it left a large legacy. Additionally, the film also spawned up 5 sequels, as well as a popular catchphrase, ‘I’m Chucky, wanna play?’

By the 1990s, filming in Chicago was still sort of prominent, but it was nowhere near what it was in the 1980s. One of the films made here in the early 90s that really stood out, though, is Backdraft, which was directed by Ron Howard and starred Kurt Russell and Robert DeNiro. The film follows two firefighters who are brothers (and don’t get along well), who have to work together when a dangerous and mad arsonist is on the loose in the city. The performances allowed for the film to be popular among audiences despite the mixed reviews. The special effects of the film garnered three Academy Award nominations.

In 2000, Stephen Frears, who has directed films such as the critically acclaimed The Queen, came to Chicago with John Cusack and a then relative-newcomer named Jack Black in tow. He made a film that does a terrific job at displaying our city for the world to see. High Fidelity is the story of Rob Gordon (played by Cusack), who owns a record store in Chicago and is a compulsive list-maker. Over the course of the film, Rob proceeds to list to the audience his top 5 breakups, including the one that happens during the course of the film. The film feels very wry, in a comedic sort of way, and when mixed with the backdrop of Chicago, it thus became one of the best received (critically and by audiences) movies of the year.