10 Books That Capture Chicago In The 40s 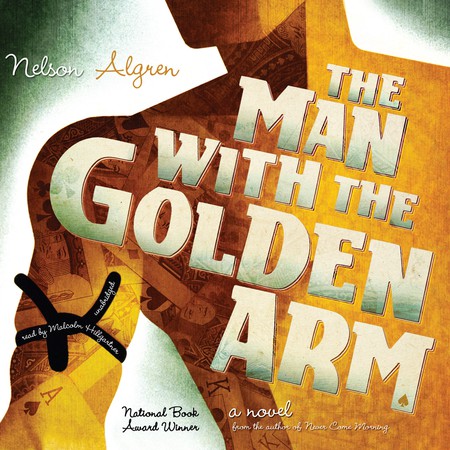 The most recent remarkable display of Chicago in the 1940s was found at an estate sale in Auburn Gresham where a canister of film revealed astonishingly real life footage. Produced by the Chicago Board of Education with aerial shots sponsored by United Airlines, the film offers a trip back in time. It reveals the city’s expansive beaches, model cars from the 1940s and the impressive schools promoting Chicago. The film can be found here. However, for enthusiastic book lovers, the following recommendations offer a golden trip down memory lane in Chicago.

The Old Chicago Neighborhood: Remembering Life in the 1940s

Over 125 Chicagoans talk about daily life, sports, entertainment, as well as the World War II years in a variety of Chicago neighborhoods. The book includes captured images of the era as well as essays by former alderman Leon Despres and sports writers Bill Jauss and Bill Gleason. Writer Sandra Pesman and columnist Jon Hahn, along with Alderman Edward Burke contribute to the content. The book describes travel on streetcars, clubs, shopping as well as places such as Riverview Amusement Park and Victory Gardens. 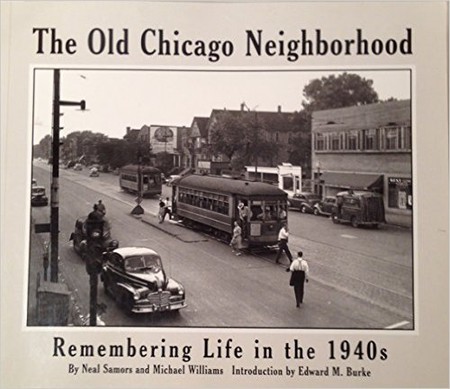 Author Ira Gitler interviewed more than 50 prominent jazz figures in able to show how jazz progressed in the 1940s by establishing itself in jam sessions in Harlem. When moving from the Big Band era to post World War II modern jazz, the author describes the climate of the times; how music expressed racial attitudes and relationships. Ira Gitler is also author of Jazz Masters of the 40s. 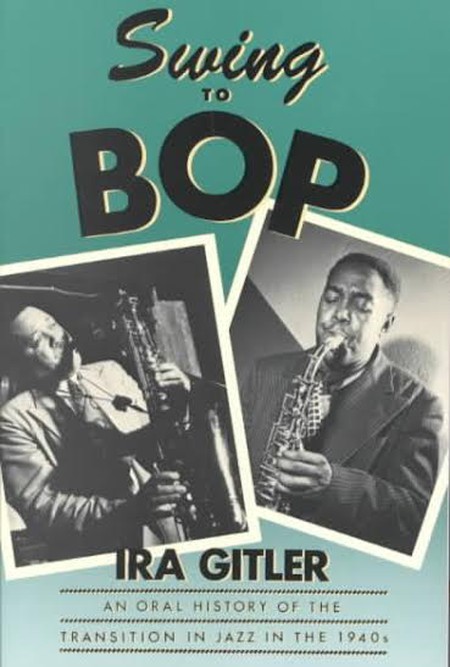 For photography lovers, this is a collection showcasing an African-American urban Chicago community called Bronzeville in the 1940s . This is a south side Chicago neighborhood that was documented by photographers, such as Edwin Rosskam Russell Lee, John Vachon, and Jack Delano, who show urban conditions of the time. This was a project of the Depression Farm Security Administration to capture Chicago’s black belt on film. 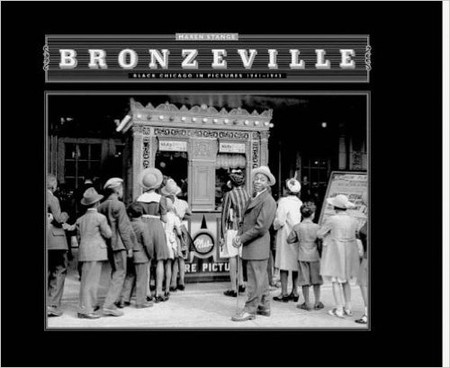 The Man with the Gold Arm by Nelson Algren

Winning the National Book Award in 1950, the novel describes the life of Frankie the Machine, an illicit card dealer and addict to morphine during the post war years as a veteran of World War II. The novel takes place on Division Street and Milwaukee Ave, a Polish neighborhood. Nelson Algren was a Chicago man himself and a veteran of World War II. The novel is an incredible realization of how poverty can permanently degrade the human spirit. In 1955 it was adapted to film starring Frank Sinatra.

Studs Terkel talks about Maxwell Street in Chicago being the Ellis Island of the Midwest. The street was a place that enabled immigrants and the working class to survive by selling their wares, and is also is considered to be the place where Chicago blues got its start. Artists of the time included Moody Jones, Floyd Jones and Ira Beskow. In this book, authors Lori Grove and Laura Kamedulski worked to preserve historic Chicago at its finest. 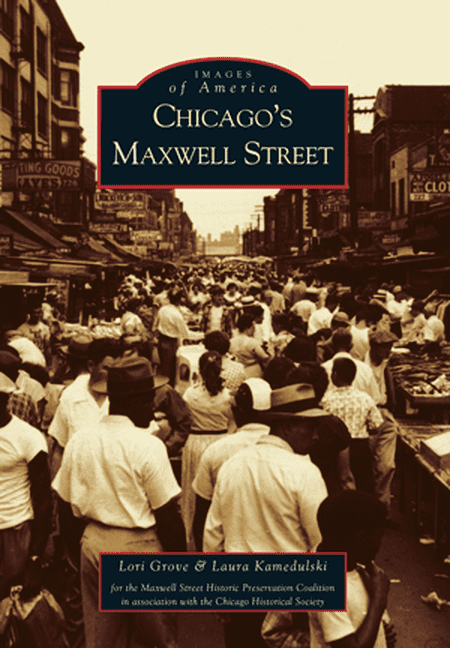 Christmas on State Street: 1940s and Beyond

Dressed in your Sunday best for a holiday trip was most remembered for Chicago children and their families beginning in the 1940s. In this book, you will visit many of the famous shops and restaurants that made Christmas in Chicago vividly spectacular. Inside, are pictures of the State Street Christmas parade, capturing pictures of famous Christmas characters that include Montgomery Ward’s Rudolph the Red Nosed Reindeer and the infamous Marshall Field’s Uncle Mistletoe. The book includes some of the best photographs of the classic display windows that truly define the magic of Christmas in Chicago. 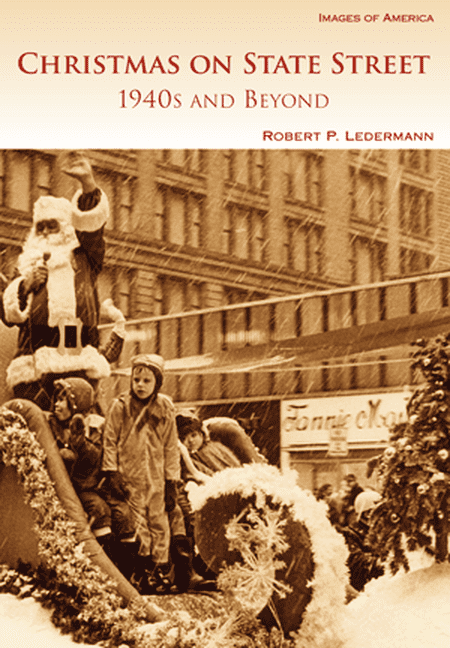 The first African American writer to win the Pulitzer Prize, Gwendolyn Brooks provides a novella detailing the life of Maud, growing up in between the late 1920s and 1940s. The realistic portrayal of the protagonist reveals in great detail the Depression, World War II, and family life during those eventful times. This story is an excellent review of growing up in a south side of Chicago community, as well as topics that focus on love and motherhood. 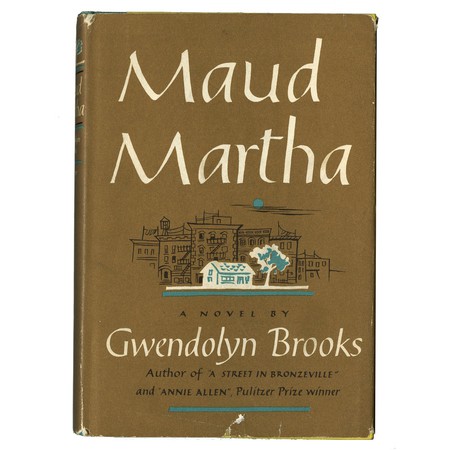 Knock on Any Door

Willard Motley’s best seller from 1947 portrays the tribulations of the character Nick Romano. While struggling to to survive at his father’s business, he engage in petty crimes and ends up in reform school. Further conflict ensues. Motley researched the streets of Chicago to create a novel of true reality. The book was made into a movie in 1949 with Humphrey Bogart and John Derek starring.

You Bet Your Life

A Toby Peters mystery, by Stuart Kaminsky, is about a 1940s detective who is working his way through the Chicago underworld with the help of Al Capone. Included in the story are references to Richard Daley and Ian Fleming. Stuart Kaminsky provides readers with a novel that is fast moving, filled with humor and is a great impression of the seedy underside of Chicago in the 1940s. This novel is third in a series of Hollywood thrillers that include Bullet for a Star and Murder on the Yellow Brick Road. 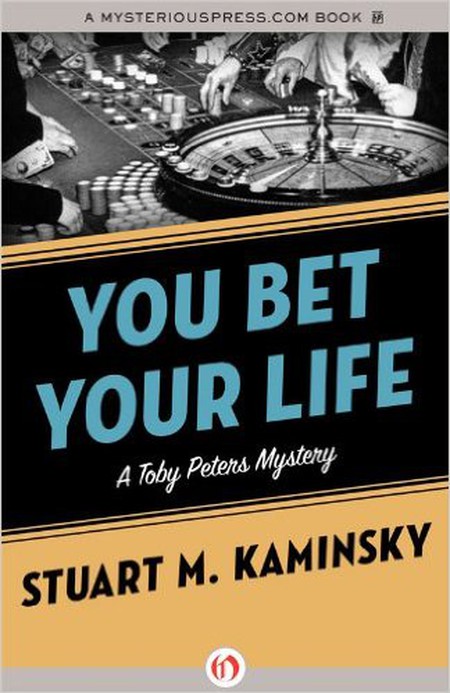 Learning about Chicago in the 1940s can be achieved through looking at vintage store catalogues that included the yearly wish book from Sears or Spiegel, offering shopping and prices for a specific year. Montgomery Ward began as a mail-order business in Chicago that provided catalogs each year. Many of these vintage issues can be purchased and are available for certain years. 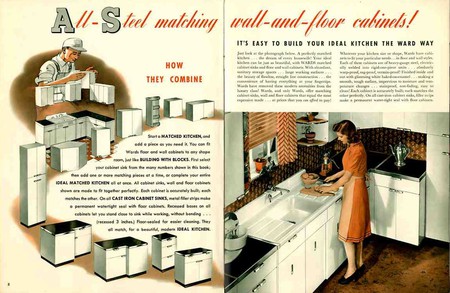 © Montgomery Ward
Give us feedback