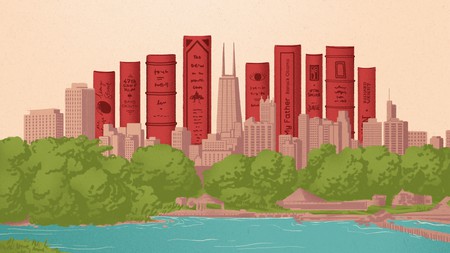 Chicago’s storied past provided these authors with ample autobiographical material and fictional inspiration. These are the best books set in the Windy City.

Moving from Canada to Chicago during his formative years made an indelible impression on Saul Bellow; several of the Nobel Prize-winning author’s novels are set in the Windy City, including Humboldt’s Gift. The novel, which won the Pulitzer in 1976, follows the friendship and creative rivalry between two writers, Charlie Citrine and his poet mentor Von Humboldt Fleisher. When Humboldt is discovered dead in a run-down New York hotel, Citrine is at the height of his writing career, while his personal life is in disarray. As he meditates on his dead friend’s life, and the relationship between artistry and American capitalism, Citrine must figure out if Humboldt’s posthumous gift to him – the rights to an old screenplay – are an opportunity or a curse in disguise. 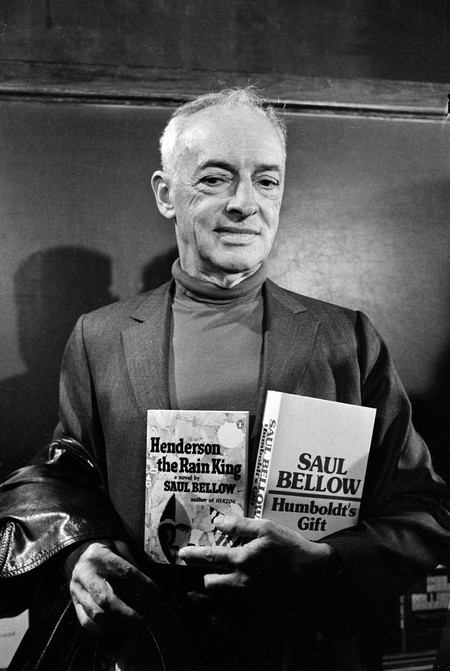 The House on Mango Street is a moving assortment of short stories and vignettes composed by author Sandra Cisneros “to tell one big story, each story contributing to the whole – like beads in a necklace.” It’s a coming-of-age tale about a young Mexican-American girl, Esperanza Cordero, who dreams of escaping from the Chicago neighborhood where she is being raised. Grappling with a suffocating environment and society’s low expectations of her, Cordero uses her poetic words to explore who she is and who she might one day become. 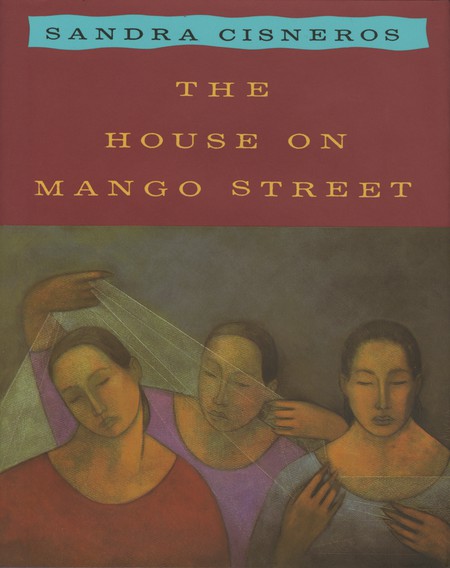 Carmen ‘La Coja’ (The Cripple) Santos is a flamenco dancer from Chicago with a leg damaged by childhood polio. After being torn between her lover of almost two decades, married flamenco troupe leader Agustín, and fellow dancer Manolo – with whom she has a passionate but short-lived affair – Santos finds herself abandoned by both men. To compound her depression, the polio returns, leaving Santos unable to dance. After she takes a series of menial jobs and moves in with her mother to make ends meet, an unexpected opportunity to return to the spotlight reinvigorates this determined, passionate female protagonist. 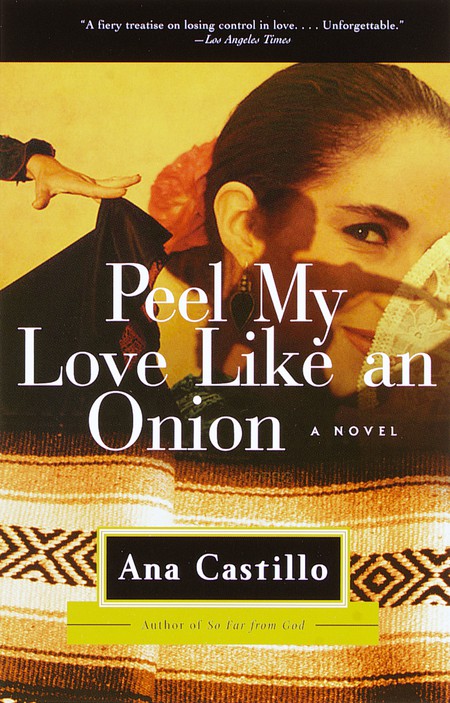 This best-selling non-fiction work by Erik Larson follows the intertwined fates of two charming and intelligent men during the 1893 World’s Fair in Chicago. One is famed architect and city planner Daniel Burnham, who oversaw the design and construction of the fair. The other is Dr HH Holmes, one of America’s most infamous serial killers, who used the fair as an opportunity to construct the World’s Fair Hotel – a murderous house complete with a gas chamber, a dissection table and a 3,000F (1,650C) crematorium to dispose of the bodies. 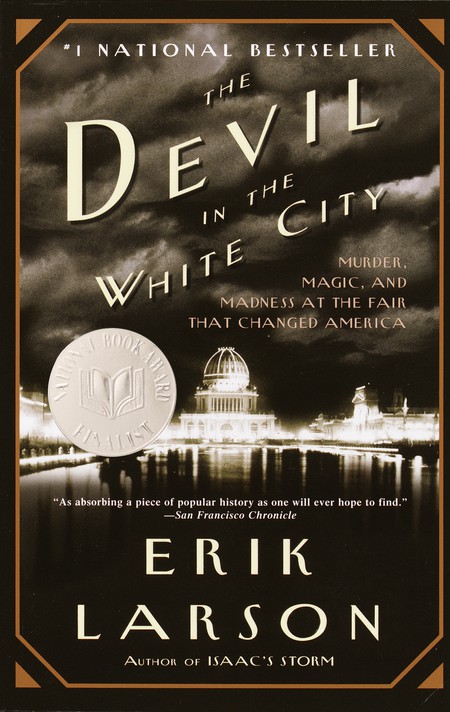 The lives of JC and Mookie, two high school dropouts who live on Chicago’s South Side, take a turn when they come across the corpse of a local thug. After selling the dead man’s jewelry at a pawn shop owned by a renowned gangsta, the two find themselves immersed in Chicago’s criminal underworld, working for the mob boss. As trust between the friends begins to fray, a badly executed murder ends with JC’s incarceration. Meanwhile, Mookie has risen up the ranks to become the most powerful man on the city’s South Side. By the time JC is released, a violent clash between the pair is inevitable. 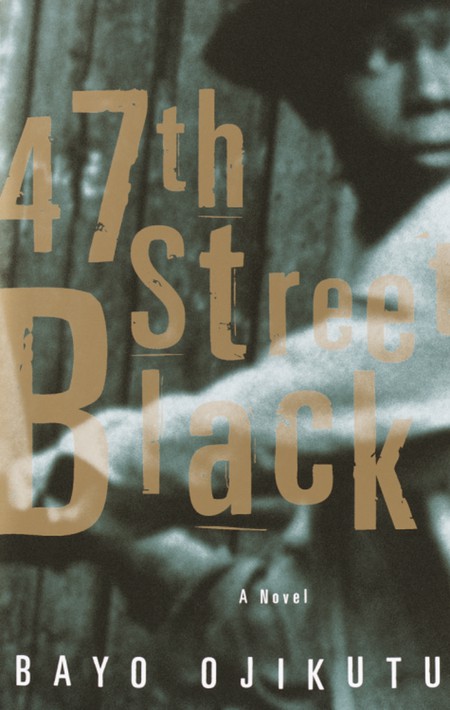 Barack Obama’s memoir, Dreams From My Father, was first published in 1995, when the future president was gearing up to run for state senator in Illinois. The book opens with the moment Obama learned of his estranged father’s death in a car accident, and unfolds as a relatable exploration of his identity as a mixed-heritage American. Roving from Kansas, where his maternal lineage hails from, to Hawaii, where his parents met, and from Chicago to Kenya – where many members of his paternal family still reside – Dreams From My Father is a moving, vulnerable self-portrait by a man who would go on to deeply shape American politics. 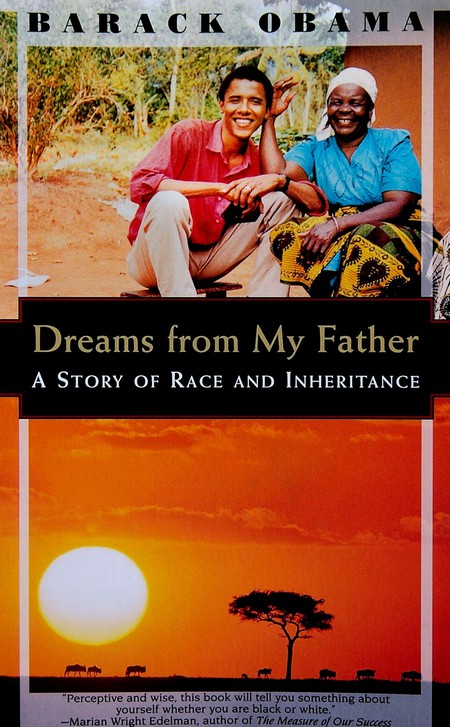 ‘Dreams From My Father’ by Barack Obama | © Seth Perlman/AP/Shutterstock

‘The Lazarus Project’ by Aleksandar Hemon (2008)

Aleksandar Hemon’s The Lazarus Project blurs the lines between fact and fiction. In 1908 a young Eastern European Jewish immigrant named Lazarus Averbuch was shot by George Shippy, the Chicago chief of police, during a confused and opaque interaction that divided public opinion. Shippy claims to have been acting in self-defense, believing Averbuch was an anarchist assassin, but there is little evidence to support his assertion. Hemon’s obsession with the case is played out through the fictional character Brik – a writer of Eastern European descent living in present-day Chicago, who retraces Averbuch’s footsteps to discover the truth. Brik’s and Lazarus’s stories unfold throughout the novel and become closely intertwined, leading to several miraculous and provocative discoveries. 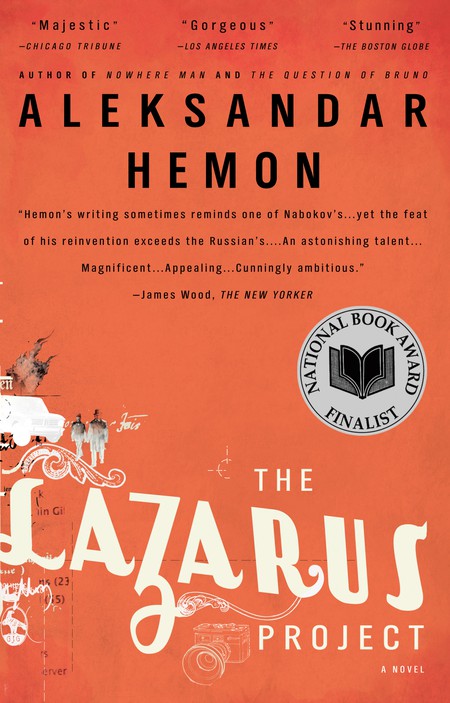 Native Son is a thought-provoking reflection on the tragic reverberations of racial and economic prejudice in America’s inner-city areas. The story begins when Bigger Thomas, a black man raised on Chicago’s South Side in the 1930s, gets a job as a chauffeur for a wealthy white family. A tragic turn of events ends with the accidental murder of the family’s young daughter, Mary, which Thomas then tries to cover up by chopping the body into pieces and placing it in a furnace. As the authorities close in, Thomas goes to extreme and shocking lengths to conceal his crime. 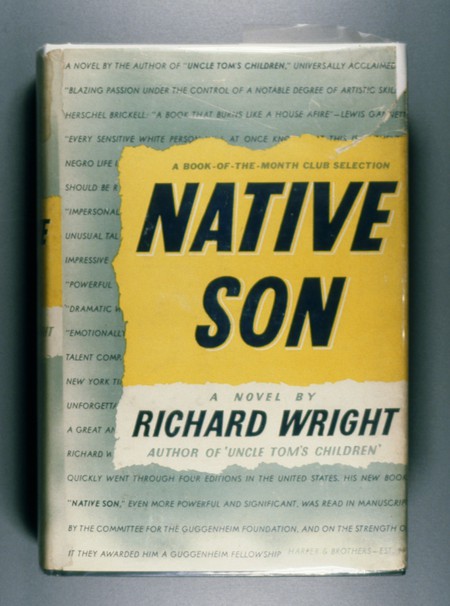 The first edition of ‘Native Son’ by Richard Wright | © Granger/Shutterstock

‘The Jungle’ by Upton Sinclair

Journalist and novelist Upton Sinclair hoped to disrupt America’s meatpacking industry with his book The Jungle. The story follows a family of underpaid immigrants from Lithuania as they risk filthy and unsafe working conditions in Chicago’s “Packingtown” – a district full of slaughterhouses and meat-processing plants – to stay afloat. Let down by the American dream, the Rudkus family experiences a series of increasingly harrowing events, all spiraling from corruption and negligence in the city’s meat factories. While Sinclair hoped to advance socialism by alerting people to inhumane practices, readers were more concerned with descriptions of the unsanitary factory conditions when the book was published in 1906. 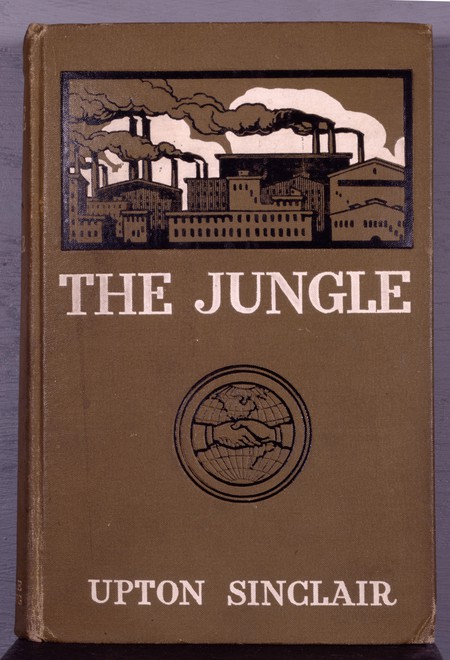