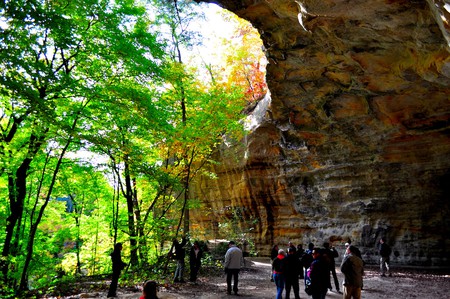 Illinois is home to 73 state parks, six state forests, and one national forest, all filled with wildlife, rivers, canyons, and prairies to explore, with great options available whether you’re looking for a relaxing walk in nature or a vigorous and challenging hike. These are 10 of best places to find great hiking trails.

A couple of hours southwest of Chicago on the banks of the Illinois River, Starved Rock State Park has 13 miles of hiking trails to explore, and 18 different canyons, 14 of which have waterfalls. The trails are open year round, with guided hikes also offered, and the park recommends visiting in spring or after a heavy rainfall to see the waterfalls in full effect. Eagle watching is popular in the winter, when thousands of eagles migrate to the area.

Stretching from the Ohio River on the border with Kentucky to the Mississippi River and the border with Missouri in southern Illinois, the Shawnee National Forest is huge and therefore has a wide variety of hiking options. Popular spots include the Jackson Falls Trail, a 4.5-mile trail that also offers some of the best rock climbing in Illinois, the short Rim Rock Recreational Trail, and the Garden of the Gods, featuring sandstone formations 320 million years old. 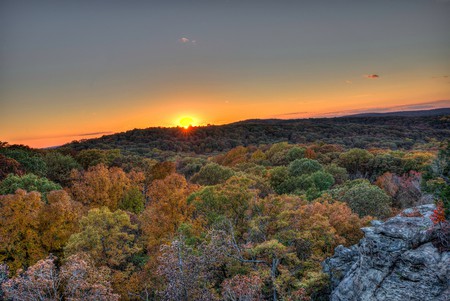 The Kankakee River State Park encompasses approximately 4,000 acres of land on both sides of an 11-mile stretch of the Kankakee River. The river ensures there’s a variety of nature to be seen, and the park’s trail system offers hiking and biking routes, and is even open for snowmobiling in the winter. The 3-mile loop along Rock Creek offers views of limestone canyons and a waterfall, with a suspension bridge across the river. 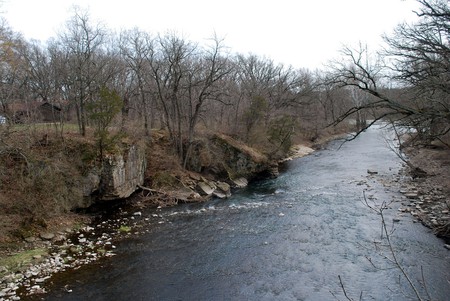 Despite it enduring as the state’s official nickname, barely any of Illinois’s prairie land remains. The Midewin National Tallgrass Prairie was established in 1996 as the nation’s first designated tallgrass prairie, with work ongoing to restore this endangered ecosystem, including the introduction of a herd of bison. There are 29 miles of hiking trails among the “sea of grass,” including the 1.5-mile Prairie Creek Woods Trail. 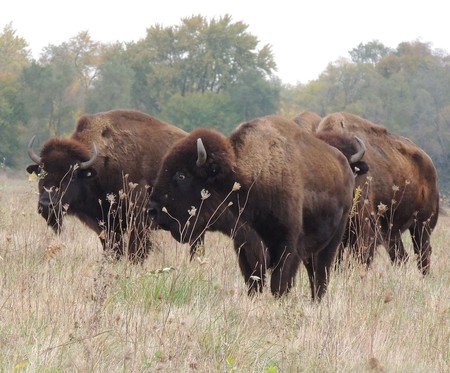 The near-2,500 acres of the Waterfall Glen Forest Preserve are covered with 11 miles of trails. The main trail is a 9.5-mile loop around the preserve on a limestone surface, with a number of inclines that make it a good workout. Unmarked paths off the main trail can also be explored, but be cautious, as they may not rejoin the loop. In addition to hiking, camping and fishing on the Des Plains River are other recreational draws.

Just east of Starved Rock, Buffalo Rock State Park is located on a bluff on the north bank of the Illinois River. Its has two trails, one high above the river offering great views of the water and surrounding area, and the other a trail exploring the trees and wildlife of a woodland area. Highlights of the park are the huge, Native American-inspired earthen sculptures by artist Michael Heizer, and the park even has a pair of bison! 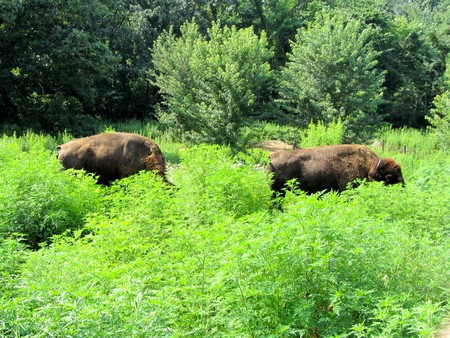 This park in Southern Illinois has a large number of hiking trails for its size, including the 2.1-mile Waterfall Trail, the Lake Trail, and Big Rocky Hollow Trail. Visiting after a heavy rainfall will ensure the waterfall is flowing nicely, and it can be explored up close by climbing a number of paths that reach the top. Otherwise, most of the trails wind between picturesque woods, with interesting rock formations to explore. 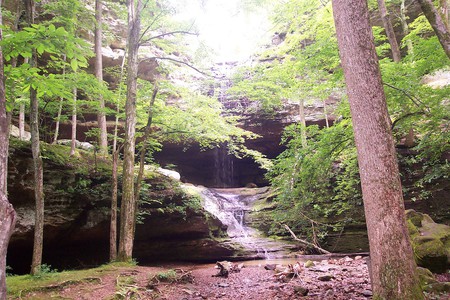 Fishing is the big draw for this state park, which was established in 1932 in the hilly northwest corner of Illinois, close to the border with Wisconsin. The effects of the Ice Age which flattened the land and filled valleys in much of Illinois did not take place here, and the canyon was home to a town that was completely washed away by flooding in 1892. Today its 1,907 acres have five trails to explore a variety of wildlife: Pine Ridge, Tower Rock, River Route, Sunset, and Primrose Trail. 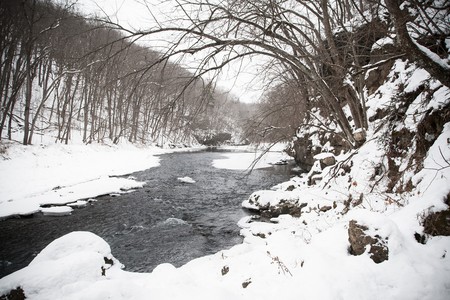 The southernmost of the clutch of state parks around the Illinois River, Matthiessen State Park offers real variety with its forests, canyons, streams, and prairie land. There are five miles of well-marked trails, with easier options in the upper area and bluff tops, and more challenging trails leading into the interiors of the two dells. Stay on the marked paths, as steep cliffs around the canyons can be dangerous. 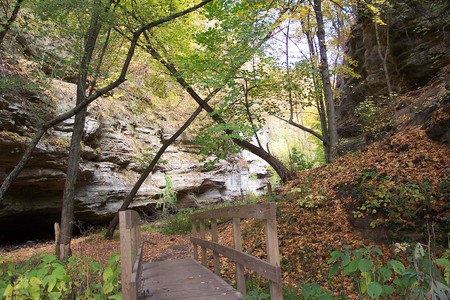 Directly west of Chicago in the Rock River Hills region of Illinois, this state park can be found on the west bank of the Rock River and takes its name from a sandstone bluff adjacent to the river. There are six miles of marked hiking trails to explore, with lots of distinctive flora and fauna, as well as remnants of the forests and prairies that once covered the land. 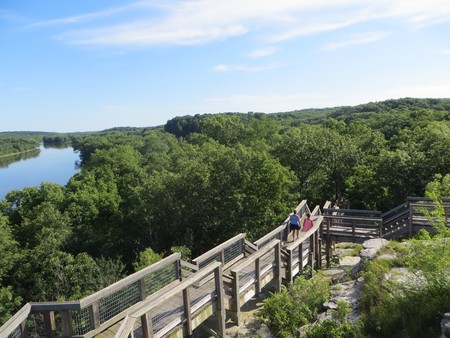