6 Best Places to Watch the Sunset Around Oahu 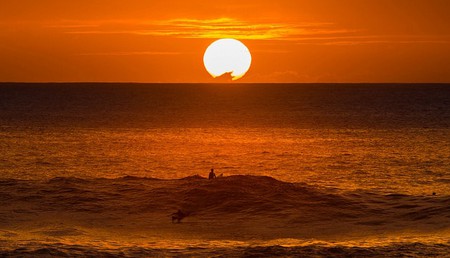 Hawaii’s location in the middle of the Pacific not only makes it a great place for water sports, but an equally fantastic location for watching the sun set into the ocean.

From any shore of Oahu, you’re bound to catch the vibrant, orange hues that mark the end of another day. Some locations, however, are better vantage points than others. This list includes the best places to watch sunsets around Oahu.

This tourist hotspot tends to be a bit crowded during the day since people are visiting from all over the world. At dusk, however, the beachgoers head back to their hotels or off to dinner, making it a bit more of an intimate place to check out the sunset. With dozens of beachfront restaurants to choose from, there’s also the option of enjoying the view from the comfort of your dinner table.

On the less crowded beach, you can also lay down a blanket and take in the scenery—especially on Fridays and Saturdays, when the beach hosts free movie nights. For the big spenders and special occasions, there are a lot of boat companies that offer catamaran sails during sunset. 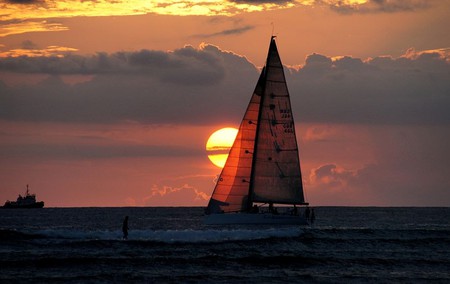 Also featured as one of Oahu’s most instagrammable places, the view from Tantalus is still very much a well-kept secret. Just a short drive into the island and up the mountainside, you’ll find that the view from up here rivals any other one from the shoreline. You can watch the sun dip into the ocean with views of Diamond Head and Honolulu as part of the wide canvas. If you’re looking for something extra special, taking the slow drive down the road from the lookout makes you feel like you’re almost mirroring the sun’s movements. 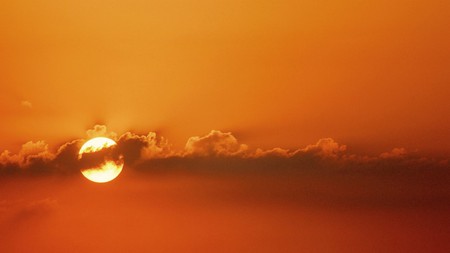 Because the sun goes down in the west, the best vantage point to catch that gorgeous view is by heading to the western shoreline. However, the drive to the west side of the island at the end of the day isn’t the most pleasant experience. After all, Hawaii has the worst traffic in the country. It’s all worth it, though. Kaena Point juts out of the side of the island, allowing for a clearer, more ocean-filled view. 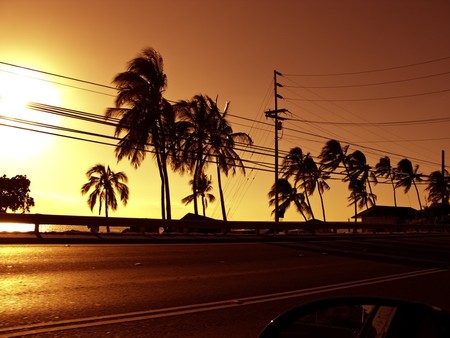 During the day, you’ll catch locals spending the whole afternoon cliff diving off of these rock formations. Who could blame them? China Walls is the perfect backdrop for those envy-inducing mid-air jump photos and drone shots. It’s easy to lose track of time here and most people usually do. After a long day out in the sun, this is also a great place to relax on the rocky shores and take in the beauty of nature and the sunset. 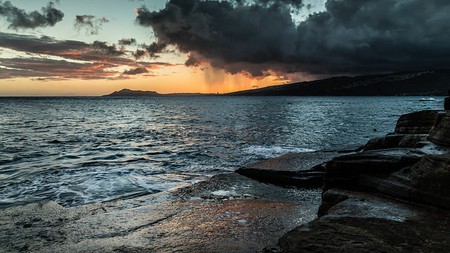 The North Shore of Oahu boasts some of the best beaches and surf on the island, with Pipeline being at the top of the must-see list. Not too far away from all of the action is the lesser known Shark’s Cove. It’s a lot quieter than the other beaches and their humongous waves, which also makes it a lot more family friendly. You’ll also see people wading and snorkeling among the series of tidepools the water has created. With delectable food trucks parked right off of the highway nearby, it’s a great place to have a quick meal and catch the sunset. 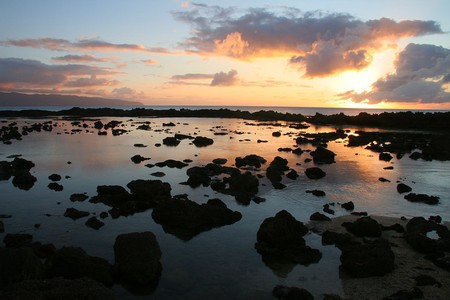 Set in the more industrial area of Honolulu near Ala Moana Center, you wouldn’t think an area like this could offer such astounding views, but Hawaii never disappoints. Though it’s not a quintessential sunset view of Hawaii, it’s still magnificent. If anything, the juxtaposition of the city’s backdrop with the setting sun is a more unique sunset experience than any of the aforementioned. 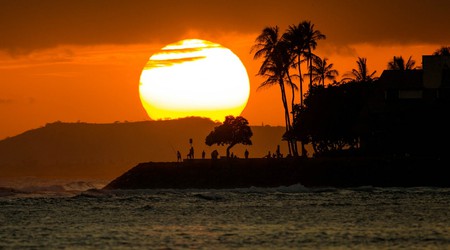 Sunset near Ala Moana | © Anthony Quintano / Flickr
Give us feedback