Why Sharks Are Highly Respected in Hawaiian Culture 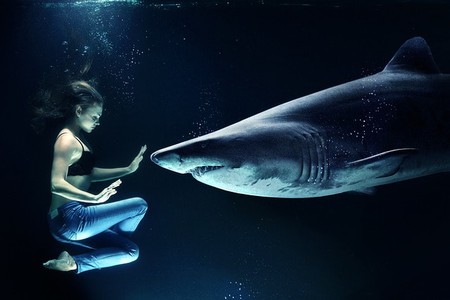 Shark representations are abundant in Hawaiian culture. The creatures appear in art, on tools, in legends. At the Bishop’s Museum in Honolulu, visitors can see old tools and weapons made with shark’s teeth and drum heads from shark skins.

Cultural Teacher Charles Kauluwehi Maxwell Sr. brought national awareness to the cultural importance of the shark in 1991, after the state of Hawaii authorized a shark hunt following a fatal shark attack off Maui in 1991. He stopped the eradication of sharks, citing the animal’s revered importance to local families, but why exactly are sharks so important to the Hawaiian community? 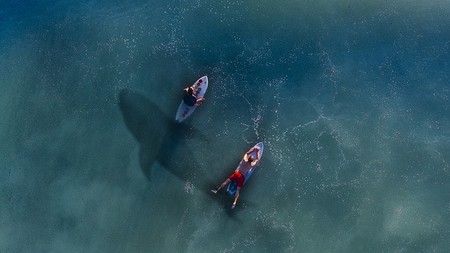 To understand why sharks are highly respected in Hawaiian culture, you must first understand ‘aumākua. ‘aumākua are intimate, spiritual members of a human family, taking the form of a certain animal or object. In Hawaiian culture, all things — animals, plants, rocks, rainbows, clouds — have an internal energy or spirit within them, which provides a means to communicate with one of the four greater beings: Kane, Ku, Lono and Kanaloa.

These objects or animals aren’t worshiped directly, rather they are seen as pathways for connection, doorways to the deity. They are given symbolic reverence, perhaps comparable to the cross or grail in the Christian religion. Their presence is sought in times of both festivity and crisis, and they act as healers, advisers and protectors of a specific family. According to Maxwell, “It was the ʻaumakua that Commoners [humans] could call on in an easy, less ritualistic way.”

As illustrated in ethnographer Martha Warren Beckwith’s account Hawaiian Shark Aumakua: “[Sharks] are, in fact, regarded as spirits of half-human beings which, rendered strong by prayer and sacrifice, take up their abode in some shark body and act as supernatural counselors to their kin, who accordingly honor them as household divinities.”

Part of the Family 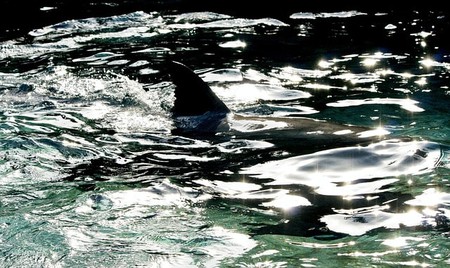 There are usually several ‘aumākua per Hawaiian family, and a common one is the shark. Sharks, much like dolphins and whales. They are valued for their high intellect and sensitivity. In the old days, shark ‘aumākua were believed to be born from aborted fetuses who were not birthed and not able to sustain themselves in life. The fetus would be taken to the sea and given to the sharks to consume , only to be reborn as a baby shark ‘aumakua. In this way, the link between the family and the shark was created.

Shark ‘aumākua are common to families that live near the sea. Other sea ‘aumākua are the cowry shell, limpet, squid and eel. Each Shark ‘aumakua has its own kahu, or keeper, a family member responsible for its care. The kahu would regularly feed its family’s shark, pouring pails of awa in the sea, creating special feeding ponds around the islands. To this day, some of these areas are still inhabited by a healthy shark population.

In times of joy or crisis, the shark ‘aumākua may appear to their family, in the form of a vision or dream, or physically in the ocean in a family member’s presence. It’s said to be male or female, red in color, shining and light-hued or spotted. It can be invoked by the family members, acting as spiritual counselors, protecting them from drowning or aiding in food supply of the household. There are many stories of lost swimmers being guided back to shore by sharks. If a member of a family dies, look to the natural world for patterns; a shark may appear next to a humpback whale, under a rainbow. In Hawaiian culture, these are signs of import.

“The shark’s role is to eliminate the dead, dying and sick from the ocean,” Maxwell said as reported to The New York Times. “It’s a top predator and is the most important in keeping the balance of the fish stock. Hawaiians are taught from a very young age that everything in the environment is connected. We want to reinforce its role as a guardian of the ocean and encourage respect when we enter its home.”

There are many legends surrounding particular sharks. One famous myth surrounds the great shark war, wherein man-eating sharks were driven out from the group. According to historian Mary Kawena Pukui, man-eating sharks, like the tiger or great white, were known as niuhi. In the old days, only chiefs, elected heads of the land, were considered brave and skilled enough to catch a niuhi, and women typically did not consume its meat. But the mother of King Kamehameha I, who united the Hawaiian Islands in 1810, is said to have asked for the eyes of the niuhi during her pregnancy to enhance the courage and leadership qualities in her unborn child.

In most cases, ‘aumākua are ancestors, a result of a deceased member of the family who returns in other forms, in a kind of rebirth. When the body is restored to the Earth, it feeds the soil, the plants, the animals in cycles of life and death and rebirth. In Hawaiian culture, the relationships between plant, animal, elements and humans are apparent. The concept ‘we are all related’ is more than a mere statement, it’s a state of being.

Diving with the ‘Aumākua 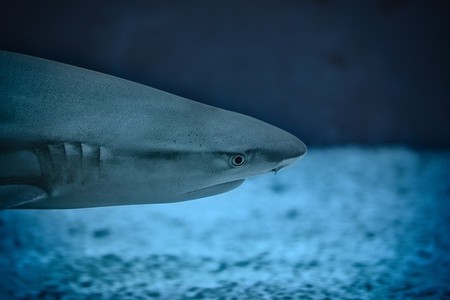 Even today, the cultural significance of sharks is unwavering. Maui Ocean Center’s Shark Dive program is part of a new phenomenon at aquariums in the United States where the public can pay to dive in one of the massive open tanks. The Shark Dive welcomes divers into its 750,000-gallon Open Ocean exhibition which houses 60 species of fish, including black tip reef sharks, sandbar sharks and a tiger shark.

Maui constantly rotates animals back into the ocean and changes its seawater by 1,500 gallons a minute from nearby Maalaea Bay. Maui Ocean Center’s program is a great way for divers to get up-close with sharks and learn to respect this oft-misunderstood animal, and, fittingly, it also includes a 15-minute video introduction by Maxwell that discusses sharks in Hawaiian culture.