Where on Earth Can You Replicate Mars? 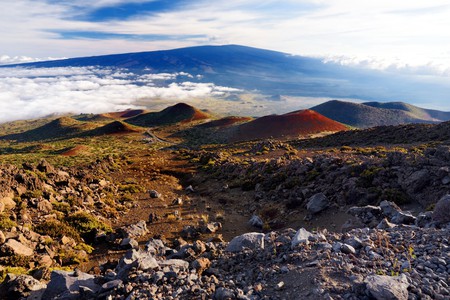 Ever since the discovery of a red planet in our solar system, humanity has been obsessed with reaching it, exploring it, and, ultimately, colonizing it.

That passion has already led to some extraordinary feats of engineering and innovation, but the bulk of the work is still to come. As we begin to ask the vital questions—like where and how we’d live on Mars—humanity needs Earthbound places to test their theories and technology. So, where do you go to find Mars on Earth?

Unless Mars undergoes a dramatic atmospheric transformation, nobody will be living there (at least not in the open) any time soon. The atmosphere is mostly carbon dioxide and, although there are plans to turn Mars from red to green through terraforming, it is likely to take a long time before the planet’s air is breathable. The temperature is also, on average, a chilly –81°F (–62.8°C).

This means the designs for habitats on Mars will need to be a little more complex than your average house plan, and will require rigorous testing. In order to test a building equipped to handle Mars, scientists must look for places that are similar in nature to the planet itself. That means extreme temperatures, dusty landscapes, and harsh soils.

Hawaii is one of the most prominent hosts for Mars simulations. The University of Hawaii’s HI-SEAS Habitat project is set up on “The Big Island” and hosts regular simulations of life on Mars. In September 2017, a crew of astronauts (four men and two women) emerged from an eight-month spell in the simulator. This experiment (the fifth of its kind) had the group living in complete isolation and eating nothing but non-perishable foods and lab-grown vegetables. The astronauts had a 20-minute delay when communicating with the outside world, as would be the case on Mars, and every time they wanted to go outside, spacesuits were required.

The HI-SEAS mission was set in Hawaii because of its geological similarities to Mars, and because of the lack of variation in the weather. The geologic makeup of the area is slightly unconventional as it’s situated on the side of a volcano.

Volcanic locations lend themselves well to Mars simulation. Iceland is another place touted as a potential for future Mars tests. In 2016 Canadian volcanologist Christopher Hamilton told Icelandic news site mlb.is that the central highlands of Iceland are the nearest thing on Earth to conditions on Mars. He claims the scale of the volcanic eruptions experienced in Iceland, and the interaction of ice and fire, provide the perfect Mars simulation setting.

“These eruptions are so large that they’re actually filling entire valleys. They move through and completely inundate the landscape and we refer to those as flood lava eruptions. On Mars, the volcanic eruptions are similarly so large that they just extend out over vast areas and are blocked by mountain ranges, valleys and other kinds of structures,” Hamilton said. 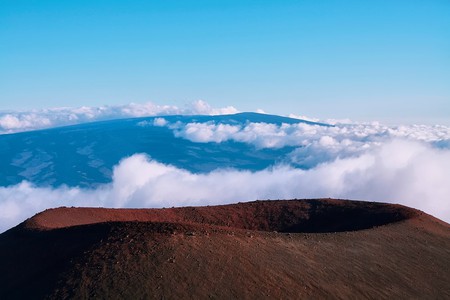 Mars City Designs (self-described as “the innovation platform for creating cities on Mars”) hosts a competition each year to find the best architectural designs for the Red Planet. This year’s winner came from a team of students at MIT, whose Redwood Forest project involved dome shaped tree habitats that can house up to 50 people each. The domes contain plants and water harvested from the northern plains of Mars and would be on top of a network of underground tunnels and make up a community of 10,000.

“On Mars, our city will physically and functionally mimic a forest, using local Martian resources such as ice and water, regolith (or soil), and sun to support life,” MIT postdoc Valentina Sumini, who led the project along with Assistant Professor Caitlin Mueller, told MIT News. “Designing a forest also symbolizes the potential for outward growth as nature spreads across the Martian landscape. Each tree habitat incorporates a branching structural system and an inflated membrane enclosure, anchored by tunneling roots.”

Describing the workflow of the project, Sumini added: “The design of a habitat can be generated using a computational form-finding and structural optimization workflow developed by the team. The design workflow is parametric, which means that each habitat is unique and contributes to a diverse forest of urban spaces.”

Each year Mars City Designs chooses some of the more innovative entries to try out in the Mojave desert. In this case the land is shared with the Reaction Research Society, which uses it for rocket launches. The organization says the desert environment emulates that of Mars in many aspects, but they really picked it for its remote location and natural resources.

“Unlike any existing Mars simulations out there that need extreme environments (with a dome and an isolated base, tested people being enclosed inside for numbers of days or months) what Mars City Design needs [is] simply more openness of the lands and places that can support us to test a bigger scale of sustainability and community system,” Vera Mulyani, CEO and founder of Mars City Designs tells Culture Trip. “So the selected places simply need to be flexible in becoming the next model of a self sustaining, autonomous city full of innovations and new lifestyle[s], new econom[ies] and happier citizens.”

Utah also plays hosts to major Mars simulations. The Mars Desert Research Station is located near Hanksville, and is privately owned and operated by The Mars Society. The station supports Earth-based research required for all human space exploration. The campus is surrounded by “terrain that is a geologic Mars analog,” according to the MDRS website.

The MDRS has four structures, including a habitat that can house seven crew members at a time. Over 1,000 people have participated as crew members at the station to date.

Future plans for Mars simulation environments are even more ambitious. In September 2017, the Dubai government unveiled the Mars Science City project, a 1.9 million-square-foot simulated Mars habitat. The space will include laboratories for food, energy, water, and testing on food security in the future. The city will also include a space museum, which will be built with 3D printed walls using sand from the Emirati desert. 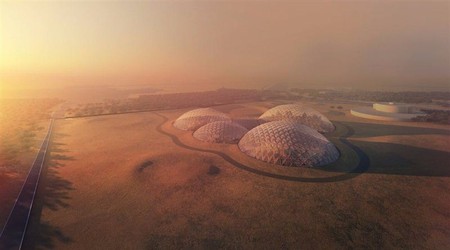 China has also announced plans to build a Mars simulation base, in the red cliff region in the Da Qaidam district. The location, again, was chosen for its Mars-like properties and landscape, Chinese officials said in August. The base will comprise of a Mars community and Mars campsite, which will be a tourist experience as well as a location for scientific study.

The difficulty of the task

Each of these testing grounds, from Hawaii to Iceland, Utah to Dubai, are harsh environments for humans to live, reflecting the difficulty of the task facing Mars missions. There are many obstacles when it comes to humanity’s quest to conquer the Red Planet but, with these simulations in place, a lack of preparedness won’t be one of them.