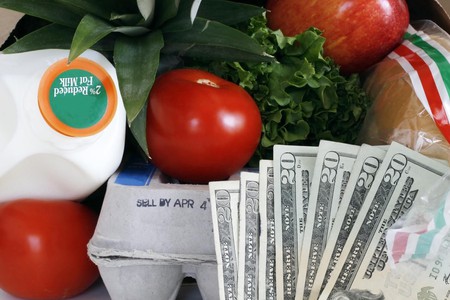 Milk, cheese, butter, and… a million dollars? For one Hawaii resident, a few trips to her local supermarket yielded a lot more than just groceries.

Ever wonder what it’s like to win a million dollars? One Oahu resident was lucky enough to find out. After entering a Safeway monopoly code online, she became the Hawaiian grocery store’s overnight millionaire.

Hawaii resident Tiana M. was determined to win a prize from the Safeway supermarket’s Monopoly promotion. “There was a day I came four times. I shopped here during my lunch break, after lunch, and I went home and came back and then I came back again,” she told reporters. Her steadfastness remarkably paid off after entering online codes collected from her shopping trips. One of the codes she entered was randomly selected in the Last Chance drawing, awarding her the Grand Prize of one million dollars.

Initially, Tiana was skeptical of the results. “I really thought it was a scam,” she said. But standing in her local Kapahulu Safeway on Sunday, the shopper held an oversized check provided by George Glukfeld, Safeway’s Hawaii district manager, written out to her in the Grand Prize amount.

Although other Safeway shoppers have won this million-dollar Monopoly promotion, Tiana M. is the first Hawaii shopper to win the supermarket promotion’s grand prize. Gambling laws vary by state in the U.S., and Hawaii’s laws are stricter than most. Hawaii has no state lottery, and many gambling-related activities are prohibited. This was only the third year that Safeway’s Monopoly game was available to play in the Aloha State.

From Safeway shopper to instant millionaire, Tiana plans to spend the money wisely. “I just want to be smart with it. I want to put it away. Some for my savings, some for my daughter’s future, some, hopefully, to buy a house,” she said. For Tiana, a bit of good fortune and lots of diligence paid off, and she’s grateful for it. “I just feel so blessed.”