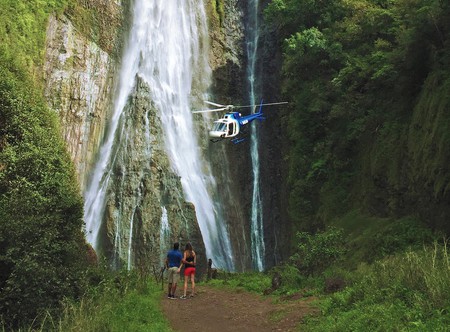 The Garden Isle serves as the natural backlot for many feature films, including Jurassic Park. In honor of the franchise’s 25th anniversary, visitors can now take an intimate look at iconic places used in the original movie, alongside other famous filming locations throughout the island.

The full-day tour is organized by the St. Regis Princeville Resort, located at the mouth of Hanalei Bay on the island’s rural north shore. Jim Pedone, director of sales and marketing at the resort, explains that this tour experience showcases movie locations while delving into the natural beauty that is quintessentially Kauaʻi. “[The tour] not only provides access to some of the most beautiful and coveted destinations on the island but also celebrates the incredible destination that is Kauai,” he said. 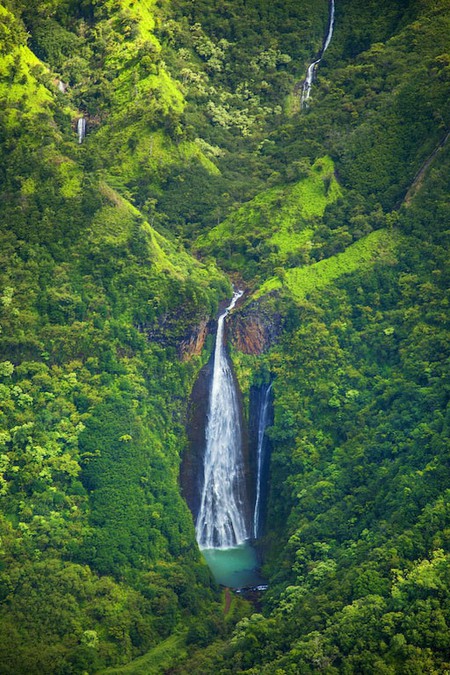 The private tour explores some memorable filming locations used in Hollywood classics, including Hook, South Pacific, Indiana Jones, and Avatar. The excursion is guided by Angela Tillson, an experienced Kauaʻi location manager who actually worked on many of the films herself.

Tillson explains that visiting a movie location in real life is an eye-opening experience. “Seeing a place with a focus on a movie you love will give you a perspective that the average tourist doesn’t usually get,” she said. With over two decades in the business behind her, Tillson can answer questions from the most hardcore film enthusiasts and maybe even tell you what it’s like to work with Steven Spielberg or Ivan Reitman. 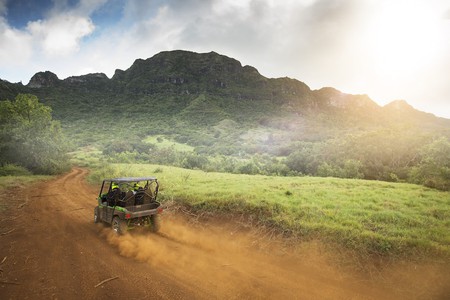 Movie buffs hop onto an ATV at Kipu Ranch and navigate through the Hawaiian rainforest full of delicate ferns and tropical plants before the greenery opens up to sweeping views of the Pacific Ocean opposite the weather-beaten mountain range. The expansive ranch sits on over 3,000 acres isolated in the serene countryside on the southern part of the island.

Similar to Kualoa Ranch on Oʻahu, which runs dozens of movie tours per day, production companies rent out Kipu Ranch to use as a backdrop, and it is much more off the beaten path. Most people don’t even know that movies are shot here—they recently hosted the crew of Pirates of the Caribbean: On Stranger Tides.

Although driving an ATV through the backcountry is fun, the best way to see any of the Hawaiian Islands is by helicopter. Pilots navigate into inaccessible remote areas where there are no roads or hiking trails, and guests board a private helicopter charter for a magnificent view of Manawaiopuna Falls, commonly known as Jurassic Falls.

The aircraft lowers alongside the towering waterfall just like in the arrival scene of the original 1993 Jurassic Park movie so that you can hone your inner Dr. Ian Malcolm. When looking up, you’ll see that the waterfall cascades down over 400 feet (122 meters) into Hanapēpē Valley—all you need now is the theme song playing in the background. 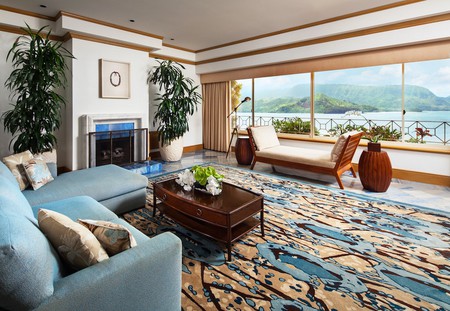 The St. Regis Princeville Resort and Mount Makana in the distance may look familiar to you as well because they were also used in filming. The mountain range played the volcanic island in the 1958 hit South Pacific. Also, 2011’s The Descendants starring George Clooney was shot on the property, and his character stayed in the Presidential Suite, which is available to book.

The hotel was mentioned in the book of the same name and was the obvious choice for the film adaptation. The Descendants had 142 nominations and won an Oscar for Best Writing of an Adapted Screenplay and two Golden Globes for Best Performance by an Actor and Best Motion Picture in the drama category.