The Top 9 Things to Do in Waikiki, Honolulu 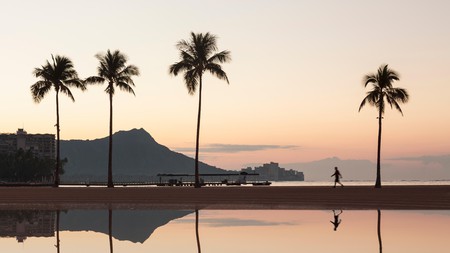 Honolulu’s Waikiki neighborhood has been a vacation spot for centuries – in the 1800s, even Hawaiian royalty spent their time here. And it continues to be a favorite among travelers and surfing enthusiasts worldwide. Explore all there is on offer with our list of the top nine activities. 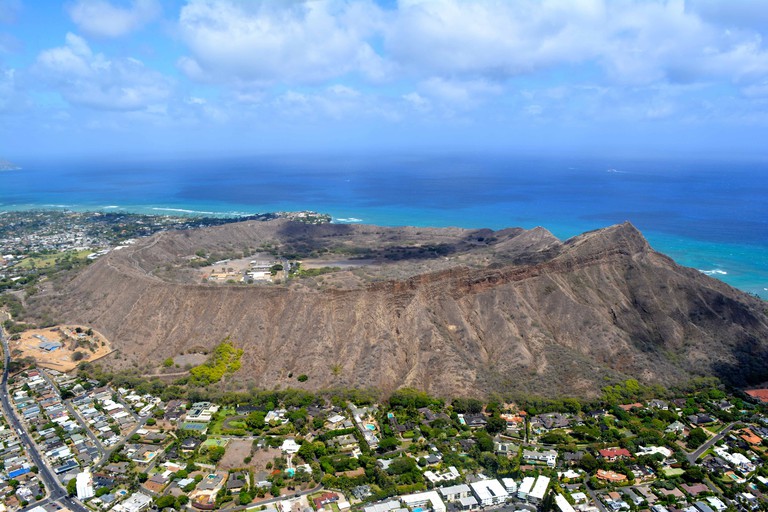 © GE Keoni
Diamond Head is part of a dormant volcano that is a defining feature of the Waikiki landscape. In fact, it is a US State Monument. The hike to the top typically takes about 45 minutes, but even though it’s short, it’s also very steep, with an elevation gain of 560ft (170m) in a quick period of time. But once you reach the observation platform at the summit, you’ll realize that the trek was worth it. From here, travelers enjoy unforgettable panoramic views of Waikiki and the Pacific Ocean.
Open In Google Maps
Diamond Head Road, Honolulu, Hawaii, 96815, USA
+18085870300
Visit Website
Give us feedback

Natural Feature
Facebook
Email
Twitter
Pinterest
Copy link
Share
Map View
There is no doubt that Waikiki’s most popular tourist attraction is its spectacular white-sand beach. Along this 2mi (3.2km) stretch, there are a number of great spots to sunbathe, cool off in the gentle surf, or take in a beautiful Hawaiian sunset. With the Diamond Head crater looming in the background, the scenery doesn’t get much better. When you’re finished at the beach, the nightlife of Waikiki is just steps away.
Open In Google Maps
Waikiki, Honolulu, Hawaii, 96815, USA
Give us feedback 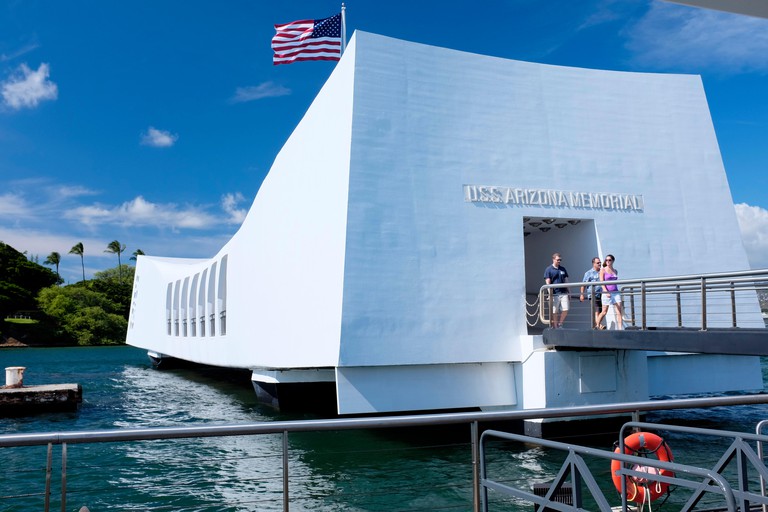 © James Nesterwitz / Alamy Stock Photo
Pay your respects to the departed at the USS Arizona Memorial, a 184ft-long (56m) structure that commemorates those who lost their lives during the Pearl Harbor attack on December 7, 1941. The memorial, built in 1964, straddles the sunken battleship and includes a marble wall bearing the names of all 1,177 sailors and marines who were killed. Prior to a boat ride to the memorial, you can watch a documentary about the Pearl Harbor attack. Millions of people visit the site each year, as has every US President since Franklin D Roosevelt, and Japanese Emperors Hirohito and Akihito.
Open In Google Maps
1 Arizona Memorial Pl, Honolulu, Hawaii, USA
+18084223300
Visit Website
Give us feedback

Building, Historical Landmark
Facebook
Email
Twitter
Pinterest
Copy link
Share
Map View
Built in 1882, the Iolani Palace was once the official residence of Hawaii’s monarchy. Today, visitors can experience the grandeur of the place, thanks to meticulous restoration work. The throne room, in captivating crimson and gold, is where King Kalākaua entertained guests, and on the second floor, you can check out the private suites. The palace grounds are thought to have been an ancient place of worship. Highlights include the royal tomb and the coronation pavilion, where the Royal Hawaiian Band often performs.
Open In Google Maps
364 South King Street, Honolulu, Hawaii, 96813, USA
Visit Website
Give us feedback 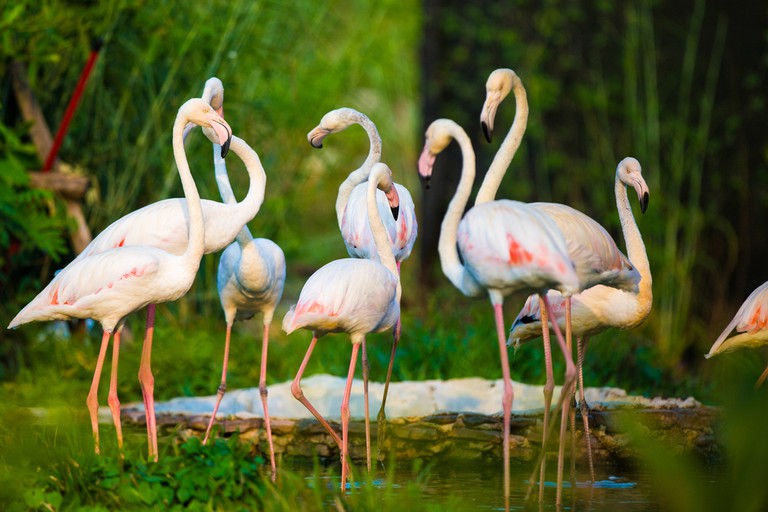 © Wanphen chawarung / Shutterstock
Animal lovers will no doubt venture over to the Honolulu Zoo, between Waikiki Beach and Diamond Head. Here, you’ll find 42 acres (17ha) home to more than 900 different animals from the tropics, including some rare ones: komodo dragons, giraffes and many different types of turtles and tortoises. Animals aren’t the only draw here, because the lush gardens feature an array of plants and flowers, many of which are indigenous to Hawaii.
Open In Google Maps
151 Kapahulu Avenue, Diamond Head / Kapahulu / St. Louis Heights, Honolulu, Hawaii, 96815, USA
+18089263191
Visit Website
Give us feedback

Take a break from the sun and head to the Royal Hawaiian Center, one of the largest shopping malls in Hawaii. With more than 100 shops and restaurants, you’ll find almost everything here, from luxury brands and upscale dining to surf shops and ice cream. Located in the center of the mall is a lush garden, as well as a bronze statue of Princess Bernice Pauahi Bishop, the great-granddaughter of King Kamehameha. The Royal Hawaiian also offers daily cultural programs, such as hula dancing and Hawaiian quilting and weaving courses. 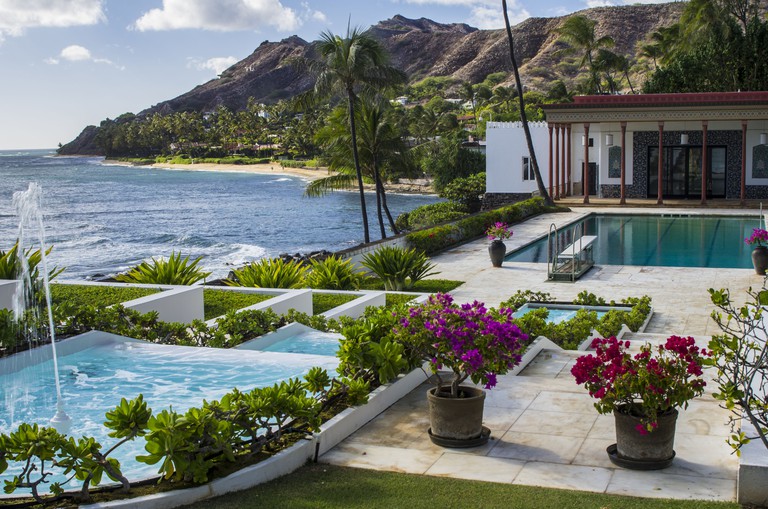 Shangri La is the impressive estate of Doris Duke, heiress to the founder of the American Tobacco Company and Duke Energy Company. She became interested in philanthropy and experiencing different cultures through travel, eventually becoming enamored with Islamic art after seeing the Taj Mahal in India. Over a period of nearly 60 years, she amassed a vast collection of Islamic art, now on display at Shangri La. Admire the intricate mosaics, tile work, carpeting and architecture of the house itself. Outside, the ocean views and beautifully maintained gardens are magnificent.

US Army Museum of Hawaii

Just a short walk from the beach, the US Army Museum of Hawaii was originally built to protect the islands from invading forces. Today, it is home to a museum that traces the military story of Hawaii, from ancient times to the Vietnam War. History buffs and anyone with an interest in the military will find this free museum fascinating. Plus, you’ll get a chance to see old helicopters, tanks and other military equipment. 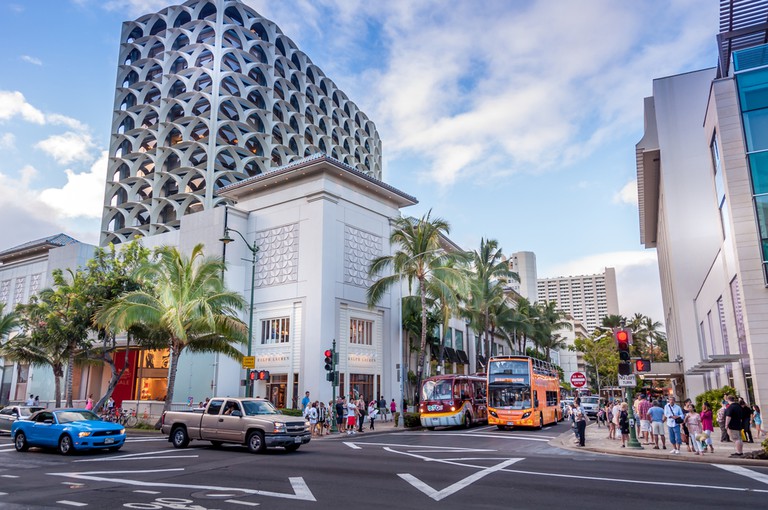 Known as the heart of Waikiki and named after King David Kalākaua, this bustling thoroughfare is home to the area’s most prominent hotels, restaurants and shops. There is no shortage of places to stock up on Hawaiian specialties like Kona coffee, macadamia nuts and fruit preserves. You can also check out some of Waikiki’s historic hotels, like the elegant Moana Surfrider and the bright pink Royal Hawaiian. On Kalakaua Avenue, you’ll be in the middle of all the action.