The Story Behind the Haunted Kaniakapupu Ruins 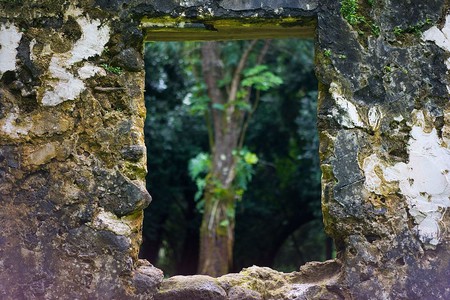 Visitors to Oahu pass the Pali lookout daily, making their way around the island. They take photos of the view and bask in the scenery, without ever knowing that the haunted Kaniakapupu Ruins are barely a hike away.

There’s something magical in walking through a crowded bamboo forest. The patches of light coming through the forest ceiling and sea of greenery make for a mystical setting. However, entering this particular forest just off the Pali highway has a reputation for giving hikers some additional chills. In a way, it almost acts as a wall – natures’ solution of hiding Kaniakapupu away from curious passersby. 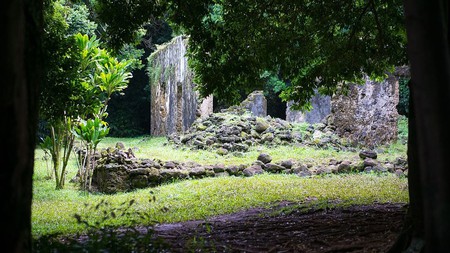 King Kamehameha’s summer home was originally built as a place for the king and his consorts to cool off during the unforgiving summer months. The walls were made of stone. Coral found in the surrounding reefs was melted down to hold the structure together. As western culture made its way into Hawaiian civilization, this also became an important meeting ground for the king to discuss important matters with his advisors, away from the probing eyes and ears of the newcomers.

The area around the Nu’uanu Valley, where the ruins stand today, is riddled with wartime ghost stories and Hawaiian superstitions – the strongest of them being the supposed presence of Nightmarchers, or Huaka’ipo.

No surprise there. Just nearby, at the Pali lookout, is where King Kamehameha and his warriors fought their final, bloody battle in an effort to unite the Hawaiian islands. The lingering souls of wounded warriors are said to make their appearances in the area, not limited to the king’s own hideaway. 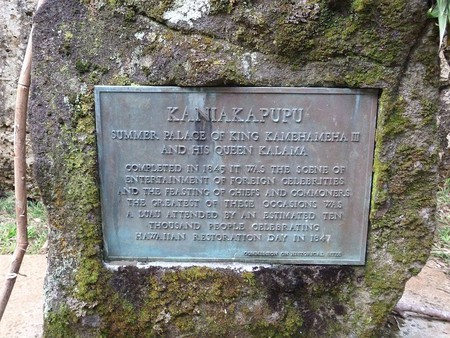 Whether they are meant to honor King Kamehameha or to appease the Nightmarchers, offerings are still left at the site today as a sign of respect. The thatched roof is gone now, leaving the structure of the old summer home a victim to the elements.

One window remains, holding in it a mystery. It was built off-center, as the Hawaiians believed that if they did this, they could avoid being in the eye line of Nightmarchers. See, the minute one of these unrequited spirits is able to glance at you, your fate is sealed. They are said to walk in single file, carrying torches, and chase away anyone who dares to set foot in the area.

Curious hikers still make the trip to try and find this site as the path to it is unmarked, save for a bit of a stone path. It’s the center of intense debate whether they should, though. The site is considered kapu, and some locals will argue that foreigners should be barred access. “Enter at your own risk” is pretty much the situation at Kaniakapupu. If you do, you better hope nothing follows you home. 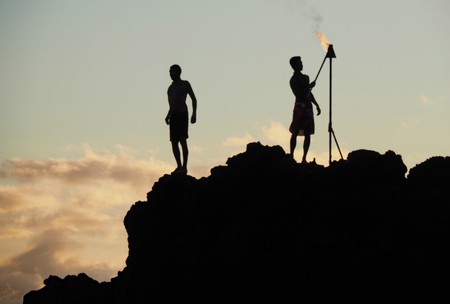