The Kalama Brothers’ Musical Tribute To The Hawaiian Islands

As talented musicians and vocalists, loving brothers and devoted sons, the Kalama Brothers produce music that both honors their Hawaiian heritage and represents their passion for contemporary musical genres. The sudden passing of their father in 2010 was the impetus for the brothers’ decision to record an album together in their land of origin, thus embarking on an exploration of their roots through their joint musical gift. 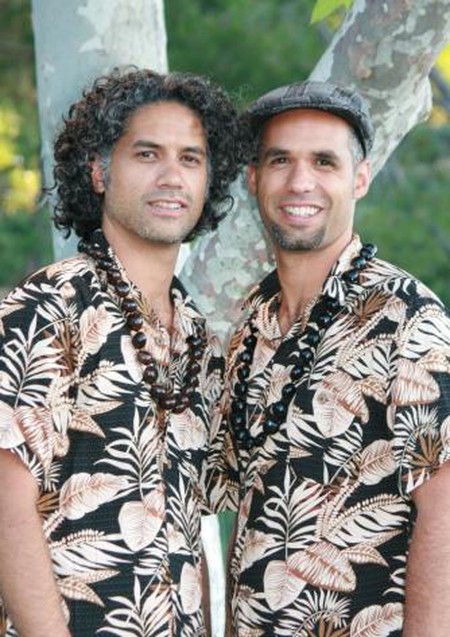 In a performance at the Redlands Theatre Festival in August of 2012, the Kalama Brothers began by introducing a group of traditional hula dancers who, dressed all in white, swayed slowly onto stage whilst chanting harmoniously in the Hawaiian language. As they knelt down to surround the brothers, Ryan and Kai Kalama began to play, accompanied by the gentle choreography and musical contributions of the dancers. The song ‘I Ka Pono’, sung in English with overlapping lyrics in Hawaiian, is a tribute to their father, who passed away in 2010. The elder Ron Kamala, who formed the original Kalama Brothers band together with their uncle Baldwin Nainoa Kamala, left to his sons a great appreciation for music as a method of accessing their cultural roots.

Ryan and Kai Kalama come from a family of gifted musicians. The two developed their vocal skills under the supervision of their mother, who worked as the choir director of the family’s church. Meanwhile, their confidence in performing for an audience grew from watching their father entertain through his music and from their own occasional stage appearances as they joined in with him throughout the years. Although they were raised in California, their father worked to bring the beauty of the Hawaiian culture to their mainland upbringing, and the two took hula classes as young boys. Prior to Ron Kamala’s death, the brothers had been involved in two separate bands, Off White and Soul Rebel Allience, and shared an interest in rock, punk and soul among other genres. Kai is also known for his debut in the eighth season of American Idol, where he made it as one of the top 36 contestants. Ryan and Kai had always intended to record an album with their father, and in his wake they resolved to return to their homeland and form a band in tribute to their island heritage.

A recording that the brothers discovered of their father’s original song, ‘O’ahu’, formed much of the inspiration for their decision to start their own musical ensemble. Having grown up listening to ‘O’ahu’, they were eager to bring the tune to an audience, as their father had never managed to reach a public with this piece of music. Since happening upon this sentimental treasure, Ryan and Kai have begun to produce what they classify as hapa haole music – a genre mixing traditional Hawaiian melodies with contemporary pop. Their album, Keau, which blends their own musical preferences with that of their heritage, was recorded in Hawaii with Maui music icon ‘Uncle’ Willie K. 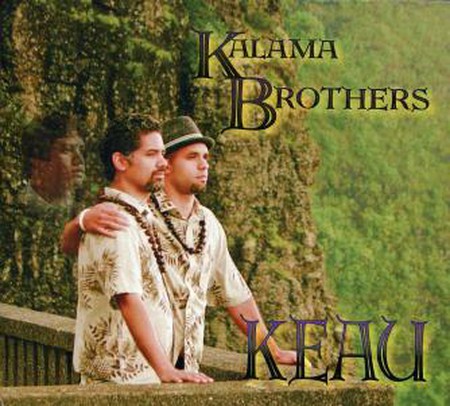 Following ‘O’ahu’, which expresses nostalgia for the titular Island of their father’s birth, the Kalama Brothers produced ‘Pali Wind’, the message of which suggests how generations can remain connected through O’ahu’s strong breeze. A deeply spiritual moment that Ryan and Kai shared whilst visiting a lookout point on O’ahu, nearly a year after their father’s death, was the inspiration for the lyrics of ‘Pali Wind’. Another single, ‘Come Back to Hawaii’, expresses the experience of growing up on the mainland United States and the sense of belonging that came from being reunited with their land or origin. Although the brothers sing primarily in english, ‘Waika’ is sung entirely in Hawaiian. The title of this song translates as ‘those who go before’ and is usually used in the context of war, where a scout would be sent out into the battlefield prior to the troops to report on what he saw. Its use in the title and lyrics of this emotional song signifies those friends and family who pass on and after death ensure a safe haven for those loved ones who have yet to join them.

The Kalama Brothers recent projects include: a July 2013 PBS special broadcasting their live performance at the Ford Theatre in Burbank, California and a Christmas 2013 Hawaiian tour to accompany the release of their holiday album.