The Best Vegetarian and Vegan Restaurants in Hawaii 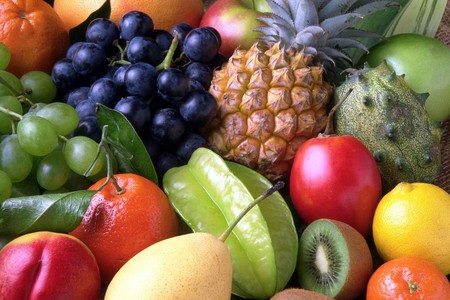 With plenty of organic produce, agricultural initiatives and farm-to-table values, Hawaii’s no stranger to vegetarian and vegan delights. Here’s a list of 10 amazing meat-free restaurants in the Aloha State.

Under the Bodhi Tree (vegan)

The lovingly furnished and creatively named restaurant, Under the Bodhi Tree has an eclectic menu of wellness shots and smoothies, noodle bowls and tofu salads. Try the house-made kimchi, the vegan coconut French toast and the steel cut oats. We bet you won’t leave without feeling like you’ve significantly boosted your health points!

Simple Joy celebrates its minimalist roots with understated furniture and uncomplicated recipes. But don’t let its simple trappings fool you –this restaurant may appear simplistic but the flavors are anything but. Stop by for the garlic mushroom pasta, eggplant parmigiana linguine and “broke da mout” (pidgin for “ridiculously good”) pumpkin coconut soup.

Though it doesn’t bill itself as a vegetarian restaurant, Simply Natural of Honokaa town on the Big Island certainly excels at succulent vegetarian meals. The menu changes daily but is known for açai bowls and taro pancakes that will set your mouth watering. Imagine cute murals, painted chairs and tasty ice cream, all just a 15- to 20-minute drive from scenic Waipi’o Valley.

Kombucha on tap .finally I feel like I am at home on maui. #mauikombucha #mauinokaoi #kombucha #haiku 朝一番、マウイコンブチャへ。やっと家に帰って来た感じ。今日のフレイバーは、ホーリーベイジルyum💗

This handsome café is a kombucha brewery that tops off its bubbly liquids with raw vegan plates. Swing by for the usual pizza and lasagna with a vegan twist, all served with a side of homemade salad. Then quench your thirst with fresh kombucha, a sour, sparkly fermented tea that will knock your socks off.

lunch with the auntys 🌴

The bright atmosphere of Vegan Hills oozes positivity, promoting well being with non-GMO vegan meals. A fusion of Asian and Western styles of gourmet vegan cooking, the menu was developed from nutritional traditions like Ayurveda, macrobiotics, Zen Shojin Ryori temple recipes, Buddhist cooking and Taoist medicine. If you’re in for brunch, try the sweet corn pancakes or chili bowl, or, for something really unique, eat like a Zen monk with the Zen breakfast: brown rice, tofu scramble, bok choy, seaweed soup and hijiki sea vegetable.

Discover vegan dishes with an innovative Hawaiian twist. This casual eatery focuses on organic and creative foods, from kale falafel bowls to the Oh WOW Laulau (slow-cooked taro and sweet potato served in luau leaves with a choice of poi, brown rice or tofu poké). This little gem is located in the rural farm community of Waimānalo and has partnered up with many neighborhood farms, so you can be sure the ingredients are fresh and local.

North Shore’s Haleiwa is home to the Beet Box Café, a hit among vegetarians and vegans. Stop by a post-beach bite and try a delicious bean and rice burrito, portobello sandwich or veggie burger. If you need a pick-me-up or hangover cure, the Zen breakfast is chock-full of vitamins and spicy curry flavor.

Your taste buds won’t miss a thing at the Peace Café. This take-out café is always mindful of organic, gluten-free, and vegan options. Drop in for a light afternoon dessert, spelt flour muffins, sugar-free mochi cakes or homemade dairy-free ice cream. Or go savory at lunch with Moroccan spiced stew or a miso-tahini tofu sandwich.

The trendy, friendly health bar Nalu stocks a wholesome menu of fresh açai bowls along with wraps and smoothies. The menu offers omnivorous options, so meat-eaters are welcome, but it’s the vegetarian dishes that really shine here: the hummus veggie wraps, toasted caprese panini, and no less than three fruit bowls. The Nalu Bowl is a particular favorite, Brazilian açai topped with berries, bee pollen, granola and honey. Be sure to check out for their colorful murals!

It’s no wonder that Water Drop takes its vegetarian dishes seriously — it’s owned by Buddhists, after all. With Chinese-inspired dishes ranging from veggie dim sum to braised tofu with tomato to fried bean curd balls coated in sweet-and-sour sauce. Water Drop might not be the healthiest of options, but it’s certainly one of the more creative. Though its clean floors feel more like a cafeteria, what it lacks in ambiance it makes up for its explosions of flavor. If you’re hankering for Chinese without the heavy meat, this is the place to go.