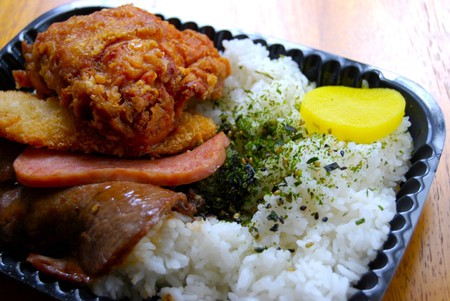 In Hawaii, Zippy’s Diner is a classic must-visit—serving American dishes alongside local favorites for over 50 years.

A 24-hour late-night hot spot, Zippy’s is a particular island attraction. For locals across the Hawaiian islands, potlucks will always include at least one Zippy’s item—it’ll probably be the large barrel of chili or fried chicken. And if you ask any local, they will easily be able to tell you their favorite dish from this iconic diner. With locations on Maui, the Big Island, and all over O‘ahu, the popular Hawaii chain is also opening a Las Vegas location to cater to its large Polynesian community. For visitors who want to grab a quick and classic island bite, these are eight dishes you should try at Zippy’s.

This hearty soup was introduced to the islands by Portuguese immigrants who came to work on the plantations in the early 20th century. Today, almost every family in Hawaii has their own version of Portuguese bean soup—and they each likely think theirs is the best. The soup typically includes smoked ham hocks, Portuguese sausage, kidney beans, cabbage, potatoes and macaroni pasta.

If you ask a local about Zippy’s chili, they’ll quickly be able to tell you their preference of original, no bean or vegetarian. The recipe was created by the café founders back when it first opened in 1966, and today, they sell over 100 tons of chili each month. The signature dish also makes its way into some of the other menu items like the chili omelette, chili frank plate, chili moco (a take on a loco moco) and the chili burrito.

Don’t forget to sign up for our Email Newsletter by tonight Feb 21st (10pm) in order to receive our #NationalChiliDay coupon tomorrow morning Feb 22nd via email. #nextstopzippys

This favorite noodle dish was inspired by Hawaii’s unique mix of cultures—particularly Japanese ramen and Chinese mein. Saimin always contains green onions, fish cake and char siu pork. But Zippy’s version offers different options, including some that are topped with dumplings (won ton min), yellow curry or chicken katsu. They even have a fried noodle variation without broth.

Only available on Fridays, the Hawaiian plate comes with two scoops of rice, a lau lau, and kālua pig. And nothing says Hawaiian food like lau lau. The traditional dish is made with meat and fish or vegetables wrapped in taro leaves. You can order different combinations at Zippy’s—for example, lau lau and curry.

White rice with a hamburger patty, gravy and sunny-side-up egg doesn’t seem like something from Hawaii, but loco moco is an island favorite. This dish is found on most menus and is also eaten for breakfast.

Crispy fried chicken is tossed in a tangy Korean sauce to create this sweet and savory dish that comes with rice, of course. Served at many restaurants throughout the state, Zippy’s variety is definitely up there with the best of them.

These bentos are meant to be eaten on the go and are perfect for lunch at the beach. The Zip Pac comes with one piece each of teriyaki-marinated beef, Spam, breaded hoki, and fried chicken on a bed of rice. The Surf Pac is the same except without the fish and an extra piece of beef and chicken.

My kinda comfort food! Da 808 peeps know where its from. 🤙

Don’t forget to check the board for the daily specials. There will always be at least three or four special plates that are typically some of Hawaii’s favorite foods, such as chicken long rice, Hawaiian stew, teriyaki pork, or kālua pig.