The 5 Most Famous Hawaiian Songs 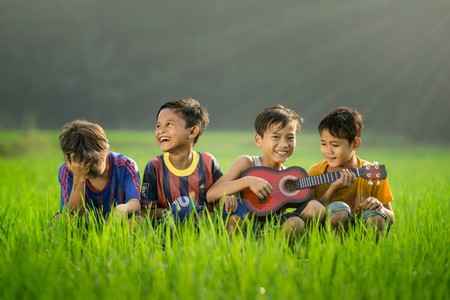 Dust off your ukulele and strum along to these classics. These soothing musical gems were inspired by the islands of Hawaii and have truly stood the test of time.

The following songs are world-renowned, and the music continues to come out of Hawaii, whether its in the form of pop stars like Bruno Mars or Asia-wide hits like those by Kolohe Kai.

Somewhere Over the Rainbow

Judy Garland introduced Somewhere Over the Rainbow in the famed film, Wizard of Oz. However, it can be argued that Israel Kamakawiwo’ole perfected this classic song. This ukulele lullaby is not only famous throughout Hawaii, but the world over. It’s one of those tunes that we’ll sing along to, even in the worst of moods. Israel’s voice almost calls to us like a comforting childhood memory and we’re thankful for that.

It’s no secret that Elvis Presley was a huge fan of the state of Hawaii. So famous they named a cocktail after it, this island-inspired ballad is an ode to his affection. Listen to it while sipping on a mai tai with eyes closed. It will make anyone feel like they’re perched on a beach in Waikiki at dusk.

“Ke Kali Nei Au” literally translates to “Waiting Here for You” in Hawaiian. This song has made it to many a beachfront wedding and is a beloved classic. There’s an English version made famous by Elvis Presley, but the original is still a crowd favorite. The soothing melody sets the scene for a romantic environment with each strum of the guitar.

Hawaiian music can’t be mentioned without including Don Ho and his bubbly classic. Though this song was released a long time ago and may seem dated, hula schools around Hawaii today will still use it against their choreography. A song sure to make anyone grin, this is also a great tune to sing along to with friends after a night of champagne celebrations.

To You Sweetheart Aloha

To You Sweetheart Aloha is one of those farewell songs that somehow induces tears and smiles at the same time. It’s a melody that made its way around the globe via many variations, including one by the beloved Louis Armstrong. Originally performed by the band at the Royal Hawaiian in Waikiki, the song was written by Harry Owens in the 1930s. Since then, it’s become the default melody for anything Hawaiian themed and a timeless classic.