The 10 Most Beautiful Towns in Hawaii 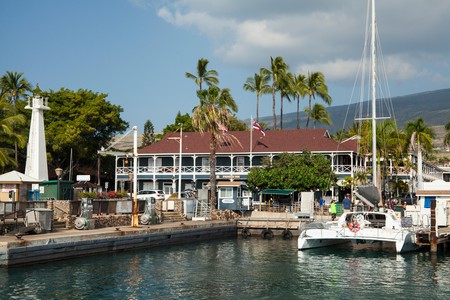 The islands that make up the state of Hawaii offer a variety of scenery, cultures and histories. While big cities like Honolulu are worth a visit, towns across the islands offer wonderful slices of Hawaiian life. From Honokaa to Koloa, here are 10 of the most beautiful towns to visit on the Hawaiian Islands. 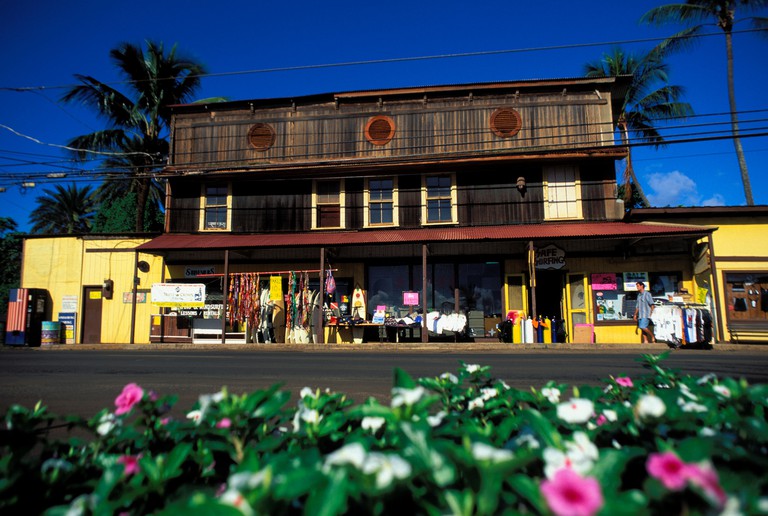 Oahu is the most populated of the Hawaiian islands, with the state capital of Honolulu attracting millions of visitors each year. But just 30mi (48km) north of the city lies Haleiwa, which exists almost exactly as it did decades ago. The town was developed amid several large sugar plantations, which defined Haleiwa’s commercial and production industry. Now, the town is better known as the surfing capital of the world. Experienced and professional surfers go to Haleiwa for world-class waves, but there is fun to be had for all travelers in the pristine water and the locally-owned shops of this small town.

Open In Google Maps
Haleiwa, Hawaii, 96712, USA
Give us feedback 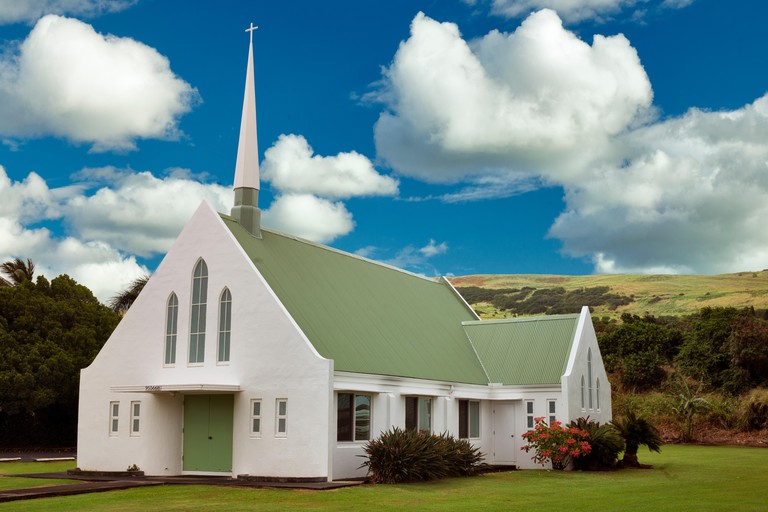 © Dennis Frates / Alamy Stock Photo
Naalehu is a vibrant small town that proudly claims to be the southernmost spot in the USA. With fewer than 1,000 residents, it is a destination for visitors looking to get away from some of the large and more commercial cities in Hawaii. Naalehu sits on the edge of the Kau forest reserve, with the powerful Mauna Loa volcano just beyond that. Just 9mi (14km) north of Naalehu lies Punaluu, a famous black-sand beach. Naalehu is a sleepy town where visitors can visit a few local restaurants, bars and bakeries and take in the natural beauty of the island.
Open In Google Maps
Naalehu, Hawaii, 96772, USA
Give us feedback 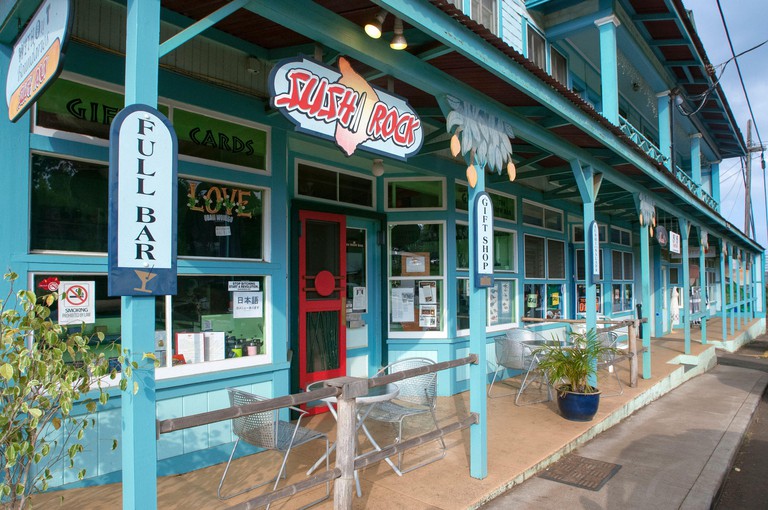 Perched on the northernmost tip of Hawaii’s Big Island, Hawi is the perfect town to while the time away in. The small central business district features a delightfully walkable stretch of art galleries, restaurants and boutique shops. Hawi has a rich history of sugar production, with brightly colored plantations offering tours and a glimpse into the area’s history. Each fall, the otherwise quiet town is abuzz with excitement, as athletes in the world-famous Ironman Triathlon turn around in the city during the biking portion of the race. For more adventurous spirits, travelers can tour the nearby Kohala fruit farm or ride the Kohala zip lines.

Open In Google Maps
Hawi, Hawaii, 96719, USA
Give us feedback 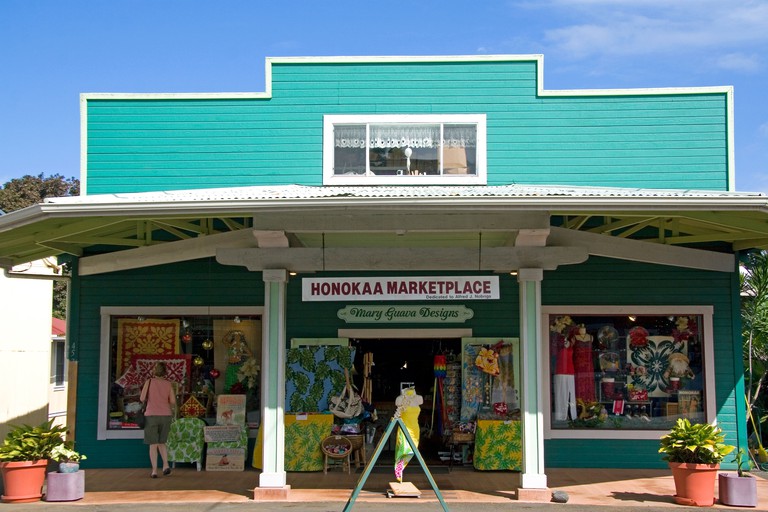 Like many other towns on the island of Hawaii, Honokaa grew out of a prolific and profitable sugar-growing industry. Ever since the largest sugar company near Honokaa closed in 1994, the town has quieted down significantly. Now, it has a charming historic downtown area with a beloved community theater, restaurants and shops. Beyond the well-known sugar, coffee and pineapple crops, ranching is also a strong industry on the island. Every May, Honokaa hosts Western Week, a lively celebration of the town’s history of ranching, with live music, a festival and rodeo events. For guests wanting to get in on the rodeo adventure, several touring companies offer tours of the nearby Waipio Valley via horseback.

Open In Google Maps
Honokaa, Hawaii, 96727, USA
Give us feedback

Natural Feature
Facebook
Email
Twitter
Pinterest
Copy link
Share
Map View
Kaunakakai is a peaceful town on the lesser-known island of Molokai. The town boasts a history of fishing, ranching and farming and is considered by locals to be a paniolo, or Hawaiian cowboy, destination. Just 12mi (19km) north of Kaunakakai is Kalaupapa, a town that served as a colony for exiled lepers for nearly a century. The isolation law that banned people with leprosy was lifted in 1969, and the town returned to its previous state as a quiet fishing village. Today, the Kiowea Beach Park on the west end of town is a lovely place to see Kapuaiwa, an ancient royal coconut grove.
Open In Google Maps
Kaunakakai, Hawaii, USA
Give us feedback 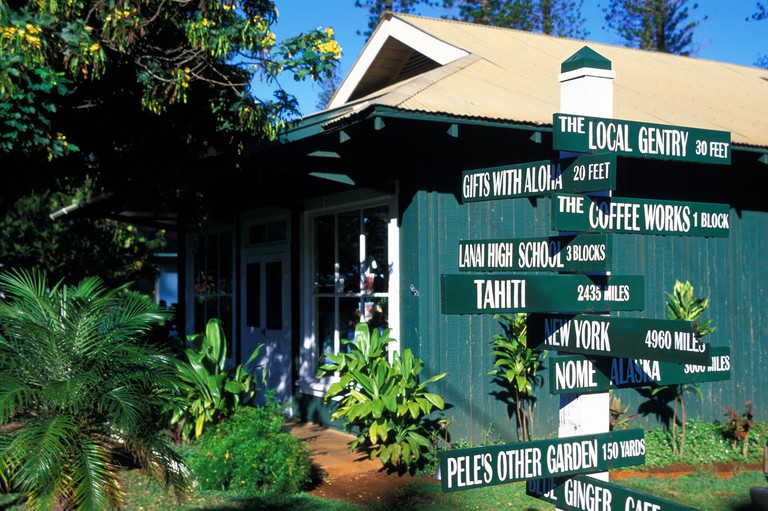 The island of Lanai was once home to a Mormon colony. But in 1922, a company that would later be known as Dole began growing pineapples. For 70 years, Lanai was the world’s largest producer of pineapples, growing 75% of the world’s supply. As a result, the small island appropriately gained the nickname Pineapple Island. Lanai City is geographically located near the center of the island and is set at nearly 1,700ft (518m) above sea level. The charming small town has several restaurants offering traditional Hawaiian cuisine, art galleries, jewelry shops and coffee houses. Visitors can take biking tours of the town and nearby views of the coastline. Other outdoor activities, such as horseback riding, golf, and clay shooting, are available in Lanai City. 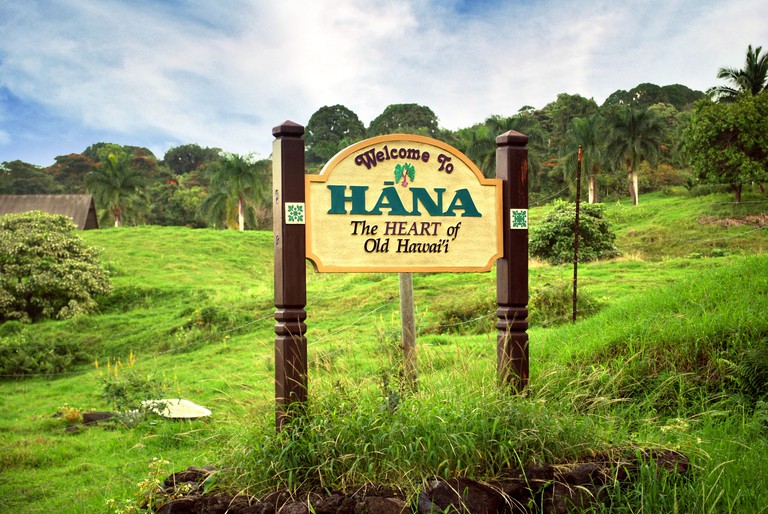 The city of Hana is secluded and somewhat difficult to get to, which adds to the magic of this remote village. Hana is 52mi (84km) from Maui’s largest city, Kahului, and is connected by a winding and precipitous highway. The road to Hana has become famous for its stunning views, narrow passes and hairpin turns. Once arriving in Hana, you will have an experience unlike any other. The town is pristine and austere, seemingly stuck in an era long gone. Popular attractions and activities include snorkeling, hiking, a tropical botanical garden and a black-sand beach. Hana is also home to Pi’ilanihale Heiau, a basalt temple dating back to the 14th century.

Open In Google Maps
Hana, Hawaii, 96713, USA
Give us feedback

Natural Feature
Facebook
Email
Twitter
Pinterest
Copy link
Share
Map View
Lahaina is one of the larger cities on our list, but this historic town is not to be missed. The city was once the capital of the entire Hawaiian Kingdom, and its port was extremely busy during the 19th century as a hub for whaling. Herman Melville, the author of the literary classic Moby Dick, even passed through, taking a leave in Lahaina during his years at sea. A large section of the city is designated as a historic district and has been preserved for locals and visitors as a delightful homage to the past. Lahaina’s Front Street is home to dozens of shops, art galleries, and restaurants, as well as an upbeat nightlife. A number of theaters also offer world-class shows and performances, theatrically highlighting and sharing local dances, dress and customs.
Open In Google Maps
Lahaina, Hawaii, USA
Give us feedback 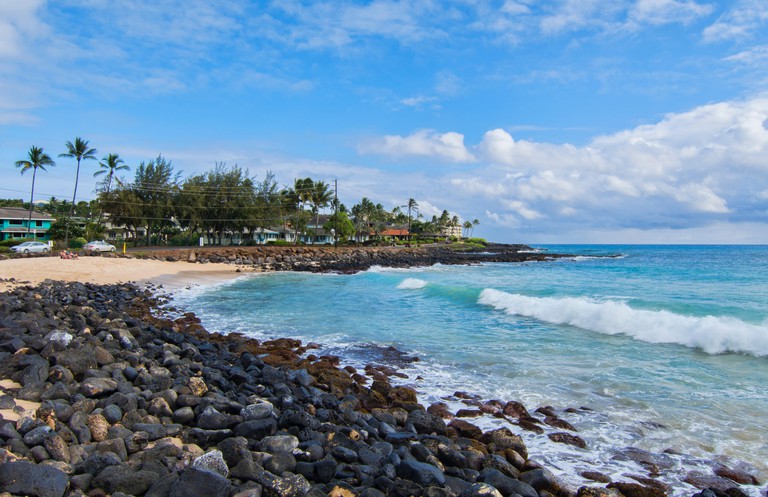 The first Europeans in Hawaii landed on Kauai in Waimea, just 16mi (26km) from Koloa. The town is tiny, covering just over 1sqmi (3sqkm). Koloa was one of the first places in Hawaii to open a sugar mill, and sugar production brought an influx of immigrants to Koloa, contributing to a colorful and diverse population today. Retail businesses now inhabit former plantation buildings in the quaint Old Town Koloa. A hiking and biking route called the Koloa Heritage trail is a 10mi (16km) stretch that passes by parks, churches, historic sights and beautiful beaches.

Open In Google Maps
Koloa, Hawaii, 96756, USA
Give us feedback 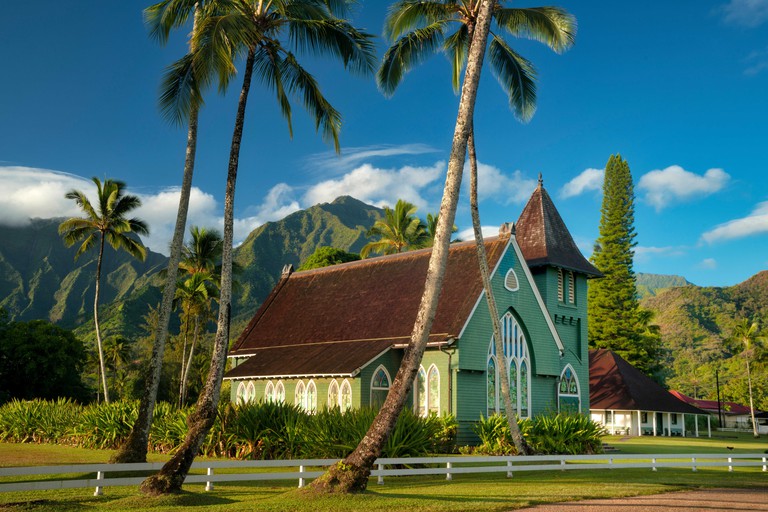 Across the island from Koloa lies the north-shore city of Hanalei. The town has a unique history, with a Russian imperial presence that occupied forts in nearby Princeville. Today, Hanalei is known for stunning beaches and a plethora of opportunities for outdoor adventure. Windsurfing, ziplining, hiking, river-rafting and snorkeling are all available activities in Hanalei. The town hosts regular ukulele concerts and music festivals that are enjoyed by both locals and visitors. Hanalei’s Waioli Mission House and Church was established by early Christian missionaries and stands today as a national historic landmark; it makes a perfect place to spend an afternoon.