The 10 Best Restaurants In Chinatown, Honolulu 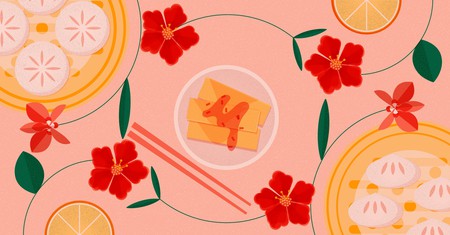 More than 140 years old, Honolulu’s Chinatown is one of the oldest Chinatown neighborhoods in the United States. In recent years, the area has undergone a renaissance, and has continued to grow into one of the city’s most popular urban spots. It is also one of Honolulu’s top culinary destinations, where visitors can enjoy traditional Chinese cuisine, as well as food from a variety of cultures. 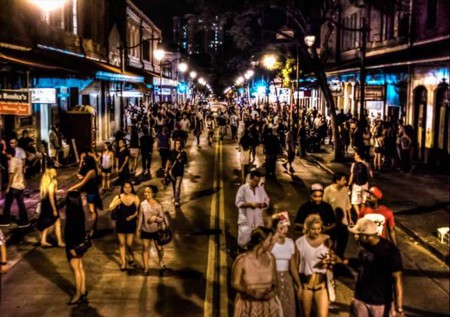 Food Stand, American, Seafood, $$$
Facebook
Email
Twitter
Pinterest
Copy link
Share
Map View
Run by brothers Junichiro and Ryojiro Tsuchiya of Japan, Maguro Brothers is located inside Chinatown’s Kekaulike Marketplace. This small, laid-back seafood stand is a Honolulu hidden gem, and is without a doubt the place to go for some of the freshest fish on the island. Maguro Brothers has earned a reputation for serving up an amazing poke bowl, which consists of raw or cooked fish (typically tuna) and rice.
Open In Google Maps
#113, 1039 Kekaulike Street, Downtown, Honolulu, Hawaii, 96817, USA
+18082597100
Visit Facebook page
Give us feedback

Restaurant, American, Asian, $$$
Facebook
Email
Twitter
Pinterest
Copy link
Share
Map View
Head to Lucky Belly for your fix of ramen and pork belly soup, the steaming broth is both comforting and packed with flavor. The menu also includes options for those not in the mood for soup, such as the barbecue pork sandwich or the tempura shrimp tacos. Don’t leave without ordering a cocktail, as well, Lucky Belly’s bartenders know how to sling a drink or two. The restaurant even has a late-night window for takeout.
Open In Google Maps
50 North Hotel Street, Arts District, Honolulu, Hawaii, 96817, USA
+18085311888
Visit Website
Give us feedback

Restaurant, Chinese, $$$
Facebook
Email
Twitter
Pinterest
Copy link
Share
Map View
The story of Little Village Noodle House began in 1974, when Kenneth and Jennifer Chan first arrived in Honolulu from China. The young couple worked in the restaurant business for nearly 10 years before saving enough money to open a restaurant of their own. Following several other ventures, the Chans opened Little Village in 2001, dedicated to serving unique, Chinese cuisine in an intimate atmosphere. The classics, such as the roast duck or the orange chicken, are sure to hit the spot.
Open In Google Maps
1113 Smith Street, Arts District, Honolulu, Hawaii, 96817, USA
+18085453008
Visit Website
Give us feedback 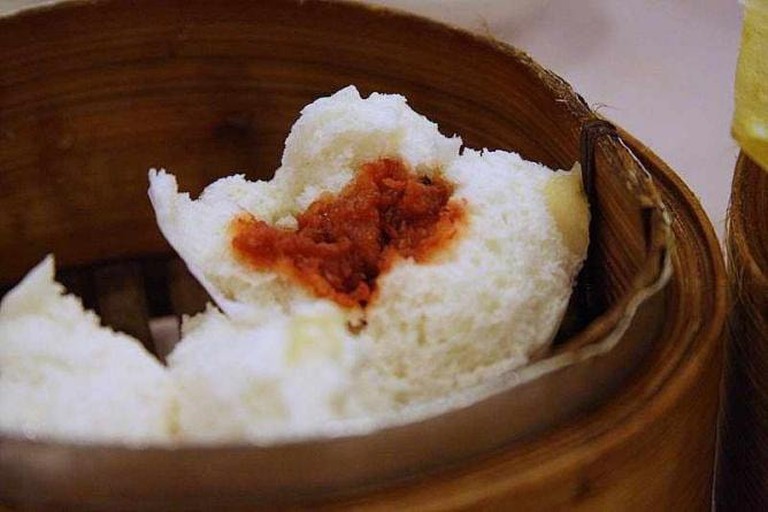 BBQ Pork Buns | ©www.bluewaikiki.com/Flickr
Royal Kitchen opened in 1974 and specializes in baked buns filled with deliciousness: called manapua in Hawaiian and bao in Chinese. The filling options are tasty as can be and range from chicken curry to Portuguese sausage to sweet potato. While the buns are baked instead of steamed (it’s more common to find them prepared that way), the dough is super soft and cooked to perfection.
Open In Google Maps
#175, 100 North Beretania Street, Downtown, Honolulu, Hawaii, 96817, USA
+18085244461
Visit Website
Give us feedback 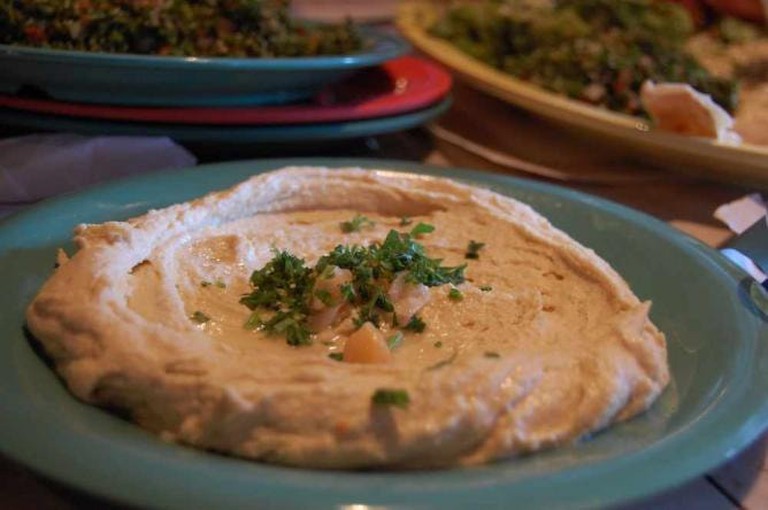 Delicious food awaits in the city of Doha | Stu Spivack/Flickr
Who would expect to find authentic Moroccan and Lebanese cuisine in the middle of Honolulu’s Chinatown? At Kan Zaman (“once upon a time” in Arabic) customers can expect to experience the traditional Arab food culture. From the tiled floors and jewel-toned color scheme to the aromatically spiced food, this restaurant spares no detail. There is a wide selection of hot and cold mezze, as well as larger plates such as chicken or lamb tajine.
Open In Google Maps
Give us feedback

The Pig & The Lady

At The Pig & The Lady, Chef Andrew Le’s creations are inspired by his mother’s home cooking, as well as the rich culinary traditions of Vietnam, Asia and the Pacific. Le, who has been named Hawaii Rising Star Chef, was born and raised in Honolulu to Vietnamese parents. The fare at The Pig & The Lady is creative, with dishes such as crab fat curry and pappardelle pasta with braised beef, pickled chili and thai basil.

Bistro, Restaurant, French, Vietnamese, $$$
Facebook
Email
Twitter
Pinterest
Copy link
Share
Map View
Serving Honolulu’s Chinatown since 1992, Duc’s Bistro is an upscale restaurant where both traditional Vietnamese and French cuisines intermingle on the menu. The plates are meant to be shared family-style and offer a little something for everyone. For an appetizer, try Vietnamese classics such as the spring rolls or the papaya salad. Entrée highlights include the lemongrass chicken and the duck Grand Marnier, served with a brandied orange sauce.
Open In Google Maps
1188 Maunakea Street, Downtown, Honolulu, Hawaii, 96817, USA
+18085316325
Visit Website
Give us feedback

Restaurant, Vietnamese
Facebook
Email
Twitter
Pinterest
Copy link
Share
Map View
A Vietnamese restaurant in Chinatown well worth checking out is Cuu Long II, which specializes in pho. Customers can expect to be greeted with a smile as they enter this spacious, friendly joint. At Cuu Long, the pho comes with broth that’s expertly prepared, the veggies are fresh and the meat is plentiful. And pho isn’t the only star on the menu, the grilled pork sandwich is top notch too.
Open In Google Maps
2, 175 North Hotel Street, Downtown, Honolulu, Hawaii, 96817, USA
+18085856199
Visit Website
Give us feedback

Restaurant, Chinese
Facebook
Email
Twitter
Pinterest
Copy link
Share
Map View
Lee Ho Fook is an authentic Chinese noodle house. This tiny hole-in-the-wall is packed during the lunch hour, so you know that it’s legit! The restaurant is known for a few things, among which is the house speciality: the fish ball rice noodle soup. Other popular items include the minute chicken cake noodles and won tons. The dishes here are all exceptionally flavorful and sure to please.
Open In Google Maps
Ste 170, 100 North Beretania Street, Downtown, Honolulu, Hawaii, 96817, USA
+18085366077
Visit Website
Give us feedback

Restaurant, French, South American, 0
Facebook
Email
Twitter
Pinterest
Copy link
Share
Grondin is a fairly new addition to the Chinatown scene, adding yet another cuisine option to the neighborhood’s growing portfolio. The restaurant, serving a combination of classic French and South American cuisines, is the brainchild of Jenny Grondin and David Segarra. The space features interesting details, such as the exposed-brick wall and tall ceilings, that give it a distinct East Coast vibe. As for the food, you can’t go wrong with the duck breast or the crepes mole negro.
Open In Google Maps
Give us feedback