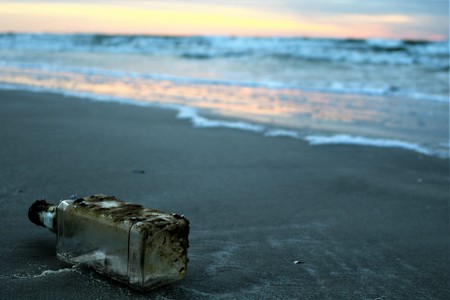 Mother Nature is sending the entire world a message through Hawaii’s Kamilo Beach. The once white sand is today hidden beneath a foot of plastic waste, and the volcanic rock tide pools are filled with discarded fishing nets.

When the ancient Hawaiians first landed, they made a home on the Big Island, hunting and foraging for what they needed. Of the many resources available to them was Kamilo Beach. ‘Kamilo’ means ‘twisting currents’.

The first Hawaiians would come to Kamilo to collect the large driftwood logs that washed up on shore. With the strong currents pushing onto the beach, they never left disappointed and always had enough logs to build canoes. This is also where they came to find the bodies of those lost at sea, understanding that the movement of the ocean collected and deposited onto Kamilo.

Today, the ocean vortex is still whirling and twisting, but it’s bringing up much more than just driftwood. 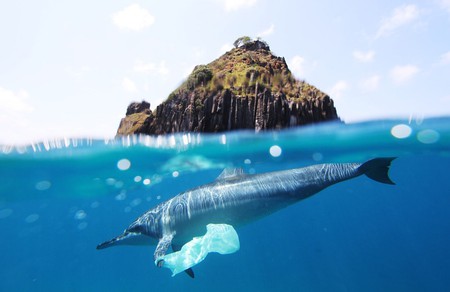 A dolphin gets entangled in a plastic bag | © Jedimentat44 / Flickr

What used to attract voyagers looking to build sturdy canoes, now attracts environmental activists and scientists from around the world. The amount of plastic that washes onto Kamilo today has almost completely hidden the once pristine beach.

In fact, the area now holds more plastic than sand. The waste sources are evident in the items found on the beach and tide pools. 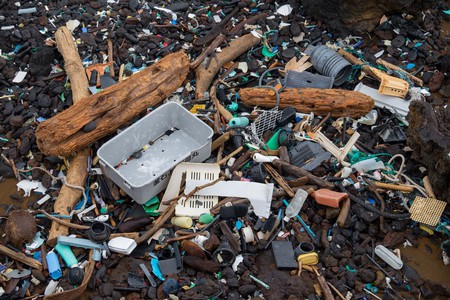 Some are household items, bringing to light the issue that we, as a population, are still not disposing of our plastic responsibly. The majority, however, is clearly coming in from fishing vessels. Nets and lines that have been discarded are washing up onto the tide pools of Kamilo; a serious danger to the marine life in the area.

This is not just plastic from the immediate area. Labels on shampoo and drink bottles have been found in other languages, like Russian and Japanese, proving that the trash is swirling in from other parts of the Pacific. And because plastic waste is not easily visible in open water (it typically floats just below the surface), the sight of Kamilo Beach is a true way to see how human consumption is affecting the environment. 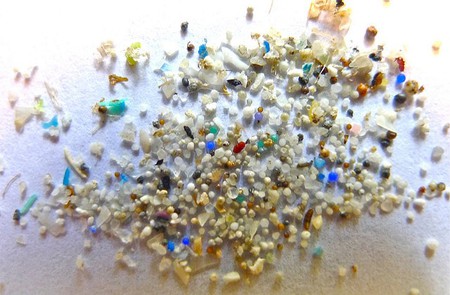 Each year, the Hawaii Wildlife Fund collects about 20 tons of plastic waste from Kamilo Beach. The cleanups started in 2003 and continue today.

Because Kamilo is located in a rural area and fairly remote, it’s a bit of a trek to get to, so volunteers flock to the site rather than tourists. The HWF welcomes them throughout the year and it’s a great way to give back to the community for anyone traveling to Hawaii. If you’d like to get involved, you can reach out to Megan Lamson at the HWF via kahakai.cleanups@gmail.com or call +1 808 769 7629.

Time is of the essence here at Kamilo. Not only are the microplastics and plastic pellets being ingested by most of the wildlife, but there is a danger of the plastic staying in the ocean forever. The tiny pieces of plastic waste are melding with shells and coral, forming plastic stones that can sink to the ocean floor, never to be cleaned up again.

Even if you don’t have the time to join one of HWF’s volunteer projects, taking small steps on a daily basis can make a difference. As long as they don’t seem hazardous, picking up small pieces of debris that you find lying around is already a great contribution to the environment.

Refusing single-use plastics is also a small, yet important practice. We still have a long way to go, but taking these seemingly tiny steps together will go a long way. 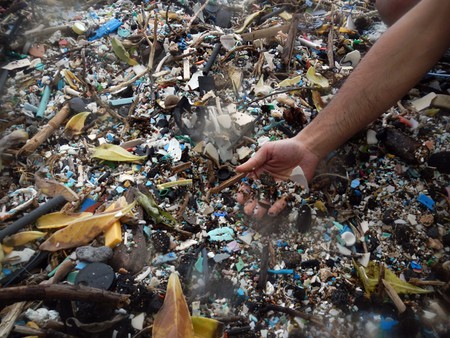