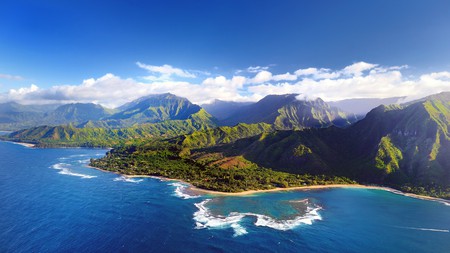 The Na Pali Coast in Kauai is one of the most spectacular (and most filmed) landscapes in the world | © MNStudio / Depositphotos.com

Coffee plantations, cool restaurants and the chance to catch Hawaiian waves makes the nature-filled shore of the Garden Isle one to uproot to.

Kauai’s tropical rainforests, dramatic cliffs and Na Pali Coast – where so many movies, from Pirates of the Caribbean to King Kong, have been filmed – make it a dream destination for adventure-lovers seeking winter sun and wild scenery. If you’re feeling active, the 3,600ft (1,100m) deep Waimea Canyon is best viewed from a helicopter, and there are also volcanic peaks, rugged ridges, verdant valleys and abundant waterfalls to work your way around. Indeed, it would be easy to spend all your time outdoors, if the hotels weren’t so spoiling… 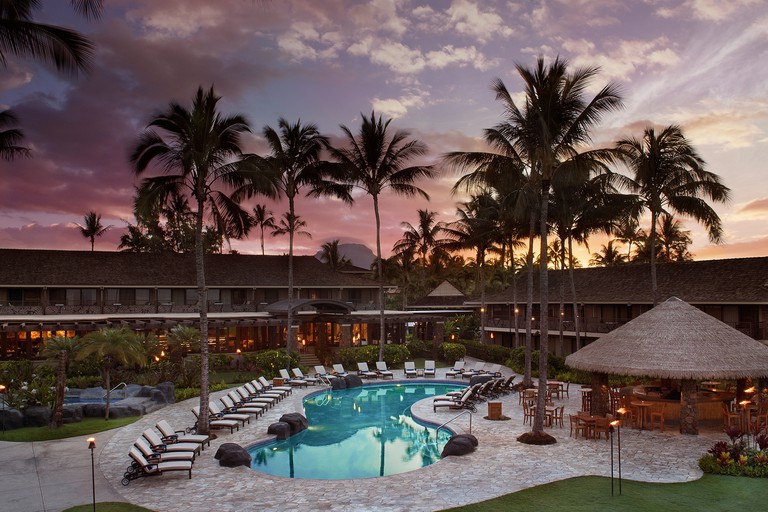 Courtesy of Koa Kea Hotel / Expedia.com
With private lanais crowded with native flora and ocean-view suites that overlook the Pacific and Poipu Beach, Koa Kea Hotel makes a great basecamp for kicking back in Kauai. The spa uses natural ingredients indigenous to Poipu, including Kauai clay and moisturizing nut oils. You can choose between an outdoor seaside cabana or a candlelit treatment room for your moana oceanside massage or Hawaiian lomi lomi. 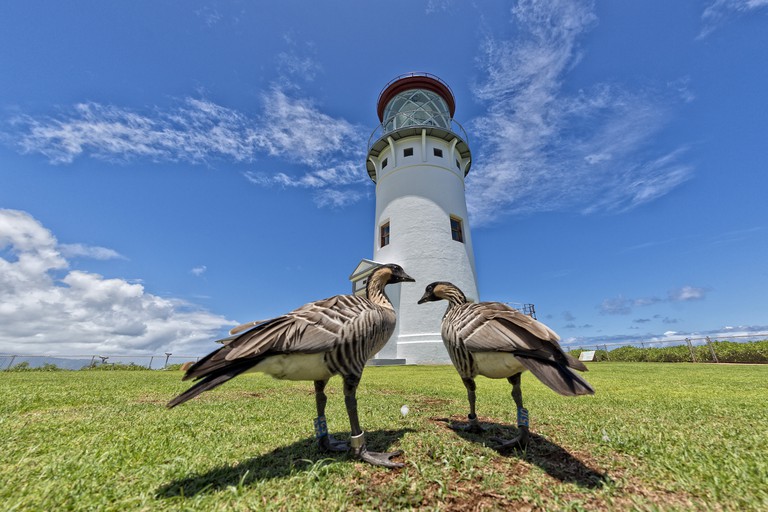 © Izanbar / Depositphotos.com
One of the first things that grabs your attention upon arrival at the Kīlauea Point National Wildlife Refuge on the northeast coast of Kauai is the backdrop of steep cliffs that plunge right down into the ocean. The wildlife sanctuary is home to large colonies of nesting seabirds, as well as Hawaiian monk seals, spinner dolphins and Hawaii’s state bird, the nene, or endangered Hawaiian goose.

Courtesy of Hanalei Bay Resort / Expedia.com
There’s no way you can forget Kauai is the Garden Isle after you’ve seen the 22 acres (9ha) at Hanalei Bay Resort, plotted with one- and two-bedroom condos. The gardens are flourishing with bougainvillea, banana plants, frangipani and coconut palms at this relaxed resort on Kauai’s north shore, where you’ll also uncover swimming pools, a spa and more. Gatherings at the fire pit come evening add a nice communal touch. 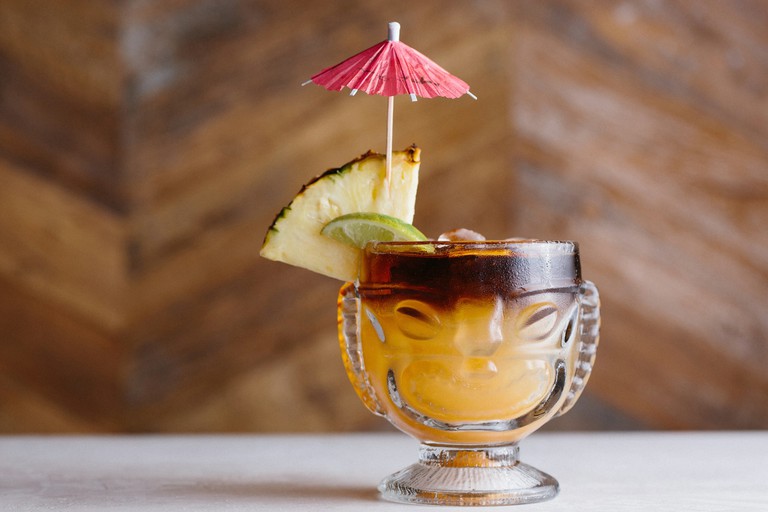 Courtesy of Duke's Kauai
Duke’s Kauai honors Olympic surfer, Duke Kahanamoku, who was born in Honolulu but became smitten with Kauai and stayed. Chow down on baked Duke’s fish (with herbed jasmine farro rice), coconut ginger-braised seafood and seared seven-spice ahi. Smaller dishes include Korean street tacos and flatbread with roasted veggies. Live music draws crowds most nights. You can honor the late great sportsman by downing a Duke’s mai tai, made with Hawaiian juices and two types of rum. 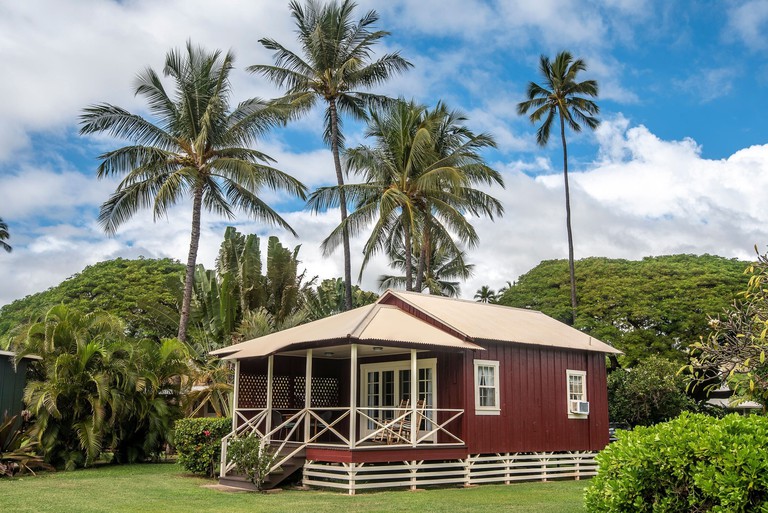 Courtesy of Waimea Plantation Cottages / Expedia.com
This parade of 19th- and 20th-century plantation homes stands in 42 acres (17ha) of lush oceanfront grounds on the edge of Waimea Bay. The cottages are naturally rustic by design, each with a kitchen and private lanai to hang out on. All around, the vibe is low-key: play a round of lawn games, swim in the ocean, nap in a hammock or sit and watch the sun set. Feel like ratcheting up the pace for a day? Weave around the west coast, ticking off the Waimea Canyon and Kauai Coffee Estate. 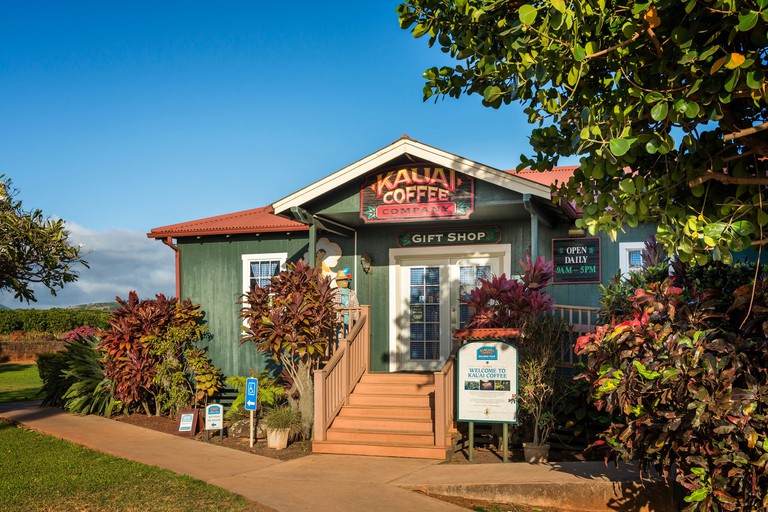 Courtesy of Kauai Coffee Estate
The Kauai Coffee Estate is not simply a cool place to sip 100% single-estate Kauai coffee beans but also a walking history lesson. You’ll learn how the coffee bean is harvested, why it flourishes in coastal Kauai, how it’s roasted – and ultimately brewed to perfection. You’ll discover that five coffee varieties are grown on Kauai and get to participate in a coffee tasting. See if you can tell the difference between soft, fruity Kauai Blue Mountain and chocolaty Peaberry. 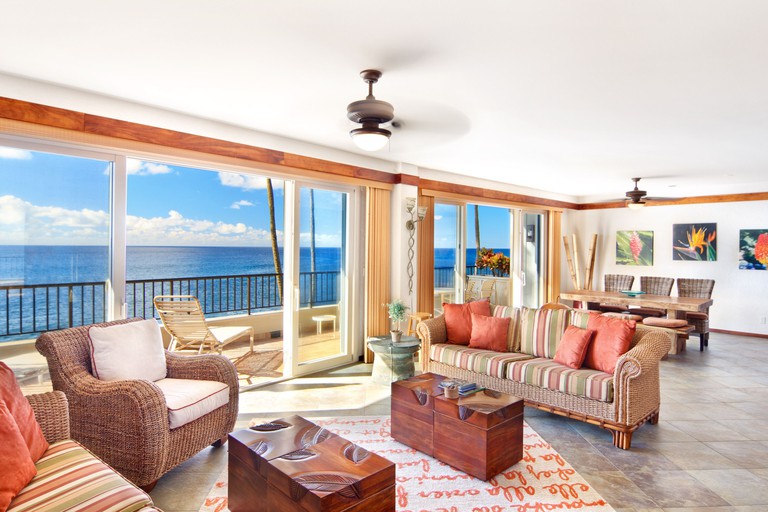 Courtesy of Whalers Cove Oceanfront Resort / Expedia.com
Staying at one of the condos at Whalers Cove on Poipu Beach is the next best thing to actually living in Hawaii. Each luxury home-style stay has a large living area, full kitchen and an ocean view. There’s also an oceanside pool, spa and BBQ grills dotted around the grounds. But don’t worry: Poipu has plenty of restaurants if you don’t want to cook up all your meals, including The Beach House and Keoki’s Paradise, which sources food from local farmers and fishermen.

Kauai Yoga on the Beach 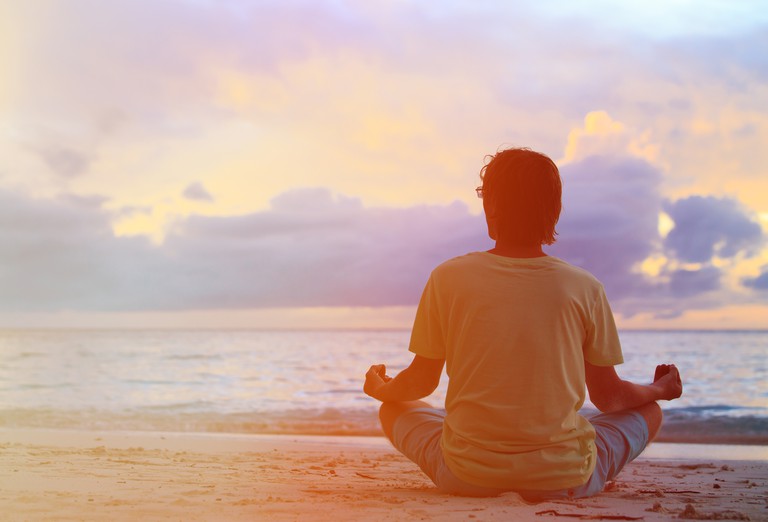 © Nadezhda1906 / Depositphotos.com
Join locals and fellow vacationers on the oceanfront each morning to embrace the beauty of Kauai as the sun rises and the waves roll in. Instructors Anya, Will and Andrea lead yoga classes at 8:30am daily on the oceanfront opposite Kauai Shores Hotel. For serious early risers, 7am classes are an option. If you’re a traveler, no worries, just pay per class. 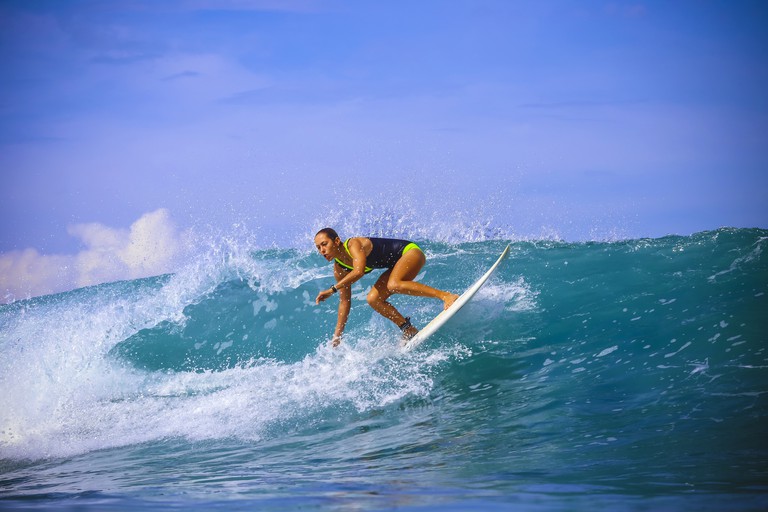 © trubavin / Depositphotos.com
Hawaiian Style Surfing offers surf lessons for beginners who want nothing more than to shrug off the doldrums of winter by heading for the sun and embracing a new challenge – especially if it involves splashing about in the warm waters off a Hawaiian island. Classes start with a lesson on the basics of surfing and water safety, then it’s into the water to catch your first wave. Check in at the activities hut at the Sheraton on Poipu Beach.
Give us feedback