A Look into Hawaii's Deadliest Storms in History 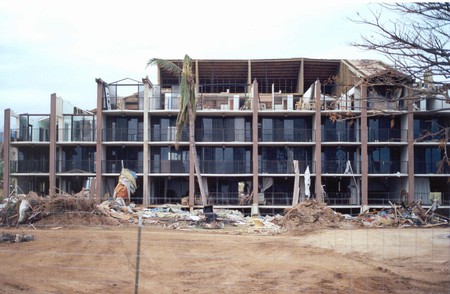 Hawaii is often noted for its dreamlike vacation and getaway spots, but it’s also historically home to a series of deadly storms.

Situated in the center of the Pacific, the Aloha State sits a cool 2,467 miles from California, and is one of the most isolated centers on earth. This unique location may be the key to Hawaii’s hurricanes—storms typically occur between June and November. Though there are constant threats each season, no hurricanes causing serious damage have made landfall for quite a while. Let’s take a look at the history of Hawaii’s deadliest storms.

What is deterring hurricanes from Hawaii?

Strong hurricanes seem to rarely hit Hawaii and there is no clear consensus as to why that is. Meteorologists think the isolated position allows enough time for hurricanes to dissipate into tropical storms before reaching the islands—this has happened to a few Category 3 and 4 hurricanes. Others believe that Hawaii’s surrounding warm water and tall volcanoes have an effect, but that doesn’t mean that Hawaii is immune. 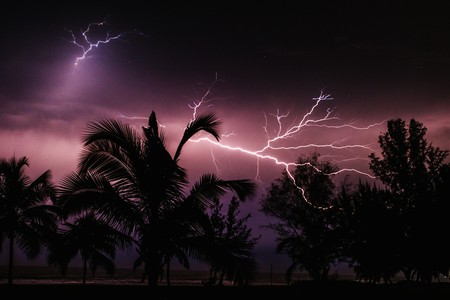 The eye of the storm passed directly over Kauai during this Category 4 hurricane in 1992, which caused anywhere from $2 to $3 billion in damages that spanned the islands. The day before the storm, no one gave a second thought about the hurricane that was likely passing south of Hawaii, but it suddenly took a nasty turn north, catching everyone by surprise.

A warm front cut off the hurricane and pushed it straight into Hawaii’s path. With announcements coming in late, locals scrambled to board up their windows and buy supplies before record-breaking winds swept the state, taking 14,500 roofs with it—gusts were reported at over 200 miles per hour. A mix of raging 25-foot-plus surf, extensive flooding, and loss of utilities added to the catastrophe, which claimed six lives and completely devastated the Garden Isle.

You may have actually seen footage of the hurricane without knowing it. Stephen Spielberg and his crew were wrapping up filming for Jurassic Park when ʻIniki hit and had to take shelter in a hotel ballroom. Spielberg couldn’t pass up the opportunity to film the incredible display of nature and the pounding surf, part of which ended up in the movie.

25 years later, Hurricane ʻIniki is still the strongest and most devastating hurricane to ever hit the state.

In November 1982, Hurricane Iwa (named after Hawaii’s great frigatebird) was the worst storm to hit the island chain. The eye of the storm once again lay over Kauai, though major damages also occurred on Niihau and Oahu as well. Tourists visiting the islands and residents remember the time clearly—exposed live wires, no utilities, urgent evacuations, 30-foot seas, and coconut trees flying through the air. 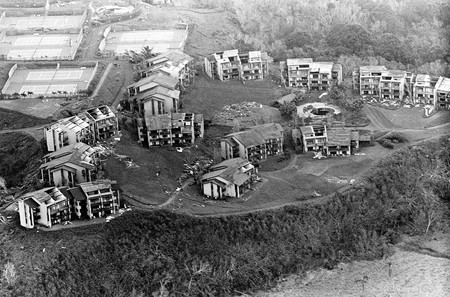 Many homes lost their roofs during Hurricane Iwa | © National Museum of the U.S. Navy / Flickr

Winds reached upwards of 120 miles per hour, damaging thousands of buildings and leaving hundreds homeless in temporary shelters. 30 battleships arriving at Pearl Harbor were ordered to turn around and wait out the storm at sea, but the violent ocean and wind conditions still managed to take a life, in addition to throwing multiple sailors overboard.

Many locals spent Thanksgiving without power as President Regan proclaimed Kauai, Niihau, and Oahu a disaster area. It took over a month for the roads and debris to be cleared and for power to be restored.