A Brief History of the Hawaiian Haka 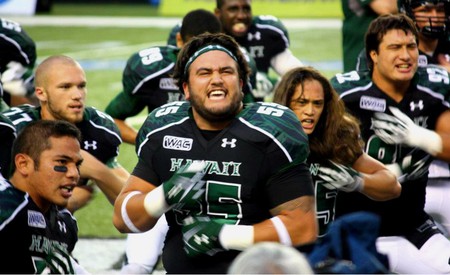 Hawaii’s tradition of trademark haka performances continue to thrill both locals and visitors. And though the haka is not a native Hawaiian ritual, it has made a home in Hawaiian culture today.

As the crowds fill Aloha Stadium on game day, a silence rolls across the fans in wait. Several players take to the field. In unison, they begin to chant and hold their stance; their eyes widening and tongues revealing themselves. One player leads the chant, while the rest call back; beating their chests and legs in rhythm. This is how each game begins.

The haka was born in New Zealand as a core tradition for the Maori people. The most famous were performed by men, mainly for the purpose of intimidating enemies while commencing battle. In place of unnecessary instruments, performers used their bodies to create all of the ritual sounds associated with this practice. Different types of haka were performed for separate situations, many to honor important guests or to celebrate special occasions. As Maori customs faded with time, New Zealanders made efforts to bring some traditions back into light. 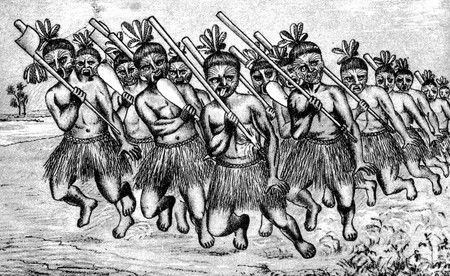 The global phenomenon of the haka was due in large part to the New Zealand rugby team that performed this war cry to open each of their games. People began to realize that not only did the haka build spirit within the team, but it built spirit and community within viewers. The entire experience of haka was unifying. 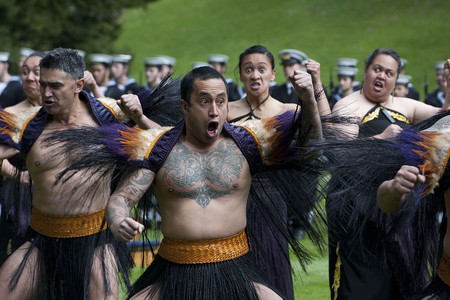