8 Islands Off the Hawaii Shore Worth Knowing 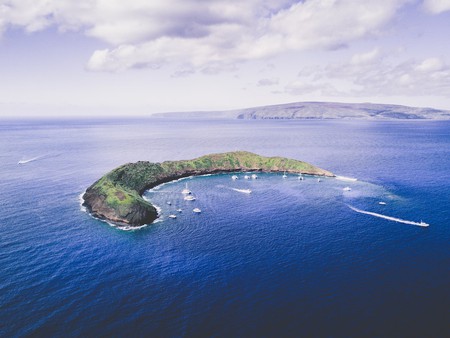 As the only island state in the US, Hawaii prides itself on volcanic beauty and is sprinkled with picturesque offshore islets to explore or view from the comfort of the sand. Most of these islands are associated with Hawaiian poetry, ʻōlelo noʻeau, modern tales, and ancient legends. Here are some you should see.

This island located on the north end of Kāneʻohe Bay is nicknamed Chinaman’s Hat after its iconic shape. During low tide, you can swim or walk out to the island from Kualoa Beach Park and climb a steep but short trail to the top. 360-degree views from the summit are particularly noteworthy, with the verdant mountains on one side and glistening bay on the other. But be warned – there have been fatalities from the slippery trail and crumbling basalt rocks, though the area does provide fair warning to travelers. 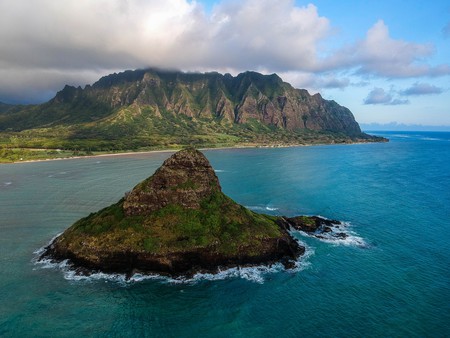 Commonly called Flat Island because of its appearance, the area directly off the islet is a well-known surf spot for long boarders. Surfers and kayakers rest on the small sandy beach before moving on. From the rocky island, there’s expansive views of the coastline, including Kailua Beach, Lanikai Beach, and the picture-perfect Nā Mokulua islands.

This island pair sits off the coast near the Makapuʻu lighthouse and are two of the most recognizable in Hawaii. Locals often call Mānana Rabbit Island because it once introduced the animals to the island, but they soon ran out of resources and destroyed the native habitat. Though it’s fine to snorkel or birdwatch offshore, both islands are off limits since they are State Seabird Sanctuaries home to tens of thousands of Uʻau Kani (wedge-tailed shearwaters), Noio (sooty terns),ʻEwa ʻEwa (noddys), and Koaʻe ʻula (red-tailed tropicbirds). 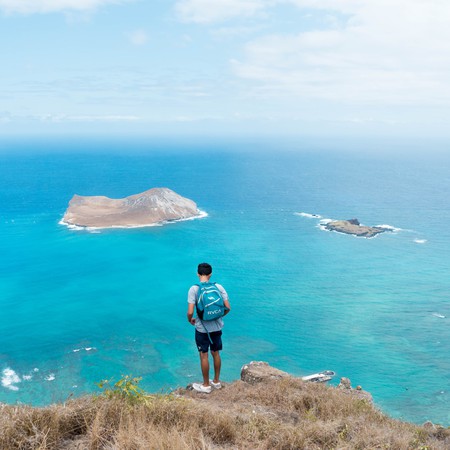 Featured on almost every Hawaii postcard, these two iconic islands – Moku Nui and Moku Iki – are referred collectively as The Mokes or Twin Islands. They can easily be reached by kayak on a calm day, but also serve as a stunning backdrop for photos taken off Lanikai Beach. Visitors can explore the popular beach, tide pools, and snorkel, but are restricted from venturing inland due to the seabird colonies who nest here. 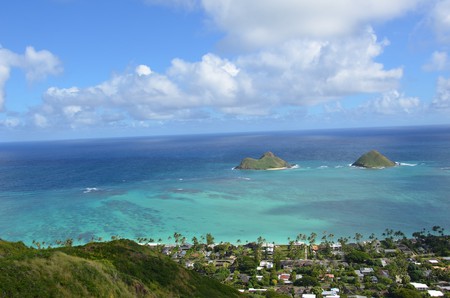 On calm days at low tide, you’ll see a line of people wading across the short channel to Mokuʻauia, Goat Island. Like most of Hawaii’s offshore islets, the interior is a seabird sanctuary, but the three white-sand beaches and clear water are enough to keep anyone busy for the day. Malaekahana Beach Park directly across from the island has a beachfront campground and if you wake early enough, you just might have Mokuʻauia all to yourself.

Located between Maui and Kahoʻolawe is the remnant of an old volcano, now popular among tourists for its incredible snorkeling and scuba diving. The crescent shaped island of Molokini was used by the ancient Hawaiians as a fishing ground and is mentioned in many local legends. Due to its rich underwater ecosystem, the ocean surrounding the island is designated a Marine Life Conservation District. Among the many varieties of corals and algae, visitors view hundreds of colorful fish, sea urchins, moray eels, Hawaiian Green Sea Turtles, and sometimes a reef shark or two. 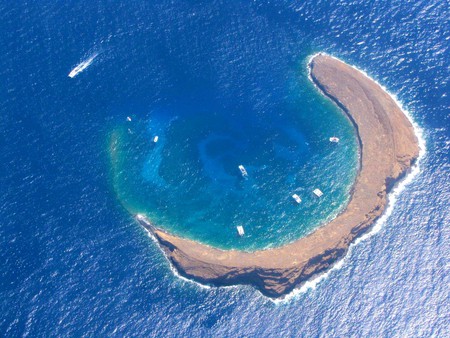 Off Molokaʻi’s east shore is a group of rock formations known as Elephant Rock. Join a helicopter tour and you’ll soon find out how the islet got its nickname. Advanced scuba divers rave about this lesser-visited locale known as “Fish Rain”. Once divers reach the bottom it seems like thousands of fish are raining down from above – perfect for underwater photographers. There are also groups of hammerhead sharks, large pelagic fish and dolphins that frequent the area.

Just offshore from Molokaʻi’s sheer sea cliffs (some of the tallest in the world) are three islands that help to create a picture-perfect coastline. These small rock formations are home to the endemic and critically endangered Loulu Palm that doesn’t grow anywhere else in the world. Mokapu, Okala, and Huelo can be seen by sea, air, or from shore through a guided trip with Damien Tours that takes visitors to the Kalaupapa Leprosy Settlement and National Historical Park. 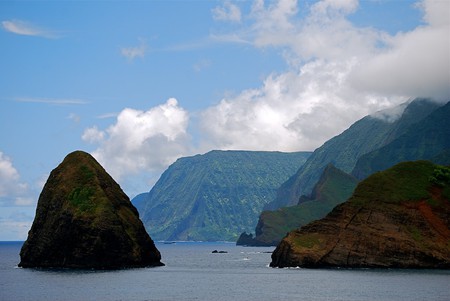