7 Stars You Didn’t Know Were From Hawaii 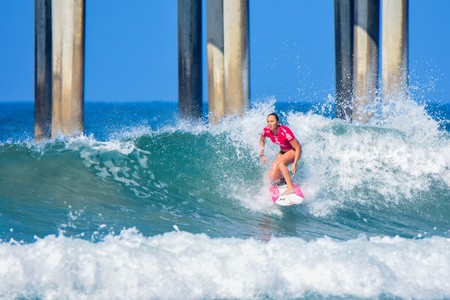 It may be sparsely populated, but Hawaii has produced its fair share of talent.

With a population of just over 1.4 million—to put that in perspective Los Angeles county is nearing four million residents—an impressive number of star athletes, celebrities, and musicians grew up in Hawaii. Former president Barack Obama, and singer Bruno Mars put the islands in the headlines, but there are quite a few stars you may not have known were from Hawaii. Let’s take a look.

Maggie Q was born and raised in Mililani in central Oʻahu and is of Irish, Polish, and Vietnamese ancestry. Quigley is most recognized for her eponymous role in Nikita, but also starred in the Divergent series, Live Free or Die Hard, and Mission Impossible: III, among many others.

Chad Rowan, known as Akebono Tarō, made history as one of, if not the best foreign-born sumo wrester ever and the first to reach the highest level in the sport, Yokozuna. During the pinnacle of his career, Tarō was a huge celebrity within sumo circles, Japan, and Hawaii, especially in his hometown of Waimanalo. Tourists and locals continue to visit a small shopping center in the town to admire a golden statue commemorating his 11 championship titles.

Professional surfer Carissa Moore brought the WSL Women’s World Tour championship title back to Hawaii three times. She was named Glamour magazine’s 2013 Woman of the Year and was inducted into the Surfers’ Hall of Fame in Huntington Beach alongside fellow Hawaii legends Rabbit Kekai, and Andy and Bruce Irons—an honor held by just four other women.

Merrrrr. That’s all I got right now. Thanks Bells and Winki for the fun waves and to my whole support crew for all the love. Lots to learn and take to the next event 😘 pic: @peterkingphoto

Singer-songwriter Jack Johnson won the world over with his smooth guitar riffs, melodic ukulele, and relaxed vocals. He obviously takes inspiration from his home on Oʻahu’s North Shore, releasing albums titled The Mango Tree and To the Sea. Johnson has also received many awards and nominations for his music, videos, and humanitarian efforts.

Growing up in Kailua, B.J. “The Prodigy” Penn was quickly noticed as a superior athlete, rising to a fifth-degree black belt in Brazilian jujitsu. During his professional career, he not only dominated in the UFC as lightweight and welterweight champion, but also became the first American to win gold at the World Jujitsu Championships. Penn’s impressive accomplishments and domination of the sport in multiple weight classes led to his induction to the UFC Hall of Fame and often being referred to as the best lightweight fighter in MMA history. Although the peak of Penn’s career is behind him, Waiʻanae native and current UFC featherweight champion Max Holloway is hoping to live up to his predecessor.

Writer, producer, and director Gregory Poirier has written Hollywood films and TV shows such as National Treasure: Book of Secrets, Missing, The Spy Next Door, and Tomcats. He is another star from the Big Island who is working on the upcoming films Baba Yaga, and Expendables 4, in addition to co-producing a new TV series, Derrick Storm.

Onizuka is noted as the first Asian-American and person of Japanese descent to go into space when he was assigned to the space shuttle Discovery in 1985. The following year the Big Island native was tasked to crew the space shuttle Challenger which tragically ruptured just 73 seconds after launching, killing all seven passengers. His legacy as a pioneer is commemorated in many ways: an astroid and a crater on the moon are named after him, in addition to Ellison Onizuka Kona International Airport in his hometown, and the Onizuka Center for International Astronomy on Mauna Kea.

A little delayed in this post for the anniversary of the #Challenger mission, but recently inspired by the story and groundbreaking career of #EllisonOnizuka. A heartbreaking, yet amazing legacy to leave behind. The quote on the plaque reads, “Your visions are not limited by what your eyes can see, but by what your minds can imagine. Make your life count and the world will be a better place because you tried.” – Ellison S. Onizuka