7 Historic Places to Visit on Oʻahu 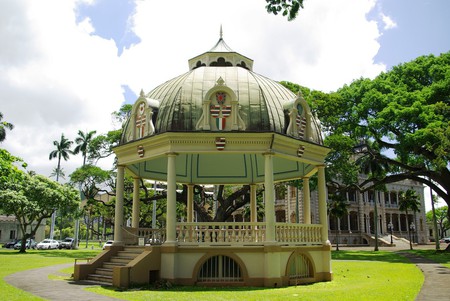 Aside from the Pearl Harbor attacks, the history of O‘ahu is a mystery to most. Hawaii’s fascinating modern history is rarely discussed, but locals and tourists alike can discover the 50th state’s history in O‘ahu. Here are seven important historical places you can visit on the island. 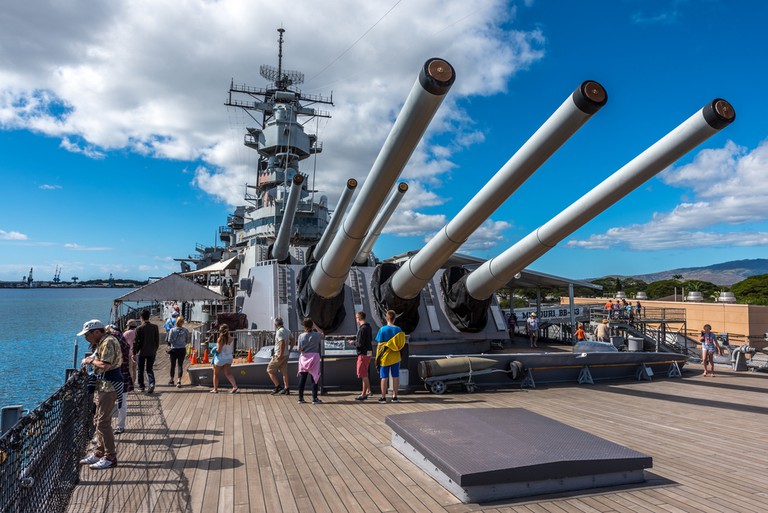 Decommissioned battleship USS Missouri where the signing of the Japanese Instrument of Surrender took place on September 2, 1945 | © Phillip B. Espinasse / Shutterstock
This World War II memorial in Honolulu explores the USS Missouri, a battleship, nicknamed the “Mighty Mo.” The battleship is historically significant, for the United States and the rest of the world. Visitors can board the ship where several Allied powers and representatives of the Japanese Empire signed a peace treaty that ended World War II. Guests can also choose to take a self-guided tour of the decks of the Missouri or take a tour led by an expert historian.
Open In Google Maps
63 Cowpens St, Honolulu, Hawaii, USA
+18084551600
Give us feedback 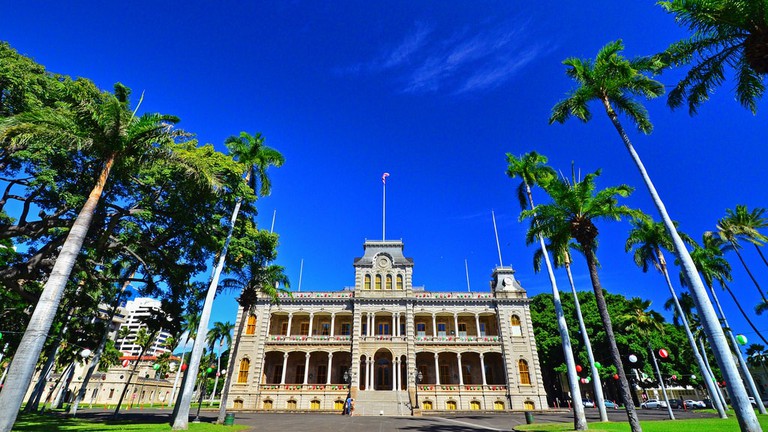 Iolani Palace | Iolani Palace
ʻIolani Palace—the only official royal residence in the U.S.—was built in 1882 in downtown Honolulu by King Kalākaua and is said to have had electricity, running water, and telephones years before the White House. ʻIolani Palace served as the capitol building after the Hawaiian monarchy was overthrown in 1893, and it remained that way until it underwent extensive renovation and later reopened as a museum in 1978. The King took design inspiration from his travels throughout Europe, creating the palace in the “American Florentine” style (a mixture of Italian Renaissance and Hawaiian architectural styles).
Open In Google Maps
364 South King St, Honolulu, Hawaii, 96813, USA
+18085220822
Visit Website
Give us feedback 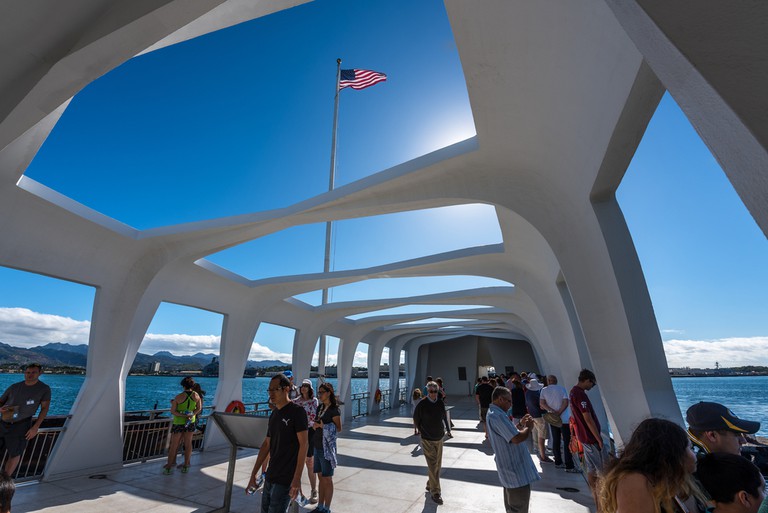 People visiting the USS Arizona Memorial at Pearl Harbor, Hawaii | © Phillip B. Espinasse / Shutterstock
This memorial commemorates the stories of the Pacific War, including Pearl Harbor and the internment of Japanese-American citizens. On December 7, 1941—called “a day which will live in infamy” by President Roosevelt—the Japanese performed a surprise attack on the U.S. Naval Base at Pearl Harbor and other military bases throughout the island. The USS Arizona monument is a significant part of the memorial, marking the resting place of 1,102 sailors and Marines who were killed on the battleship during the attack. The memorial straddles the sunken ship, and visitors access it by boat.
Open In Google Maps
1 Arizona Memorial Pl, Honolulu, Hawaii, USA
+18084223300
Visit Website
Give us feedback 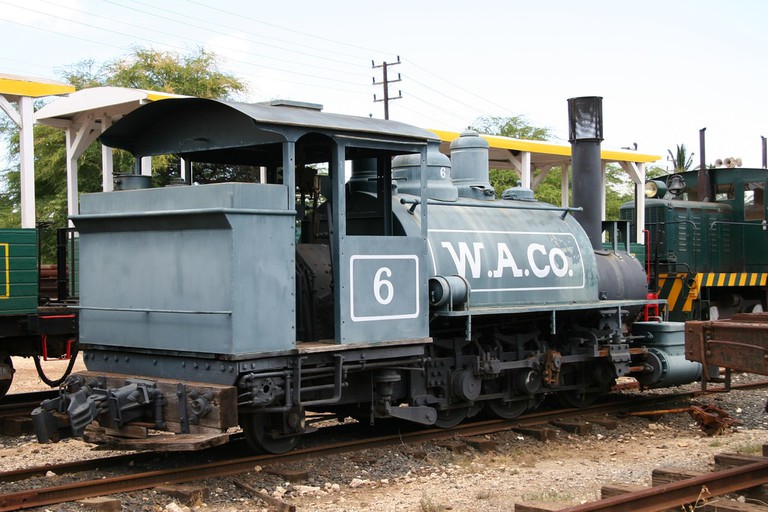 The O‘ahu Railway and Land Company (OR&L) began operations in 1889, connecting the sugar mills and plantations along the west and north shores of the island. The trains were a crucial method of transportation and communication until the end of World War II and the decline in sugar operations. Train enthusiasts at the Hawaii Railway Society have restored parts of the original track and cars, including Benjamin Dillingham’s, the founder of OR&L, private coach. Visitors can view historical locomotives and ride the original railway line—listed on the National Register of Historic Places—from ‘Ewa to Kahe Point; it offers views of the ocean and possible dolphin sightings. 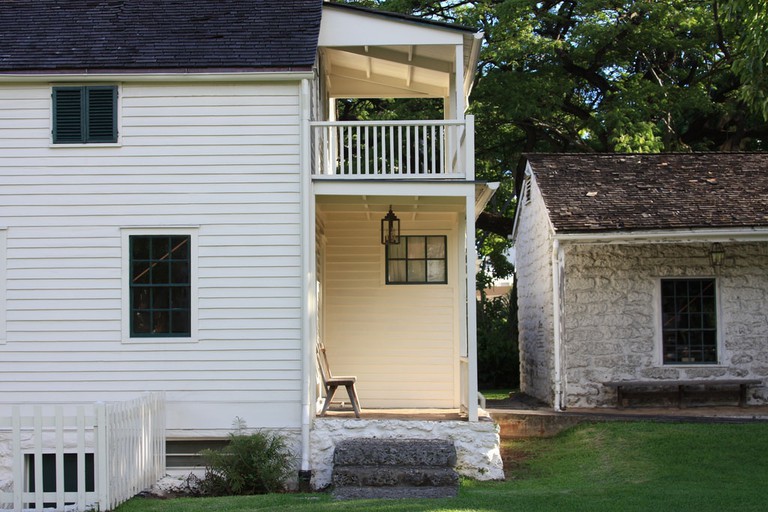 Hawaiian Mission Houses | Hawaiian Mission Houses
Hawaiian Mission Houses is a living museum in the heart of downtown Honolulu. This National Historic Landmark houses the oldest wooden building in the state of Hawaii—shipped from Boston around Cape Horn nearly 200 years ago. Visitors learn the stories of American Protestant Missionaries in Hawaii and their influence on the local people, adding more layers to the intricate history of the area.
Open In Google Maps
553 South King St, Honolulu, Hawaii, USA
+18084473910
Visit Website
Give us feedback 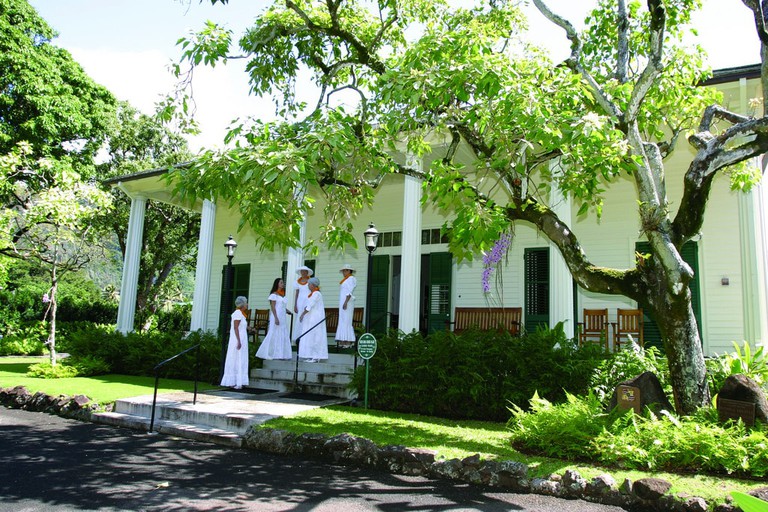 This residence, also known as Hānaiakamalama, was the summer retreat of Queen Emma, King Kamehameha IV, and their son, Prince Albert Edward. The building—which is listed on the National Historic Registry—houses some of the Queen’s personal belongings and royal artifacts, and is surrounded by artfully landscaped gardens. Knowledgeable Hawaiian historians provide guided tours of the grounds and answer visitors’ questions. 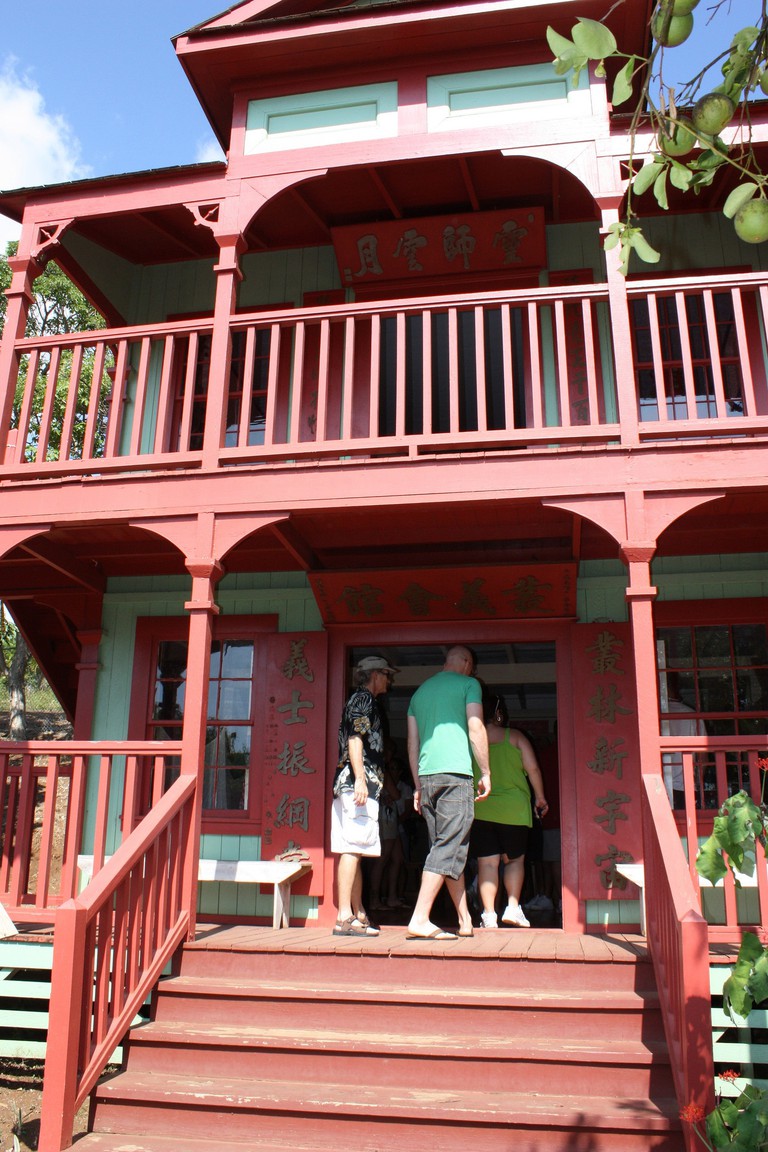 The rising demand for sugar in the mid-1800s produced a boom of plantations in Hawaii. Cheap laborers were contracted from Japan, Puerto Rico, Korea, Okinawa, China, and the Philippines—a mix of ethnicities all living together. Visitors learn about the impact of the sugar industry in Hawaii and explore what life was like on one of the plantations.