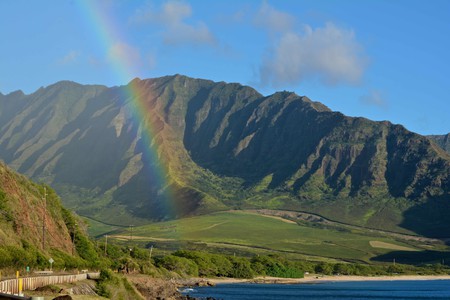 Hawaii is a beautiful tropical vacation hot spot unlike any other in the world. From its beautiful white sandy beaches and its majestic mountains and steep valleys to its city life, there really is something for everyone to enjoy! Here are Culture Trip’s top 15 reasons to visit the Hawaiian Islands.

Every island is different

Hawaii is made up of eight main islands, all of which are unique in their own way. 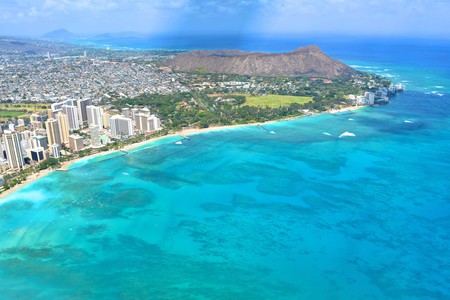 Oahu, “The Gathering Place,” is the most famous of all eight islands, with a little bit of everything for everyone. From bustling Honolulu to the quiet shores of the east side, visitors can be shopping in the city and then be swimming or lounging on white sandy beaches in less than 45 minutes. 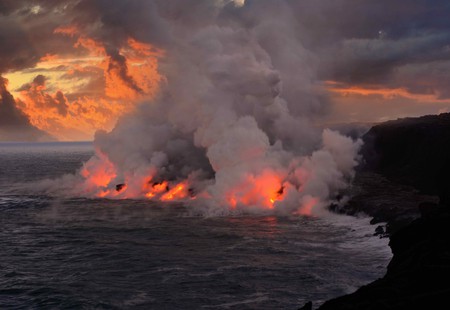 The big island is known for its volcanoes and lava! It is the youngest of all the islands and is currently still growing. Go and see the most active volcano in the world, Kīlauea, which has been erupting for over 30 years. 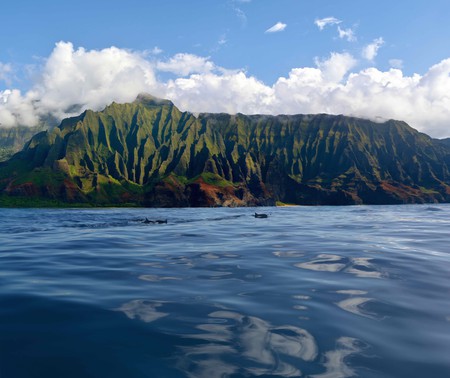 Kauai is the “Garden Isle,” known for its colorful and lush vegetation, hippy vibes, and amazing hiking. It is the oldest of all the main islands and is heaven on Earth. It is quieter around Kauai, so don’t expect a big nightlife scene, but do expect private white beaches, blue water, and fantastic views of the mountains wherever you are. 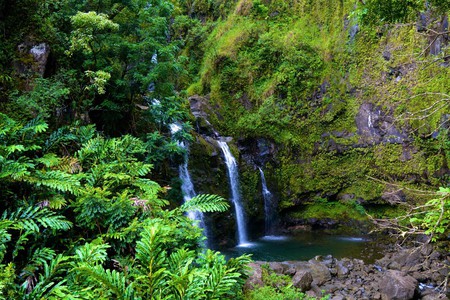 Maui is the “Valley Isle” and a perfect destination for people who are not only looking for quick and easy adventures but also a little bit of a tourist destination. The road to Hāna is most definitely a must-do for beautiful views of this lush island, where waterfalls and valleys are easily accessible all along the road. Heading in the opposite direction to the west is the beautiful town of Lahaina, where local shopping and restaurants are plentiful.

It’s the most ethnically diverse state

Hawaii is the most diverse state and is a melting pot of all cultures. You will find influences from, of course, Hawaiian culture, as well as Chinese, Japanese, Korean, Thai, Portuguese, Samoan, Tahitian, Tongan, Micronesian, and Spanish—and the list goes on. 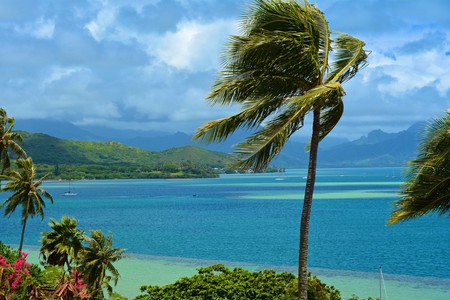 It has untouched beauty

Some parts of Hawaii are so beautiful and look the same as they did thousands of years ago. It is quite easy to find a piece of secluded paradise if taking the scenic route, instead of traveling the highways.

It has a thriving culture

The Hawaiian culture is very much alive, and it shows and shines through its people! From its city and beach names (which are almost all still in the Hawaiian language) to hula demonstrations at luaus to people speaking Hawaiian at the grocery store, the islands thrive on Hawaiian culture and its survival.

Even though Hawaii has a winter season, it doesn’t get much colder than 75°F (24°C) during the day—ever. It is summer all year long to the typical vacationer, and shorts and bathing suits are normal attire.

It has delicious food

As mentioned before, Hawaii is a melting pot of cultures, and every culture has introduced something and added their own flair to the state’s cuisine. Don’t be afraid to try some authentic Hawaiian food while you are here, and don’t let poi scare you; it is actually quite yummy!

From unique shopping such as farmers’ markets and flea markets to big malls and designer outlets, Hawaii will make your inner shopper very happy. 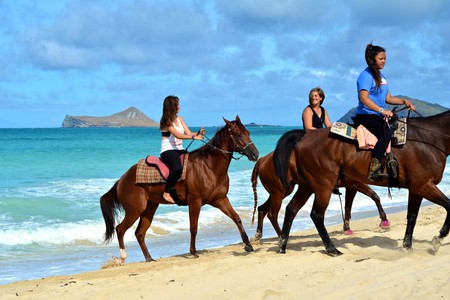 Hawaii is home to people who were born and raised on the islands as well as transplants from all over the world, and many people would agree that the state’s residents are some of the friendliest people around. This happy disposition may come from the fact that it’s summer here all year long, with the sun shining and people getting their daily dose of vitamin sea! Either way, no matter where you go, you’ll find smiling faces. 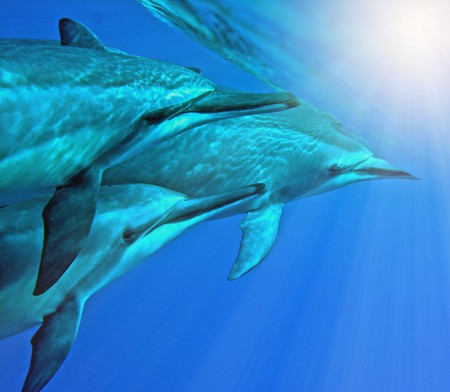 Hawaii is home to multiple beautiful animals that thrive near the coastal regions, and they are easy to spot if you keep an eye out for them. Whales put on amazing shows during the winter months, and dolphins swim around the islands year-round. You might even see the endangered honu (green sea turtle) grazing on limu (seaweed) or monk seals lounging on the beaches. It’s important, however, to respect Hawaiian laws and wildlife; don’t get too close and never touch. 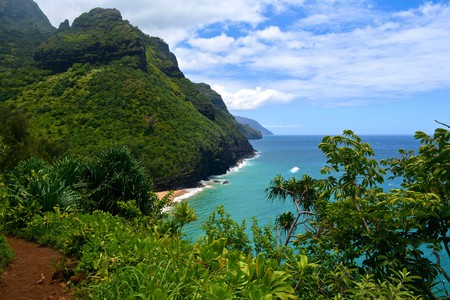 There are numerous legal hiking spots all over the island that offer panoramic views of the beautiful ocean as well as the mountains. For those looking for something a bit adventurous and daring, illegal spots always seem to attract the most attention; some people like the thrill and excitement of doing something dangerous.

Hawaii is home to a number of creatives, artists, actors, models, etc., all of whom have been shaped by Hawaii. These talents have inspired not only local people but also those from all around the world, and they help share the Hawaiian way wherever they may go. 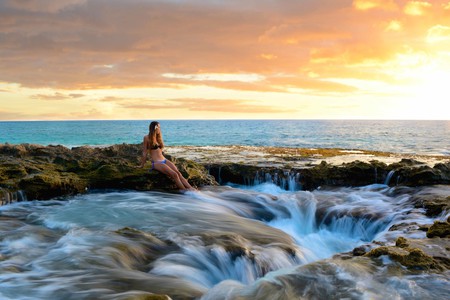 The breathtaking sunrises and sunsets

Not many places have clear views of both sunrise and sunsets. In Hawaii, the sun rises in the east and sets in the west, over the water, every day! Please take some time to enjoy both the sunrise and sunset while you are here; it is very cleansing for the soul.

Thousands of people get married and go on their honeymoon in Hawaii every year—and for good reason. There are plenty of beautiful and relaxing hotels and spas, private beaches, nonstop adventures, as well as fancy restaurants to experience with your significant other. 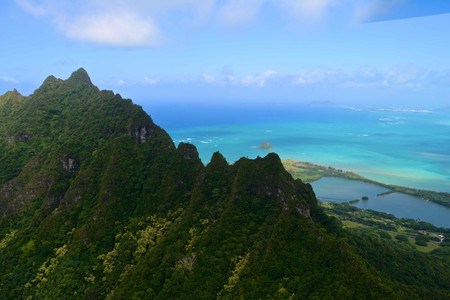 To see where your favorite movies and TV shows were filmed

Hawaii has been the location of several Hollywood productions, from TV shows such as Lost and Hawaii Five-0 to films such as Jurassic Park, Jumanji, Moana, Lilo and Stitch, and Pirates of the Caribbean, just to name but a few. 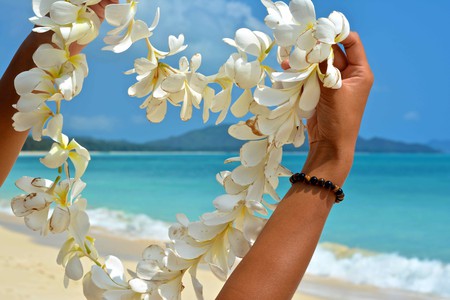 Yes, the aloha spirit is a real thing, and yes, it is present everywhere you go. From the smiling faces walking down the sidewalks to the friendly person who lets you in or out of traffic to that stranger offering to take you on a tour of the beautiful islands, you will feel the aloha spirit even if you aren’t looking for it.