11 Jurassic Park Spots That You Can Actually Visit 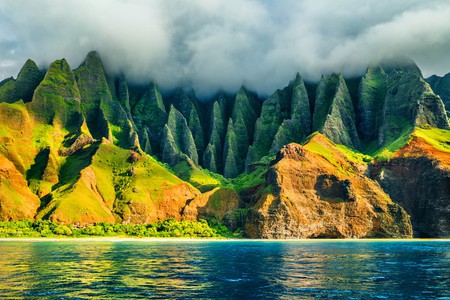 Most of us have seen every Jurassic Park movie (or at least the original), which was a childhood fantasy, a nightmare, and the adventure of a lifetime being realized on the big screen in 1993. Aside from the highly realistic dinosaurs and easy-to-imagine-happening-in-real-life plot line, the landscape and scenery in Jurassic Park is spectacularly stunning and it’s even more amazing that you can actually visit many of the spots where the movies were shot.

It’s a popularly held belief that the inspiration for Isla Nublar in Jurassic Park came from Isla del Coco in Costa Rica. This UNESCO World Heritage Site is located 550 kilometers (340 miles) off the coast of Costa Rica and the only way to reach this mystical place is by boat. The journey takes upwards of 36 hours but the dramatic landscape and verdant vegetation makes it easy to see why this place might have inspired one of the greatest dinosaur movies of all times. 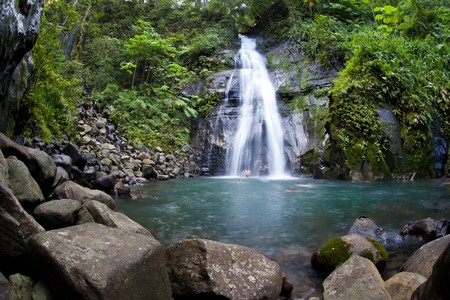 A good place for hiding from dinosaurs | © Ethan Daniels/Shutterstock

The scene in the beginning of the original Jurassic Park where Dr. Alan and Dr. Ellie are working on an archeological dig before they are recruited to visit the park for the first time was shot in the Red Rock Canyon, California. This is the only scene, outside of studio shoots, that was shot on the mainland in the United States; the remaining outdoors scenes all take place in Hawaii. 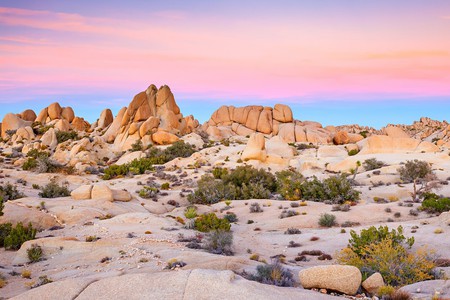 Deep in the desert | © S. Borisov/Shutterstock

The heart-pumping scene where Dr. Alan and the kids are caught in the midst of a Gallimimus stampede and duck behind a massive fallen tree to avoid being trampled and spotted by the T-Rex that’s chasing the herd was filmed on the Kualoa Ranch in Oahu. The infamous fallen tree is actually still on the ranch and is marked by a Jurassic Park sign.

When the cast first approaches Isla Nublar in the movie, you are actually seeing the Nā Pali Coast in Kauai. 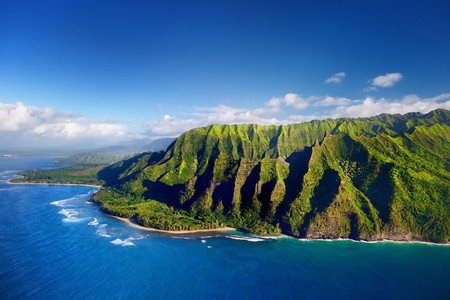 In the first movie, once the cast is inside the park, the electric fence that the T-Rex eventually breaks through when the power fails was constructed near the Olokele Valley in the northwest part of Waimea. 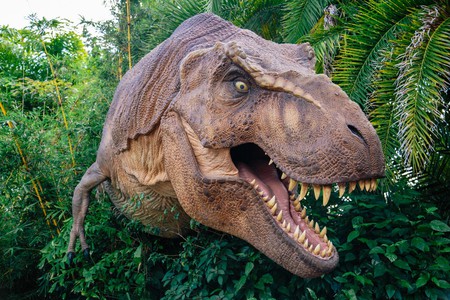 Set in the Dominican Republic in the movie, the scene where the lawyer, who is later eaten off the toilet, goes to inspect the amber mine was actually filmed on the Kapa’a Stream in Kauai. These beautiful falls are relatively unknown to tourists but you can hike to the falls by following the Kapa’a Stream. There isn’t a well-marked path, so expect this hike to be challenging even though it isn’t very long. This is definitely an off-the-beaten-path adventure and will make you feel like you’re right alongside Dr. Alan. 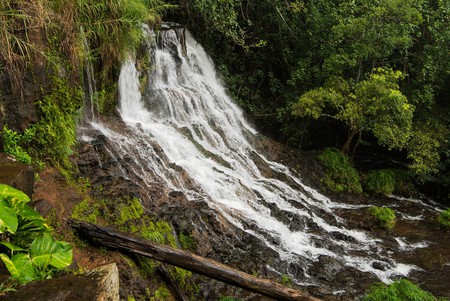 When the Jurassic Park cast is in the helicopter flying into Isla Nublar, the shots of the densely forested valley were filmed in the Hanapepe Valley. You can actually take a helicopter tour while you are in Kauai on which you’ll be able to recognize the spectacular Manawaiopuna Falls. 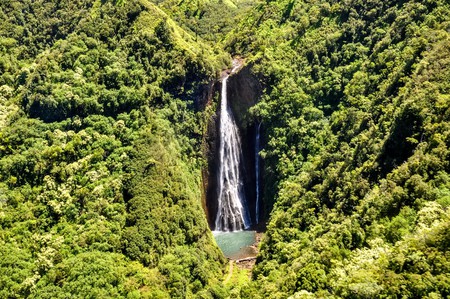 The legendary moment when Dr. Alan, Dr. Ellie, and the rest of the original cast members encounter the dinosaurs on Isla Nublar takes place on the Puu Ka Ele Reservoir. This is one of the only truly peaceful dinosaur encounters for the rest of the movie.

The iconic Visitor’s Center facade is actually the front of the Valley House Plantation Estate on 6191 Hauaala Road in Kealia, Kauai. The estate is priced at $24 million dollars and features three residences, two waterfalls, mountain and ocean views, and 102 private acres of land. The interior shots of the Visitor’s Center took place in the studio in Los Angeles, California. 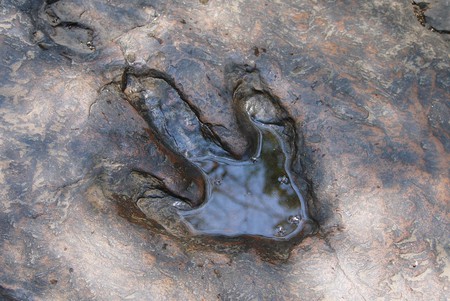 The infamous Jurassic Park main gates were constructed at the base of Mount Wai’ale’ale deep in the middle of Kauai. The gates have since been removed but there are two poles that were left standing to mark the famous entrance. You can hike the Waikoko Forest Management Road (which is approximately 12.8 kilometers/8 miles long) to walk right to the spot where Jurassic Park was almost opened to the world. 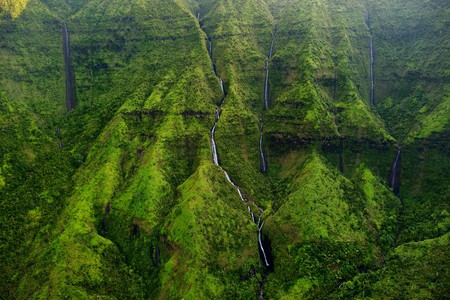 The wettest place on the planet | © MNStudio/Shutterstock 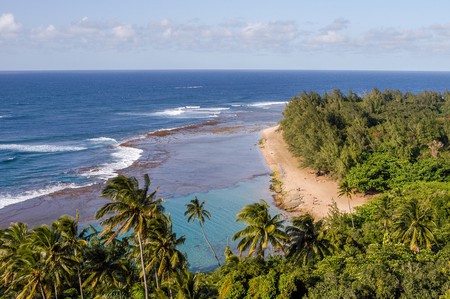 Not San Jose, Costa Rica | © Bob Coffen/Shutterstock
Give us feedback