This is the World's Largest Drive-In 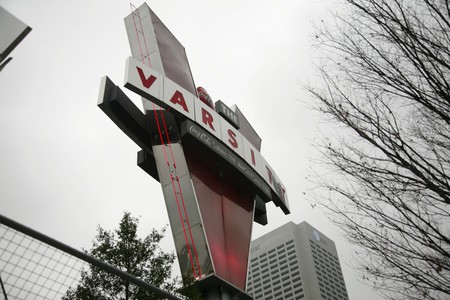 The iconic neon sign at the Varsity in Atlanta | James Emery

One of the largest metropolises in the traditional southeast, Atlanta is filled with world-class international cuisine and award-winning restaurants. But if you haven’t visited The Varsity, you’re missing out on a one-of-a-kind, Atlanta dining experience. Covering two-city blocks, The Varsity is the world’s largest drive-in restaurant.

Originally established in Midtown, across from the Georgia Institute of Technology (Georgia Tech), the legendary greasy spoon was founded in 1928 by a student named Frank Gordy. The hot-dog shop was originally named the “The Yellow Jacket,” after the university’s men’s college basketball team. An instant success, his hot dogs and burgers were in major demand. Gordy had to relocate the restaurant to its current location. It was there that he renamed it The Varsity. 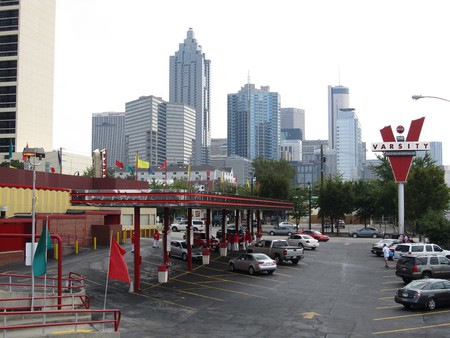 The Varsity, the world's largest drive in restaurant | © Ken Lund

It wasn’t until 1950 that the restaurant could claim the status of “world’s largest drive-in.” The Varsity was not only a popular hangout spot for young people, but working as a Varsity carhop was a coveted job as well. The Varsity employed over 130 carhops at that time. But by the 1970s, diners were coming inside to eat. The restaurant only employed 50 carhops then. Gordy responded to inside diners by expanding the dining room to sit nearly 650 people. 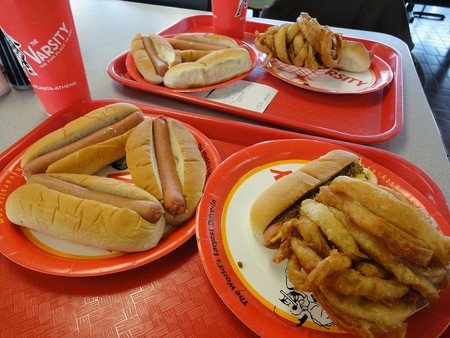 Today, the downtown restaurant features a multi-level car park that can accommodate 600 cars, carhops outside in red jackets and classroom-style seating inside. It serves an average of 15,000 people a day and serves more Coke than any other restaurant in the world. The Varsity greeting, “What’ll ya have, what’ll ya have?” is now legendary. The lines are long, but fast. The menu features chili dogs, onion rings, burgers, fries and, of course, milkshakes. The restaurant has been featured on the Food Network’s show Diners, Drive-ins and Dives and has served several American Presidents and celebrities since its opening.