The Best Rooftop Bars in Atlanta 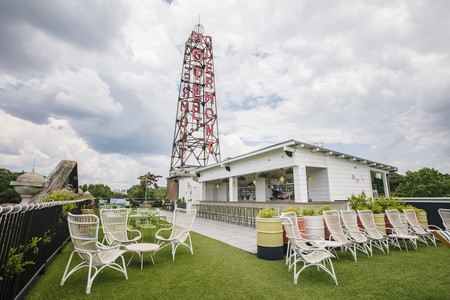 There’s something about summer nights that make us want to drink closer to the sky. Luckily, rooftop bar season in Atlanta isn’t slowing down anytime soon. Whether you’re sitting two stories high or drinking atop an Atlanta landmark, these rooftop bars will show you a time that’s as good as the view.

The rooftop at Hotel Clermont

After decades of vacancy, Hotel Clermont reopened in June, making it the star of this summer. Much of the buzz is owed to how it was remodeled: the resurrected Hotel Clermont balances grit with glamour and encapsulates its decades of existence. Reservations aren’t required to enjoy their rooftop bar, which offers campy takes under a neon glow. 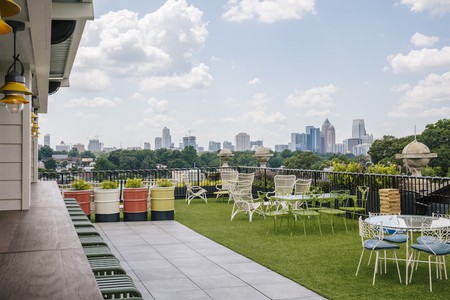 With locations around the city, Grindhouse Killer Burgers’ empire is lush with opportunities to drink outside. However, if you want to do it on a roof, you’ll need to visit the downtown Decatur or Grant Park locations. Grindhouse’s most recent addition on Memorial Ave. boasts a rooftop patio complete with astroturf and outdoor games. Another bonus? It’s dog-friendly. 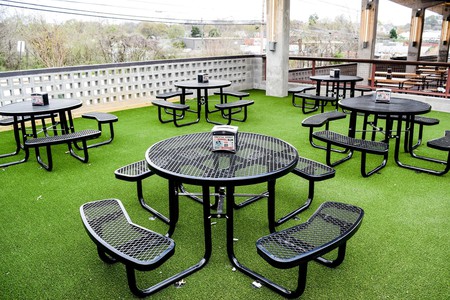 Whether you’re looking for a close-up view of Downtown or somewhere to watch an Atlanta United game, Der Biergarten’s rooftop patio has got you covered. Their extensive beer selection (we’re talking 18 German brews on tap and bottles from Germany, Ireland, England, and Belgium, plus a few domestic options) is balanced with hearty snacks like massive pretzels, sausage plates, and potato pancakes with applesauce.

Ponce City Market‘s roof is constantly bustling with activity ranging from carnival games to massive themed parties. Chill out at 9 Mile Station for craft beer, updated takes on classic cocktails, and snacks. Since it’s located smack-dab in the middle of Atlanta, the rooftop beer garden boasts an unobstructed skyline view spanning from Buckhead to Downtown. 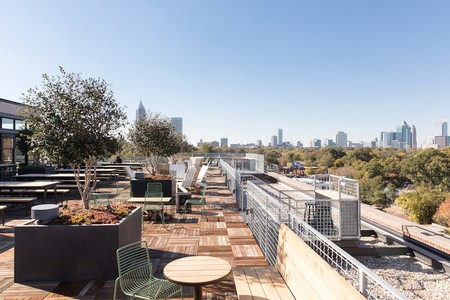 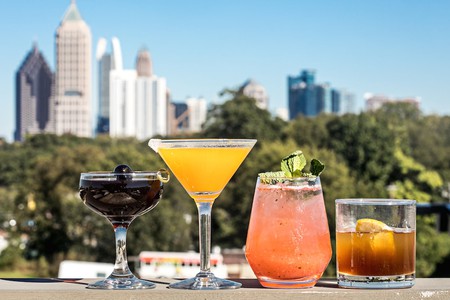 With locations in Grant Park and West Midtown, Six Feet Under Pub & Fish House offers two separate takes on Atlanta’s skyline (and, if you’re at the Memorial Drive location, Oakland Cemetery). Both spots feature a full bar and a modest selection of quality beers, as well as a huge selection of seafood. Standout snacks include the Buffalo oysters and rat toes (baked shrimp-stuffed jalapeños wrapped in bacon and served with ranch dressing).

Check out the green roof of our WestMidtown location. #rooftop #patio #seafood #oysters