How To Enjoy A Layover In Atlanta 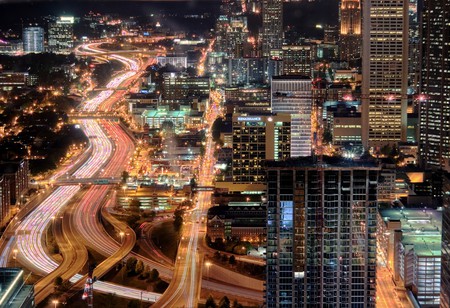 Let’s face it: we all hate layovers. There’s nothing worse than waiting several hours in an airport. But thanks to improved airport amenities, such as free-WiFi and cheap or free activities, layovers have become more manageable for the everyday traveler. Stopover in the ATL? No sweat.

The Atlanta airport is indeed large, but thanks to proper planning (terminals are in a straight line), it’s easy to get around. Take a walk, or hop on the SkyTrain for a faster trip between terminals. If you’re stuck in Atlanta for less than a few hours, it’s best to stay on airport grounds. But don’t worry – there’s plenty to keep you occupied.

Like most airports, Hartsfield-Jackson has a wealth of duty-free shops. But those with a lush appetite can get their fix at high-end stores such as Keihl’s and L’Occitane en Provence. If you just want to relax, there are airline lounges – American’s Admirals Club, Delta Sky Club – for around $60 a day; The Club, which charges $40 a day, is an alternative to that of the major airlines. Minute Suites in Concourse B offers TV, WiFi, and napping for $42 per hour. In Concourse D, Jay-Z’s 40/40 Club offers a bar-meets-nightclub setting with a VIP section.

In the past, it was virtually impossible to find anything outside of a McDonald’s or Burger King once inside the airport. But ATL delivers. One Flew South, the airport’s first upscale dining establishment, is consistently ranked one of the best airport restaurants in the world. The cuisine, inspired by world travels, features dishes like the pulled duck confit sandwich with fig and toasted peanut relish and soy glazed grouper with bok choy – alongside a carefully crafted cocktail menu. And if you’re in a hurry, the restaurant’s to-go selection is on point. There’s also Atlanta Chophouse, Ecco, The Varsity, and Sweet Auburn Curb Market for gourmet eats and goods. 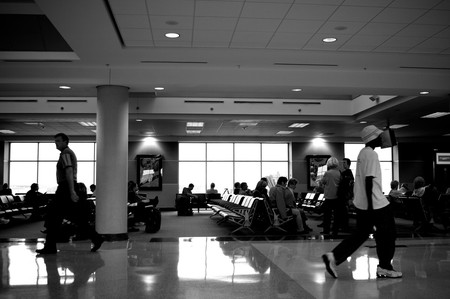 If you have around five or six hours, check your bags with your destination (there’s no baggage storage), grab a taxi, and head outside the airport.

The Delta Flight Museum, located just outside the airport, is housed in a historic hangar with several flight exhibits documenting America’s history in the air. Nearby Hapeville, a neighborhood that has grown around the Atlanta airport, boasts a historic downtown featuring a Historic Christ Church & Carriage House, a Historic Depot Museum, renovated stores, and a park.

In Hapeville, Pit Boss BBQ, The Crab Spot, and Eat Slideways offer good options for grabbing a bite, while Volare Wine & Bistro is ideal for a glass of vino and a few small plates. Drip Coffee Shop, a hip stop for a cup, is perfect for recharging before your flight. 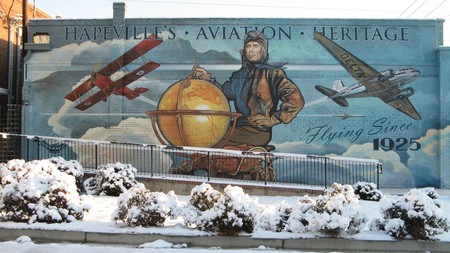 With more than six hours to kill, escaping into the city is the best bet and is easily accessed via public transit: MARTA or Super Shuttle both get you to Atlanta in less than 30 minutes.

An afternoon downtown should include a visit to the Center for Civil and Human Rights, Centennial Olympic Park, the Georgia Aquarium, and the World of Coca-Cola – all of which are easily accessible by train and within walking distance from one another. In Midtown, there’s the High Museum of Art, Margaret Mitchell House, Atlanta Botanical Garden, and Woodruff Arts Center. A quick jaunt to the Sweet Auburn neighborhood via the streetcar will get you to Martin Luther King Jr.‘s childhood stomping grounds. Be sure to visit the King Center and MLK National Historic Site.

Good eats are aplenty downtown. White Oak Kitchen & Cocktails, Max’s Coal Oven Pizzeria, Legal Sea Foods, and Alma Cocina are stars. But if you make your way to the Sweet Auburn neighborhood, a visit to Sweet Auburn Curb Market is a must. This place is the real deal: food vendors run the gamut, from ethnic eats to sweets, amongst shops selling meat, produce, seafood, and artisanal goods. 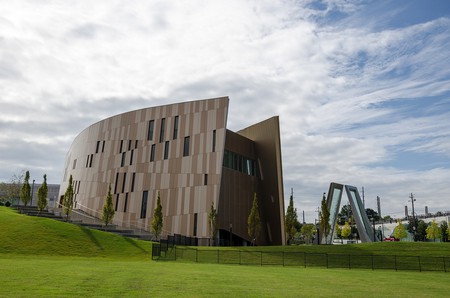