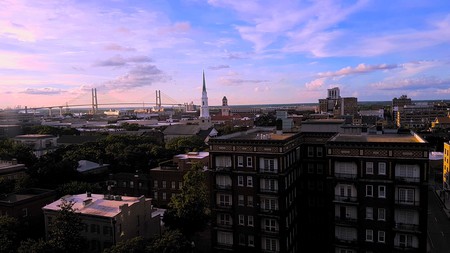 The Southern state of Georgia is famous for peaches, Coca-Cola and the city of Atlanta, which has the busiest international airport on the planet. But now it’s overtaken Hollywood to become the biggest film-producing market in the world.

When Deliverance was released in 1973, few could have predicted that a dark tale about city slickers versus country folk would set a sleepy Southern state on the path to multibillion-dollar filmmaking success.

The news that Georgia had overtaken the traditional home of cinema production in California might have come as a surprise to some, but the people working behind the scenes in the respective states saw it coming. For LA, the result has been a drastic change in the way films are being made and funded. For Georgia, its a case of business as usual… and business is booming. 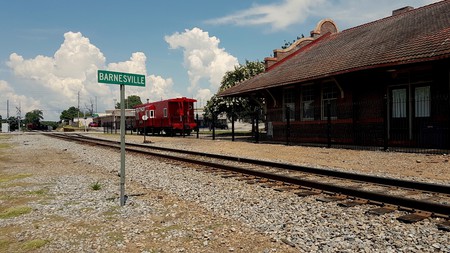 Lee Thomas, deputy commissioner of the Georgia film office, explains how the success of the film industry in the state can largely be attributed to one man.

“Then-governor [and future president] Jimmy Carter started the Georgia film commission in 1973 because of the Burt Reynolds movie Deliverance. It was shot in the mountains, for a relatively small budget, but he [Carter] saw how much money was coming in. We had some good years with the likes of Smokey and the Bandit (1977) through to Driving Miss Daisy (1989).” However, it wasn’t a straightforward rise to the top, there some were major obstacles along the way.

“There was a drop because of Canada’s aggressive tax credits. We struggled along and were scouted for the Ray Charles biopic, and he was a Georgia native, but Louisiana came along offered an incentive and the production left here. That was the wake-up call,” Thomas says.

In response, the state offered tax incentives from 2008, and in the subsequent decade Georgia has seen a rapid increase in film and TV production within the state, culminating in last year’s announcement that it had overtaken Hollywood and become the biggest location for film production in the world. The temperate climate, allowing for year-round shooting, as well as the varied aesthetics of the towns, cities and mountains of the region have been cited as the main reasons producers are choosing Georgia over anywhere else. Other states have attempted to better the tax incentives offered by Georgia but, as Thomas puts it: “You don’t want to film in Michigan in February. It’s not good…”

New Mexico, a rival state for Georgia, has been on the increasingly in popularity with filmmakers, but has one important drawback: it looks like New Mexico. “Georgia can double for New York and LA. We’ve also stood in for Amsterdam and Paris too,” Thomas says. The flexibility of the Georgia’s government officials and departments is another bonus. For Baby Driver (2017), more than 140 roads were closed for the spectacular chase sequences, all with the assistance of the state. 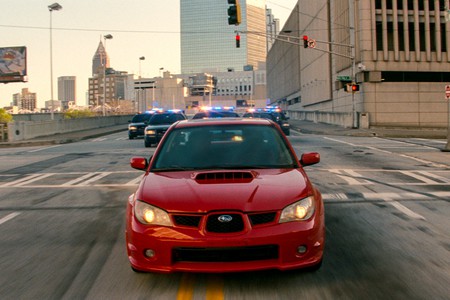 Before the 2008 tax incentive, Georgia’s entertainment industry was making $241 million per year. Last year, that number was closer to $9.5 billion thanks productions like The Walking Dead, Stranger Things and the Marvel movies. As well as waiting to be scouted by major studios, Georgia officials are now taking matters into their own hands, seeking out productions that would be suitable for their state. Various elements of the industry, from crew to production houses, are moving out of LA and over to Georgia.

“We had tried to get [Marvel] here for a while,” Thomas says when speaking about the biggest productions currently going on in Georgia. “We just didn’t have the studios to make them. We were trying to get the Hunger Games films and by the time the sequel came along the economy had just dropped. We got the sound stages ready and made the three follow-up films, and that’s when Marvel came along. We had Guardians of the Galaxy (2015), Ant-Man (2015) and the two most recent Avengers films. They are actually just prepping for Guardian of the Galaxy 3 at the end of the year.” 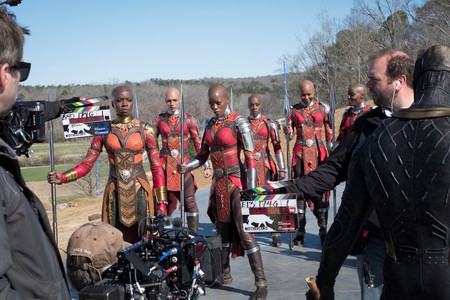 To qualify for Georgia’s tax credits, some form of promotional value has to be added to any production. This can include the addition of the Georgia Peach logo to the end of a movie. All genres and types of films are considered by Georgia’s film commissioners, even the ones that don’t impress at a script level. The exception is films that fail to pass existing certification classifications, so x-rated movies don’t get any tax credits.

“We never know what will resonate with people. Who knew that a zombie apocalypse show would change entirely the town of Senoia? They have international tourists coming in all year round…” Thomas says.

We recently spoke to Atlanta star Brian Tyree Henry and found out his tips for things to do in the state capital.

Barnesville, the primary location for HBO’s new series Sharp Objects, is the latest town in Georgia to be picked out and seemingly placed on the path to success. Every county and town in the vast state looks towards one place in particular for inspiration: Savannah. The oldest city in the state was a strategic port during the American War of Independence and the Civil War. Many superstitions have arisen about the ‘Hostess of the South’ in the years following this period, creating a woozy mixture of the mysterious and the strange.

Known locally as ‘The Book’, John Berendt’s 1994 novel Midnight in the Garden of Good and Evil was an international bestseller and inadvertently triggered the tourism boom still enjoyed by Savannah today. Walking tours around the squares and parks of Savannah are always popular and allow visitors to take in the paranormal and true-crime sites. Berendt’s book tells the true story of Jim Williams, an antiques and property dealer who was on trial for the murder of a male prostitute known as Danny Hansford. The house where the death occurred has a storied past and is one of the highlights on any visit of the city. 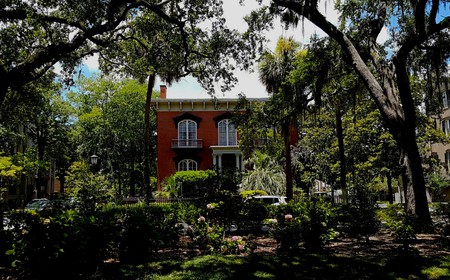 Clint Eastwood adapted the book for a film in 1997, and although the big screen version has mixed reviews, one thing everyone can agree on is that Savannah was the real star, with many films and TV shows going on to pick the city as their backdrop.

An obvious question is: how do shows and films that aren’t exactly positive – those featuring dark themes or showing Georgia in a potentially negative light, for example – do the job of promoting the state?

“You look all the way back to Deliverance, and that wasn’t exactly friendly to Raven County… but then it kicked off a multimillion-dollar white-water rafting industry in that area. The Walking Dead doesn’t exactly put us in the best light, but people love that show and it has created a lot of energy too. It is a lot of jobs.”