Everything You Need To Know About Atlanta Movie Tours 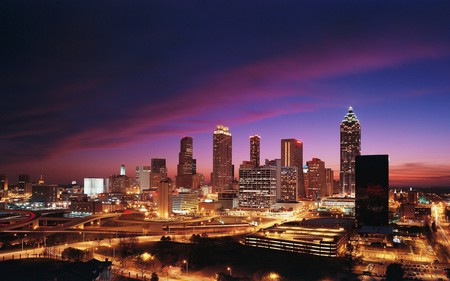 Katniss Everdeen, Rick Grimes, and NeNe Leakes are just a few of the characters you’ll find in Atlanta.

You’ve probably noticed the “Made in Georgia” tag popping up in the end credits of your favorite shows and movies with increasing frequency in the past few years. It’s not your imagination. Atlanta has become the “Hollywood of the South,” thanks to a Georgia tax credit the state offered to get production crews to shoot their projects in a more affordable locale than California (it also helps that the cost of living is lower for the cast and crew). In the past 40 years, more than 1,200 films and TV projects have been shot in the Atlanta area, and there are now 14 film studios in the region.

Not only does this offer up more job opportunities for Atlantans – as well as a chance for local aspiring filmmakers and actors to get their feet wet in the industry without having to make the daring move to L.A. before they’re ready – but it also offers up a new opportunity for Atlanta’s tourism industry: film tours. And Atlanta Movie Tours has got that market cornered.

Based in the Castleberry Hill neighborhood, Atlanta Movie Tours was launched by founder/CEO Carrie Burns in 2012. Today, the company offers 10 different tour experiences for fans who want an up-close look at where their favorite shows and movies were shot. Here’s everything you need to know about Atlanta Movie Tours.

In honor of Memorial Day Weekend and the first annual @senoiadeadbash, we have a very special host on the Big Zombie Tour 3. Bad boy Savior “Jared” from seasons 7 & 8, played by the loveable @joshuamikel, will be along for the ride and we may even have a special extra location to add to the excitement! Link in bio for tix!! #walkingdead #twdfamily #twd (PS – we of course loved him in @gamenightmovie too 😍)

It all started with the “Big Zombie” tours

Burns used to take visiting friends on unofficial tours of The Walking Dead’s Atlanta shooting locations (much of the show is also filmed an hour outside of Atlanta, in Senoia, GA). In early 2012, a friend and eventual business partner suggested that she turn her hobby into a full-fledged business, and thus, Atlanta Movie Tours was born.

There are now four separate Big Zombie Tours. The first explores Atlanta locations from season 1, including the hospital where Rick woke up at the start of the series, the Jackson Street Bridge and the Goat Farm. The second tour takes viewers an hour away from the city to Senoia (known to fans as Woodbury) to visit locations from seasons 2 through 5, including Morgan’s apartment and the Zombie Arena. Big Zombie Tour 3 is a three-hour bus tour, which features locations from all six seasons, and is led by someone with behind-the-scenes knowledge of the show. And the Big Zombie Walking Tour takes guests on a one-hour trek through Senoia, complete with visits to the Alexandria Safe Zone, the Pudding House, and the Claimer’s House.

The “Hero” tour is tailormade for comic book nerds

Marvel fans, rejoice! Atlanta Movie Tours’ latest offering highlights locations from some of the biggest MCU movies released in the past few years, including Black Panther, Captain America: Civil War, Spider-Man: Homecoming, and Avengers: Infinity War. As a bonus, this tour also features locations from The Hunger Games, and The Walking Dead, because heroes don’t have to be “super” to save the day.

This three-hour tour is a new spin on a more traditional Atlanta tourist attraction. A Margaret Mitchell impersonator shares the writer’s life story while leading guests on a tour of the city. It all leads up to a visit to the Margaret Mitchell House in Midtown, where the author penned the Pulitzer Prize-winning Gone with the Wind. Guests will even get to see Mitchell’s award, typewriter, and first drafts of the 1936 novel.

Perfect for guest who wants an all-encompassing Atlanta Movie Tour experience, this tour features locations from a wide-ranging variety of films shot in the area. This experience hits many of the same spots highlighted in the company’s themed tours, as well as locations from The Fast and the Furious, Baby Driver, Stranger Things, Rings, Anchorman 2, The Real Housewives of Atlanta, and more.

Adult tickets for Atlanta Movie Tours range from $20 to about $70. For more information, visit www.atlantamovietours.com.