A Guide to Georgia's Spectacular Coastline 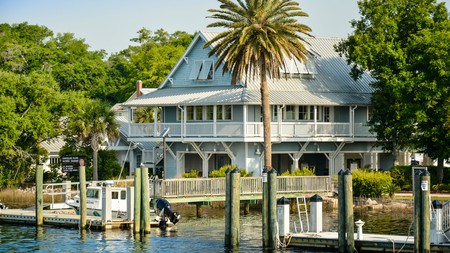 The coastline of Georgia, in the southern United States, stretches from Tybee Island and Savannah down to Florida. While the Sunshine State is known around the world for its beaches and seaside attractions, the underrated Georgian coastline is worth considering if you want a less crowded experience with some unique destinations, too.

The Southern US state of Georgia is best known for its beautiful towns, burgeoning entertainment industry and its capital city, Atlanta. Away from these well publicised crowd-pleasers, however, the coastline, all 100mi (160km) of it, provides an unexpected escape from tourists and an unspoilt wilderness excursion for curious travelers.

This quiet stretch of coast has 15 barrier islands, some of which are accessible by car if you’re on a road trip through the state. Our guide splits up the main places to visit into the two categories commonly used by locals, with a few hidden gems thrown in for good measure.

The Major Islands of Georgia 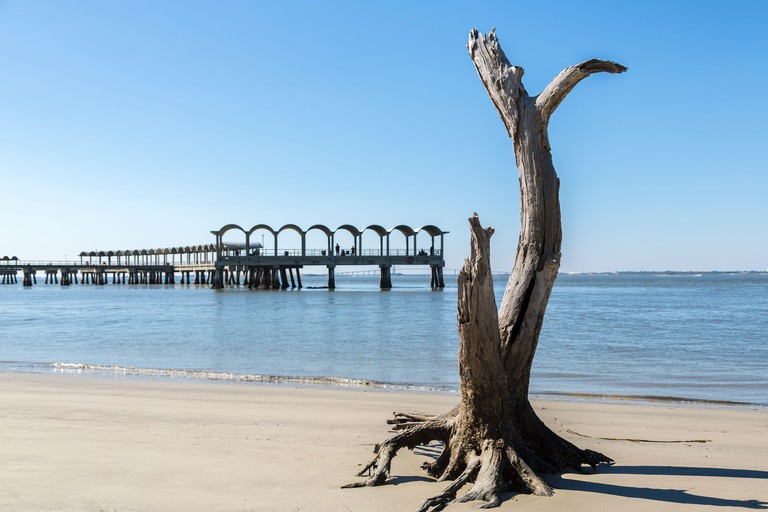 Midway between Jacksonville in Florida and Georgia’s own popular hotspot of Savannah, you’ll find this historic district. Driftwood Beach is a great spot for artists and photographers, and the backdrop of fallen tree trunks and branches provides some haunting views. Jekyll Island Club Resort once attracted the rich and famous and continues to draw celebrities today; for the rest of us, a glance up at the stars in the sky will have to do. Boat tours are also available from here if you fancy exploring the marshes and waterways where it’s possible to spot inquisitive dolphin pods. 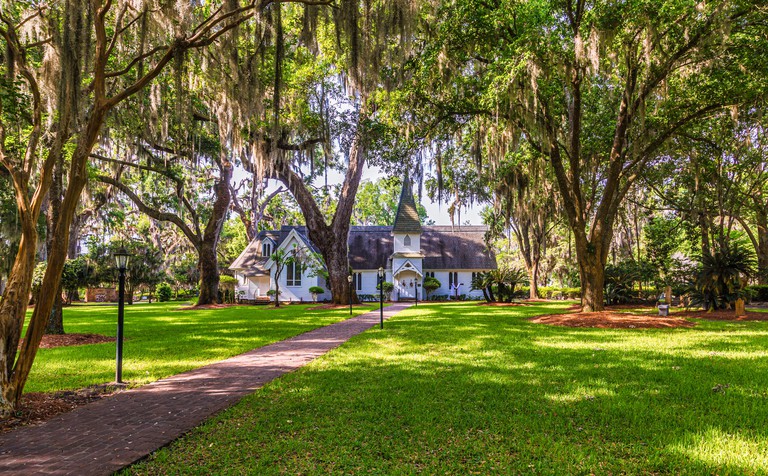 If you’re looking for a place to live like a local, then Saint Simons Island is home to more permanent residents than any other barrier island. You’ll find some great places to stay and plenty of shopping options if you want to buy some treats for home. A fun and quirky thing to do here is a day trip on the Lady Jane, a shrimping vessel that tours the coastline. 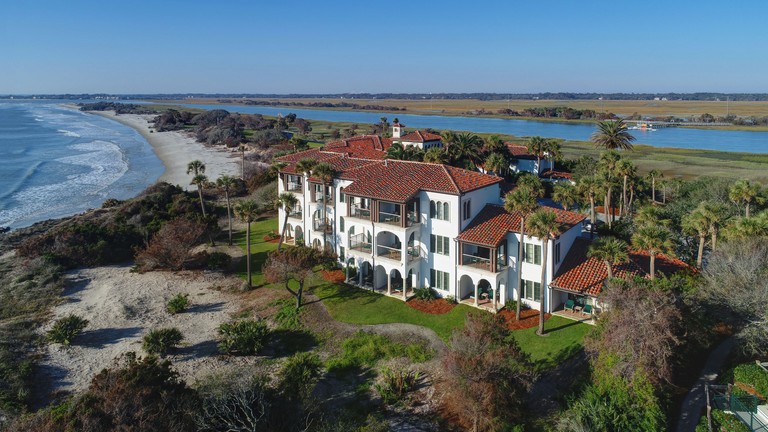 Sea Island is perfect for a resort-style break if you’re looking for a relaxing holiday on the coast. The Cloister at Sea Island is a legendary property that combines elegance and luxury in exclusive surroundings. For a more rustic stay, you can rent a cottage here – this is one of the private islands that make up the Golden Isles (which include public destinations Jekyll, Saint Simons and Brunswick), so you’ll have to have a good reason to come. 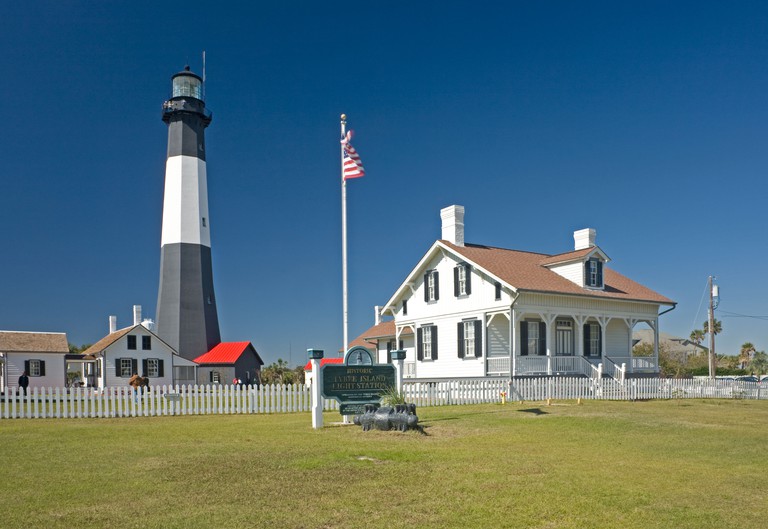 Further to the north and serving as a beach for Savannah, Tybee Island has been a popular destination since the 1800s and most recently doubled as the beaches of Florida in the 2017 Baywatch remake starring Dwayne Johnson and Zac Efron. Tybee Island Light Station is the oldest and tallest lighthouse on the coast here and visitors can climb to the top to get incredible views that are hard to find anywhere else. Little Tybee Island is a haven for wildlife and you can take a kayak tour with a local expert to find out more.

Lesser-Known Locations on the Georgia Coastline 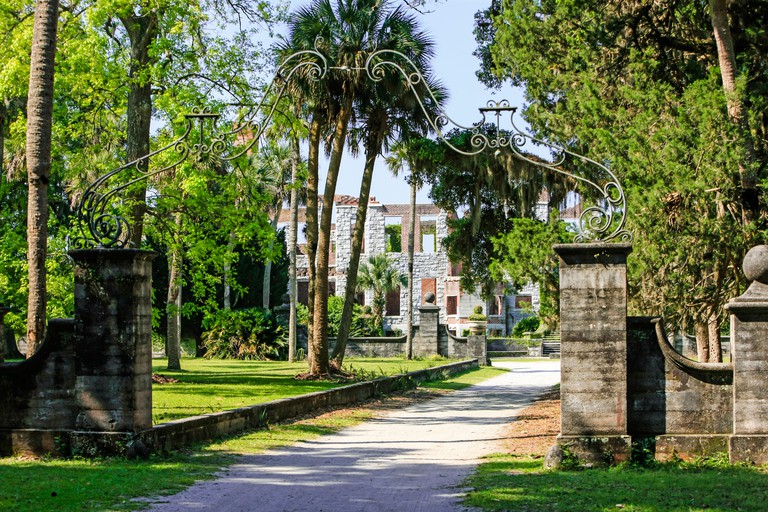 Once an island retreat for the obscenely wealthy Carnegie clan, the largely undeveloped Cumberland Island is only accessible by ferry from St Marys. Wild horses roam here and are descended from those that once worked on Spanish missions, coastal plantations and estates. Don’t miss the Dungeness Ruins and see the National Seashore if you end up on the island.

On Sapelo Island, which is only accessible by boat, you can meet the Gullah Geechee community, descendants of enslaved West Africans, who have kept their traditions alive for more than two centuries. Listen to their incredible stories and sample authentic West African cuisine with a hint of Southern ingredients. The best way to visit and help preserve this remarkable community of Hog Hammock is by taking a tour from Sapelo Island National Estuarine Research Reserve Visitors Center. 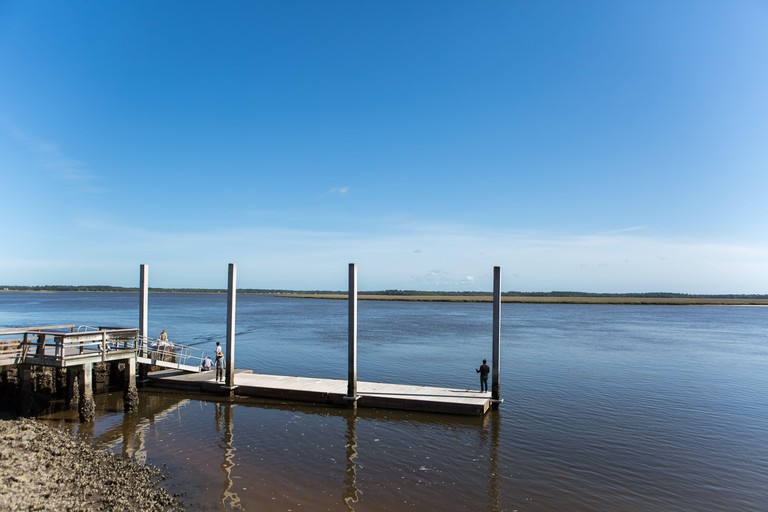 This park, on the southern tip of Georgia’s Colonial Coast, is the perfect intersection of waterway and maritime forest. There are campsites available here, as well as riverside cottages if you want more comfort than you’ll get camping. The park nature trail winds through a forest and salt marshes, where hikers can spot gopher tortoises, fiddler crabs, herons and other birds. 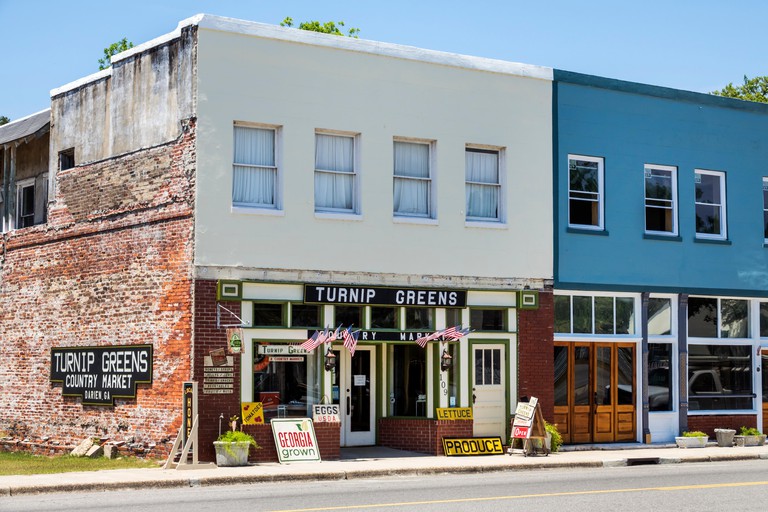 Darien, on the Atlantic coast and part of the Altamaha Scenic Byway, is where the term the Golden Isles was first coined. This gives you a clue as to the views you can expect here, but the town itself is a beautiful hideaway as well. There’s rumoured to be a sea monster swimming in the Altamaha River if you want to chase some adventure, or head to one of the fish houses for a smaller bite to eat. 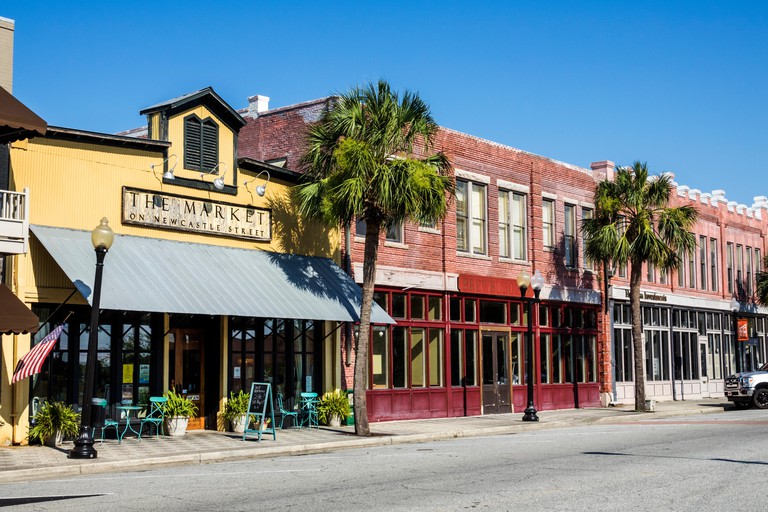 This mainland city is a great place for seafood enthusiasts and even has a dish named after it. The classic Brunswick stew is a rich, earthy dish that used to be served with rabbit or squirrel, although many variations today include chicken. Don’t worry, there are still plenty of fresh seafood restaurants and stalls here if you’re looking to make the most of the coastal catches from the fishing boats that circle the docks. Savannah is the obvious choice for a coastal town in Georgia, but Brunswick is our tip for somewhere a little off the beaten track.