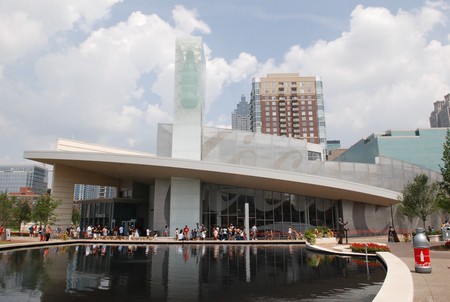 Invented by a local pharmacist John S. Pemberton, but originally intended to be a medicine, Coca‑Cola’s formula was created in 1886. Alongside the distinctive Spencerian script, it was John Pemberton’s bookkeeper, Frank Mason Robinson, that came up with the formula’s name, Coca-Cola. Asa Candler, an Atlanta businessman, acquired the company and incorporated The Coca‑Cola Company as a Georgia corporation. Soda-lovers around the globe now enjoy Coca‑Cola Company products 1.7 billion times every single day. That’s about 19,400 beverages every second. The World of Coca-Cola was launched in Atlanta to share the brand’s story with Coke-lovers around the world. From its secret vault to its groundbreaking advertising memorabilia, discover 15 things that make the World of Coca-Cola such a unique place to visit.

Just blocks away from where John Pemberton created the original Coca-Cola formula, sits the new 20-acre museum. But the World of Coca-Cola originally opened at Underground Atlanta, a popular shopping and entertainment district, in 1990.

The museum has its own mobile app

Allowing guests to experience the museum like never before, the World of Coca-Cola Explorer mobile app was designed specifically to be your very own VIP tour guide. The app offers fascinating facts about Coca-Cola and the museum and creates custom photos. The app’s features are also available after visitors leave the museum.

Using local materials, artists from various countries around the world created Coke bottles representative of their countries. These “Folk Art” Coke bottles were first shown at the 1996 Summer Olympics held in Atlanta. Many visitors today enjoy locating their country’s bottle when they first enter the museum. 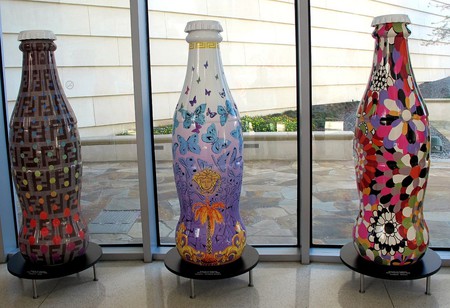 Artistic Coke Bottles at the World of Coke/frankieleon/Flickr

Visitors can take pictures with the Coca-Cola Polar Bear

From the famous “Always Coca-Cola” campaign, the world was introduced to the white Coke Panda Bear. In the lobby of the museum stands the famous bear. One of the attraction’s most popular features is a photo opportunity with the 7-foot Coca-Cola Polar Bear.

Visitors can create their own “Coke Art”

An interactive art exhibit, “My Coke Art” allows visitors to explore the brand’s influence on popular culture by creating their very own Coke bottle.

The 3-D movie, “In Search of the Secret Formula” begins in with an eccentric professor and his assistant trying to uncover the formula to Coke’s success. The fourth dimension is uncovered when the audience’s seats become special effects as well. 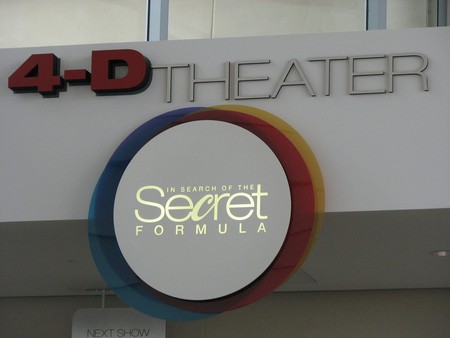 You can visit “The Vault”

It wasn’t until 2011 that Coke-lovers could publicly view the secret vault, where the 125-year-old secret formula for Coca-Cola was kept under lock and key. An exhibit titled “The Vault of the Secret Formula” allows visitors to learn about the most closely guarded trade secret in history through a multimedia experience that delves into the rich history, mythology and intrigue around the secret formula. 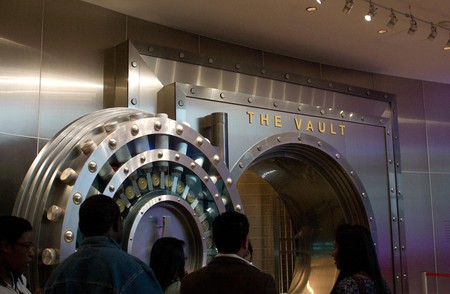 The Vault where the Coke secret formula is held/chezshai/Flickr

You can view the bottling process

Inside the vault, there is a mini bottling plant. The mini-plant makes 20 bottles per minutes so visitors can see the process with the human eye. Some actually run at a rate of 2,200 bottles a minute. 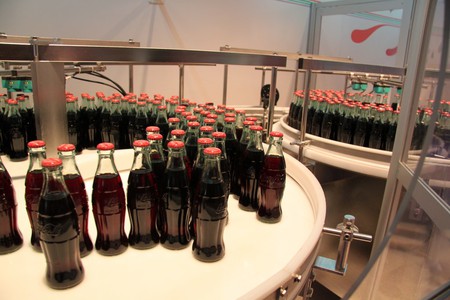 Representing more than 125 years of Coca-Cola memories, the loft has a variety of Coca-Cola-printed advertising materials, artifacts and Coke signs from around the world. 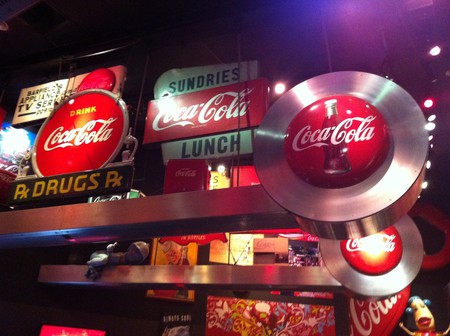 Coke signs in Loft at World of Coke/ DebMomOf3/Flickr

Visitors can visit the “Happiness Factory”

It’s a theater that sits 224 and takes visitors on an incredible journey through an animated film. Voices of the characters in the film are from employees of the World of Coca-Cola. The concept of the Happiness Factory came from animator and Monty Python member, Terry Gilliam.

Check out the “Milestones of Refreshment” Exhibit

The first floor exhibit, “Milestones of Refreshment,” chronicles the history of Coke. Beginning with John Pemberton’s experimental laboratory and the soda fountain of Jacob’s Pharmacy all the way to the company’s takeover by Asa Candler, who globalized the company. The exhibit concludes by exploring how the global community around the Coca-Cola brand expanded thanks to advertising.

You don’t want to miss the “Taste It” lounge

With over 100 Coke flavors, visitors are taken on a trip around the world in the tasting area. 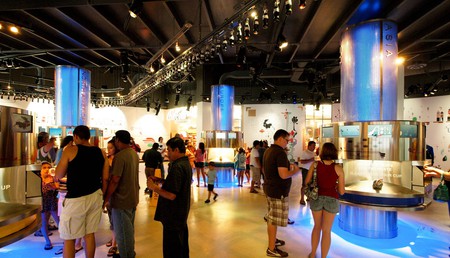 The gift shop has its own entrance

Coca‑Cola Store Atlanta offers visitors various merchandise including decorative keepsakes, apparel, accessories and one-of-a-kind art pieces, many of which are unique to the store. A ticket is not required to enter Coca‑Cola Store because it has its own entrance.

You get a free Coke

Visitors get a free Coke to take home at the end of the tour. 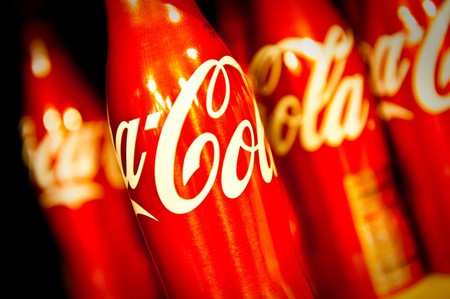 Reservations are not required for general admission. The World of Coca-Cola is open seven days a week; closed only on Thanksgiving and Christmas.