11 Dishes to Eat When You're in Atlanta 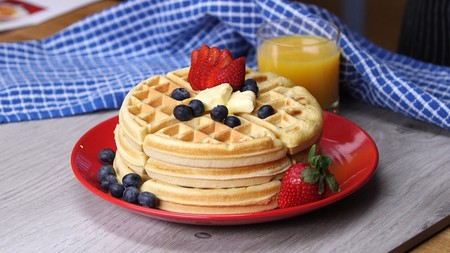 From world-class chefs to farm-to-table restaurants, Atlanta’s cuisine is just as flavorful and diverse as the city itself. With a city that has so much to offer, figuring out what to try first can be a little overwhelming. To get you started, here are 11 dishes everyone should try while in Atlanta.

BBQ is undoubtedly a southern staple, but each southern region has their own style of the dish. Atlanta BBQ is eclectic because it’s influenced by the various surrounding states’ style, including North Carolina and Tennessee. Locals love to sit on the patio at Fox Bros BBQ and enjoy a rack of ribs or a pulled pork sandwich.

An iconic southern dish, fried green tomatoes started popping up on menus all across the country thanks to the popular book and Oscar-nominated movie, Fried Green Tomatoes. While the book is set in Alabama, the movie was filmed in Georgia. Proud of its fried green tomato legacy, you can find restaurants all over Atlanta offering their take on the the southern dish. Located in one of Atlanta’s hippest areas, South City Kitchen offers a more contemporary fried green tomato dish.

Just one more day until #SCKAvalon opens in @hotelatavalon! It opens for dinner tomorrow night, followed up breakfast and dinner on Wednesday. Now you have even more places to get your South City favorites (and plenty of new menu items exclusive to this Alpharetta location.)

The origin of the dish is often debated, but southerners have made it their own. Because Atlanta locals take their fried chicken seriously, there isn’t a brunch menu around the city that doesn’t feature chicken and waffles. Traditionally served with dark meat, the brunch specialty can also be served with white meat. When in Atlanta, don’t miss the sweet and savory flavors of chicken and waffles.

Despite not originating in the south, it’s become a southern favorite. A spread or relish made with cheese, mayonnaise and pimentos, it’s often referred to as the “southern pâté.” You’re sure to find it on the menu in many cafes, pubs and restaurants. It’s a unique alternative to a grill cheese.

The ultimate comfort food, mac and cheese is something not to be missed in Atlanta. Prepared with lobster, truffles or white cheese, there are so many ways to enjoy the gooey cheesy dish. Traditional mac and cheese enthusiasts living in Atlanta head to The Colonnade Restaurant, but check out Poor Calvin’s for unique varieties.

Atlanta is home to amazing southern food, but that’s not all it has to offer. This savory Vietnamese soup has been an Atlanta favorite for years. There are countless restaurants in city that offer many different types of Pho, but So Ba in East Atlanta is a local favorite.

Everyone loves Buffalo chickens wings. But in Atlanta, locals order lemon pepper wings wet. Lemon pepper wet wings are simply chicken wings with wing sauce and lemon pepper seasoning. Because of the popularity of the flavor, some wing spots even have their own signature lemon pepper sauce. Locals love the zesty spicy flavor combo. For a healthier alternative than fried wings, Atlanta locals are flocking to Jack’s for their baked fall-off-the bone wings.

Atlanta is the capital of the peach state after all, so it would be remiss not to try it when you visit. Located in the heart of the city, Mary Mac’s Tea Room has been the place to go for the best peach cobbler for over 70 years.

Home to the Waffle House, the hash brown game in Atlanta is strong. Whether you take them on the side of your eggs or as an entree, don’t forget to order them scattered, smothered and covered.

'Cause the addition of mushrooms to a bunch of fried potatoes and cheese makes them healthier, right?? #toomanysp #freestyle #zeropointeggs #wafflehouse #zeropointdinnertonightforsure #worthit

Loaded with fresh ingredients, fish tacos are great for lunch or dinner. While the original fish taco was made with deep-fried fish, restaurants are now offering healthier grilled fish options. Mexican restaurants in Atlanta offer the freshest and most delicious fish tacos around the southeast.

Breakfast is the most important meal of the day and while there are many breakfast options, the pancakes in Atlanta are second to none. If you’re looking to indulge a little for breakfast, check out the local’s favorite, Ria’s Buluebird.