The 8 Best Things To Do in Downtown Miami 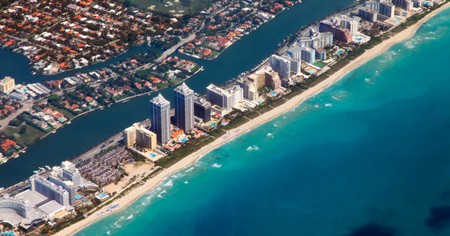 Home to historic buildings, state-of-the-art green spaces and the city’s best museum, Downtown Miami is far more than the 9-5 neighborhood it was once known for.

Though the financial district still makes up a large part of Downtown, Biscayne Bay, Brickell and the nearby Florida Keys offer an endless choice of cultural activities, outdoor adventures and dining experiences. From paddleboarding and trapezing to boutique shopping and comedy nights, here are some of our favorite things to do in one of Miami’s fastest-growing neighborhoods. 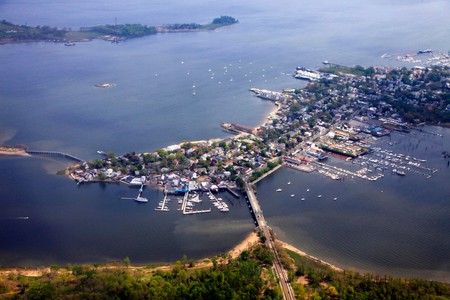 Stargaze at the Frost Museum of Science

A 250,000-sq.-ft. property that cost $305 million to build, the Frost Museum is one of the world’s most ambitious science spaces. The campus-like museum is split into four buildings: the Aquarium, the Frost Planetarium and the North and West Wings. Here, visitors can spend hours – perhaps days – tracing our planet’s first living cell right through to modern-day space exploration. The feathered dinosaur exhibition, interactive design lab and a three-story aquarium offer hours of entertainment for adults and kids alike. But, the real show-stopper here is the Planetarium: a 250-seat, 67-foot dome that transports visitors to outer space with a 16-million-color visual system, six 3D projectors and a state-of-the-art surround sound system. This is arguably Miami’s best museum – don’t miss it. 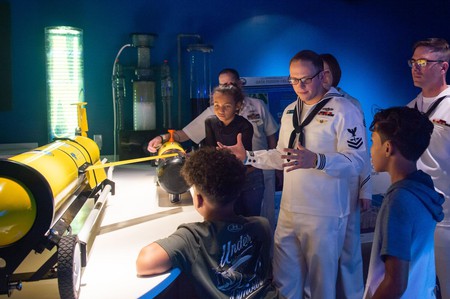 Shop, dine and party at the bayside

Visiting Downtown and not doing some shopping is like going to Little Havana and not eating a Cuban sandwich – it just doesn’t happen. The best place for some Downtown retail therapy is the two-story Bayside Marketplace, where you can browse anything from designer shoes to Miami fridge magnets – all with a palm-fringed marina view. But shopping isn’t all that’s on offer at this oceanfront retail complex: craft cocktail bars, fresh fish restaurants and a daily schedule of live music performances will likely have you staying here longer than planned. If you’re looking to buy something unique, be sure to check out the art and women’s fashion boutiques like Effusion Gallery and Revival. After, quench your thirst with a German ale at the Bavaria Haus Beer Hall. For retail-based inspiration elsewhere in the city, check out our complete guide to shopping in Miami. 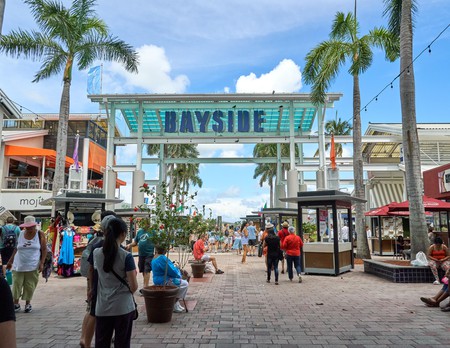 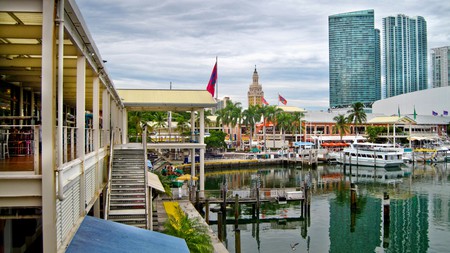 Amid the high rises and gridlocked roads, Downtown can often feel miles away from nature. But, head out to Virginia Key – a mangrove-lined, crystal-clear bay teeming with wildlife – and you’ll find an eco-adventure paradise. The best way to explore this 863-acre barrier island is to get out on the water, either with a paddleboard or kayak. You can hire these from the Virginia Key Outdoor Center, which also offers guided paddleboard yoga classes, full-moon kayak adventures, fishing trips and manatee safaris. If you’re here November to mid-April, go for a nighttime paddle to see an underwater firework display put on by the resident bioluminescent plankton. 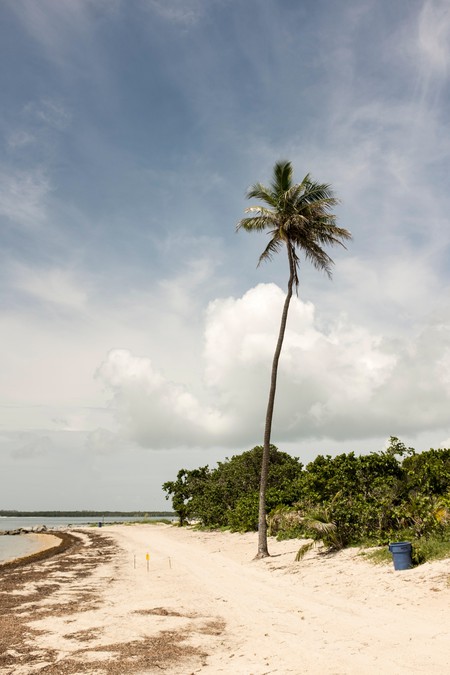 Windsurf past the city

Windier, wilder and smaller than most other Miami beaches, Hobie Beach doesn’t attract the usual sun-seeker crowd. Instead, this is where the city’s windsurfing veterans come to practice their sliders and double loops to a crowd of dog-walking locals. But it’s not just a space for pros: a much-loved windsurfing shop has been offering beginner classes here for over 20 years. Hobie also happens to be the most dog-friendly beach in Miami, so you’ll see plenty of pups playing in the shallow waters here. Even if you’re not into windsurfing, this quiet stretch of sand makes for a pleasant spot to stroll, read a book or catch the sunset. If surfing’s your deal, check out the rest of the great surf spots in South Florida. 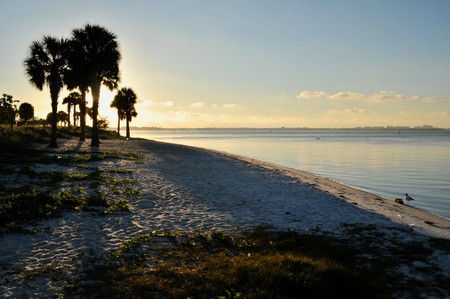 Learn to fly at Bayfront Park

When you think of a park, a scattering of trees, a grassy patch dotted with benches and maybe some swings come to mind. But, when Downtown Miami built its first multi-purpose park overlooking the turquoise waters of Biscayne Bay, they had an entirely new vision in mind. Far from your typical urban green space, Bayfront Park is a 32-acre oasis that boasts rock gardens, waterfalls, marble play areas, 40-foot art sculptures, a sandy beach and two music venues. But that’s not even the best part: Bayfront also has a daily schedule of outdoor activities including yoga, pilates and – for the more adventurous – flying trapeze classes. Safely attached to a harness, you’ll get to swing, fly and somersault through the air, finishing off with the grand finale: swinging off the trapeze upside down into the outstretched arms of your instructor. 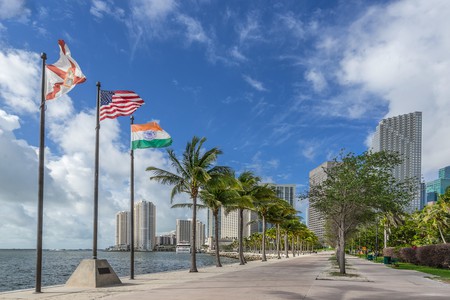 You won’t be in Downtown long before spotting the 3,400-square-foot American Airlines Arena. A 19,600-seat events space overlooking Biscayne Bay, this oceanfront basketball arena is the home court to three-time NBA winners, the Miami Heat. Watching Heat stars perform turn-around jump shots, chase-down blocks and one-legged fadeaways to a roaring home crowd during NBA season (October – April) is an experience likely to get your blood pumping – basketball fan or not. When the Miami Heat aren’t in town, the American Airlines Arena plays host to over 80 music and other sporting events, including the WWE Smackdown. Big artist names on the line-up this year include Jennifer Lopez, Ariana Grande and Celine Dion. You can book your tickets here. 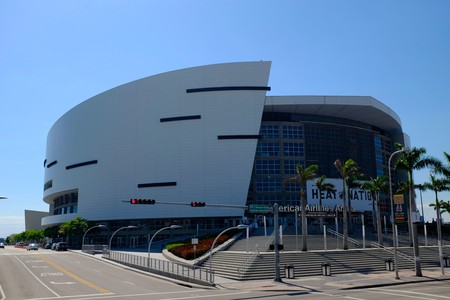 Practice your salsa moves at the InterContinental Miami

In a neighborhood that celebrates the ultra-modern, it’s not always easy to find architecture that dates back to the 1920s in Downtown. The historic Olympia Theatre – a Moorish building that once served as Florida’s earliest silent movie palace – was facing permanent closure. But, in 2010, an impressive effort was made to restore the crumbling 1926 building to its former glory. Though the outside is unassuming, inside you’ll find an opera house-style grandeur and elegance: velvet-red seating, gold walls carved in green and pink embellishment and a midnight-blue ceiling twinkling with 246 stars. Check their events schedule for daily music, comedy, ballet and film festivals here.