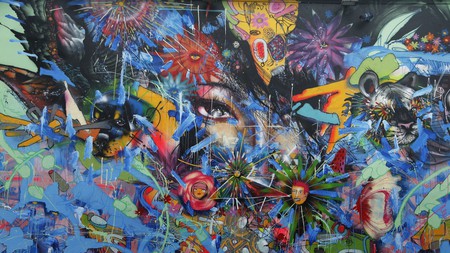 Tourists come in droves for the technicolor murals and bustling businesses that comprise Miami’s Wynwood neighborhood. But it wasn’t always the booming cultural hub that it is today.

Home to landmark restaurants and bars, boutiques, exhibition spaces and, of course, the eponymous open-air street-art museum known as the Wynwood Walls, Wynwood is one of Miami’s hottest destinations.

Wynwood boasts some of the city’s heaviest foot traffic, with approximately 410,000 visitors reported in March 2019. So, it’s hard to envisage a time when this vibrant arts community was a seedy inner-city district with high crime rates and no tourism intrigue. From blue-collar quarter to hipster haven, Wynwood has gone through many stages.

The neighborhood’s origins date back to 1917 when Miami residents Josiah Chaille and Hugh Anderson purchased an agricultural estate that would become known as “Wynwood.” Its founding fathers were paramount to the logistical cultivation of the region. Chaille, who was a member of the Miami City Council, implemented an urban plan that’s still in use throughout the city. Anderson was integral to the development of the waterfront Miami Shores village as well as the Venetian Islands, an artificial island chain in Biscayne Bay.

However, working-class families constitute the majority of Wynwood’s history. In the 1920s, a nascent Wynwood attracted a population of factory laborers for its proximity to the burgeoning Garment District (now the Fashion District). In addition to the clothing manufacturers and retailers in the area, Coca-Cola opened a local factory in 1926, and from 1928 onwards, the American Bakeries Company occupied a Wynwood block. While the latter vacated in 1981, the building would eventually serve as the early epicenter of the Wynwood Art District. 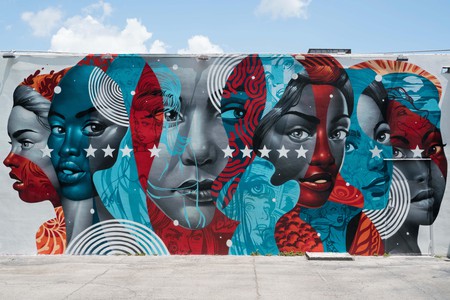 Despite the many factory employment opportunities in early Wynwood, the majority of its first-wave residents traded cramped city living for the novelty of suburban life following World War II. During this transition, Wynwood underwent its first major cultural shift.

Mid-century Wynwood was characterized by a notable influx of Puerto Rican immigrants, by which it earned the nickname ‘Little San Juan.’ Puerto Rican restaurants lined the streets, and churches, schools, hospitals and parks bore the names of Puerto Rican activists, politicians and intellectuals. Over the next decade, Wynwood would diversify and integrate Dominican, Haitian, Colombian and Cuban inhabitants.

According to Miami History, “By the late 1970s, the Wynwood neighborhood was considered lower middle class. Unemployment was [at] 55 percent, and drug trafficking was rampant. Wynwood was considered a ‘springboard community’ for new immigrants. [Their goal] was to improve their economic standing so they [could] leave the neighborhood as quickly as possible.” 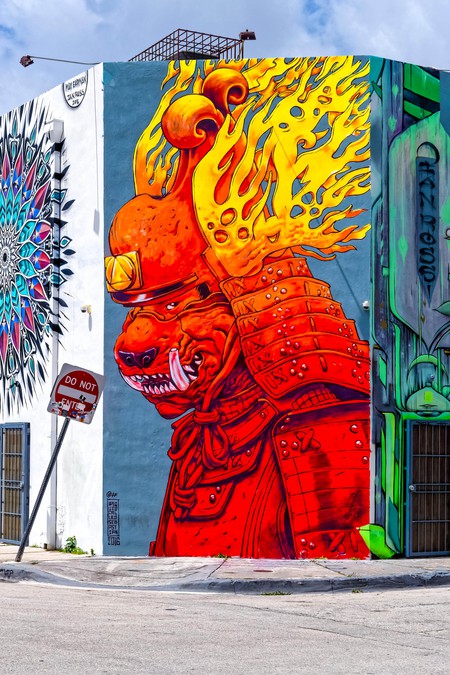 From economic turmoil to artistic flourish

Wynwood’s initial turning point occurred in the mid-’80s when some artists from the South Florida Art Center took up residence in the vacant American Bakeries Building. This small coalition built the largest artist space in the state, which is still known as the Bakehouse Art Complex – today comprising some 50 studio spaces for 100 local artists working across various media. The presence of the Bakehouse subsequently attracted a community of artists and gallerists, who collaboratively breathed new life into an ailing neighborhood weighed down by poverty and crime. 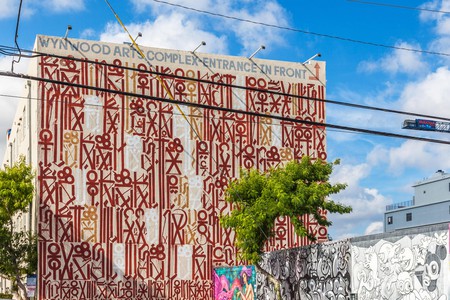 “In the aesthetic hierarchy of Miami, which boasts an iconic waterfront skyline, synthetically sculptured women and crystalline beaches, Wynwood is as appealing as a dollar store,” wrote The New York Times. “But, as the axiom goes, its location (and price) were irresistible.”

The founders of the Rubell Family Collection, Rocket Projects and Locust Projects, to name but a few pioneering exhibition spaces, indeed saw potential in the neighborhood’s edgy grit. Wynwood was the perfect place for emerging artists, showrooms and developers, who were tempted by Wynwood’s strategic placement near Downtown and Miami Beach. In 2002, the international Swiss art fair Art Basel held its inaugural Miami Beach-based event, beckoning wealthy collectors from around the US, South America and Europe – along with curious and creative types – to the area. The following year, the Wynwood Art District Association, a collective of artists, gallerists, studios and exhibition spaces, was established. 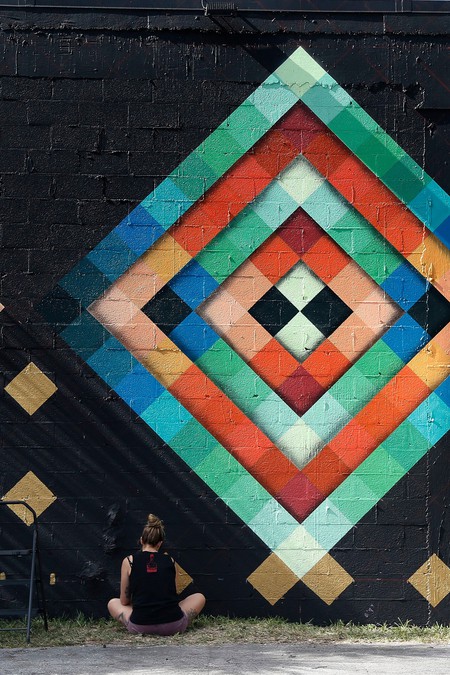 However, it was the arrival of Wynwood’s best-known figure, Tony Goldman, that thoroughly transformed the neighborhood into a prospering haven for artists, gallerists and business owners. Goldman was a real estate developer with a keen eye for revival projects, and in the mid-2000s, he purchased 25 derelict Wynwood warehouses for what would become the Wynwood Walls.

“[Goldman] was looking for something big to transform the warehouse district of Wynwood, and he arrived at a simple idea,” explains the Wynwood Walls website. “‘Wynwood’s large stock of warehouse buildings, all with no windows, would be my giant canvases to bring to them the greatest street art ever seen in one place.’ Starting with the 25th-26th Street complex of six separate buildings, his goal was to create a center where people could gravitate to and explore, and to develop the area’s pedestrian potential.” 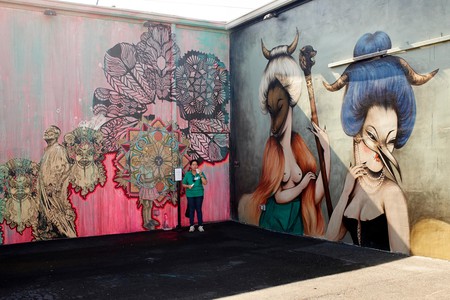 The Wynwood Walls is an internationally renowned urban graffiti museum populated with tens of thousands of feet of colorful murals by some of the world’s most legendary street artists, including Kenny Scharf and Shepard Fairey. The Walls opened in late 2009 to coincide with Art Basel Miami Beach.

So, make your way to Wynwood and take a gander at the imposing Wynwood Walls. Alternatively, join one of Wynwood’s famous Second Saturday Art Walks, grab a bite at a local eatery, and peruse the neighborhood’s thriving galleries and independent shops. 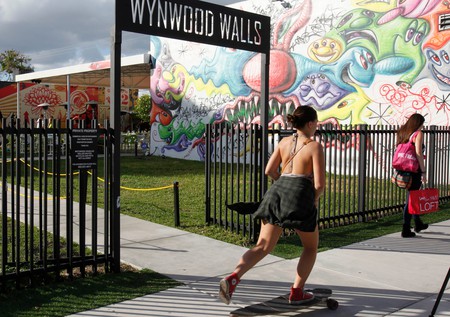