Versailles: The Most Famous Cuban Restaurant in Little Havana 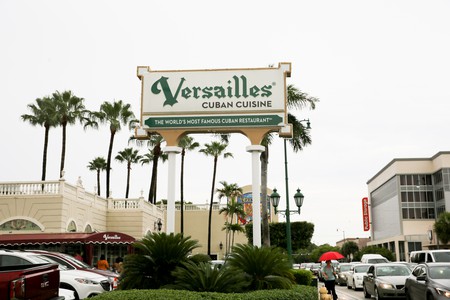 Miami’s Cuban community satiates its hunger for home at Versailles, a traditional restaurant and bakery in Little Havana. Situated in the city with America’s largest Cuban population, Versailles has become known as a modern town square for the Cuban community of Miami since it opened almost 50 years ago.

It’s early afternoon at Versailles restaurant in Little Havana, and Miami’s most famous ventanita – a walk-up window serving Cuban coffee and pastries – is doing a swift trade. At a nearby table a woman named Alicia Ortiz is feeding her young grandson Max his very first croqueta: a fried roll of veggies, cheese and meat covered in breadcrumbs, and perfectly proportioned to fit inside his tiny fist. This is a rite of passage for Max; baby’s first taste of the homeland.

“We want to instil, in our family and our kids, our roots, and Versailles is the place to do it,” Ortiz says. “If I want to get that feeling, that warmth, to feel my country, this is where I come.”

When presidential candidates or local TV networks want to gauge the Cuban take on a hot button issue, they visit the Versailles’ ventanita to trade little servings of café cubano for frank conversation. Since 1971, this family-owned restaurant has served as a gathering place where locals and visitors alike can feast on nostalgic dishes (Alicia Ortiz describes the food as “grandma cooking”), share an incredibly strong, teeth-achingly sweet coffee, and discuss life.

“A large group of our customers are people who have been coming to Versailles every day since it opened. This is like their social club,” says Nicole Valls, the third-generation owner of Versailles, whose grandfather founded the restaurant. “There’s a table that we call The Teenagers – they’ve been coming since they were teenagers and now they’re middle aged men and they still come and sit at the same table for lunch every day. Something about Versailles makes them feel at home.” 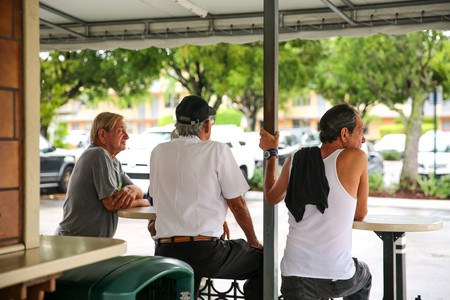 In so many ways, this establishment now represents a generational community that laid roots in Miami. Fifteen years after the Cuban revolution, nearly half a million people packed their possessions and fled to the US. Aided by the federal government, they settled in Miami and founded Little Havana – a Spanish-speaking neighborhood of cigar shops, Cuban restaurants, salsa bars and outdoor domino tables arranged around the main drag known as Calle Ocho. This diaspora community – most of them successful business people and entrepreneurs – recreated cultural traditions from Cuba, many of which revolve around food.

“We never really had some big corporate chef that came up with these recipes. It’s family recipes and recipes of employees from when we first opened in 1971,” explains Valls. “And they haven’t changed much since we opened 48 years ago. They’re very classic Cuban – no fusion, no messing around with any new stuff.” 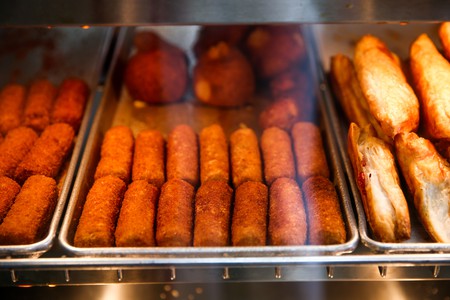 Citrus drenched ceviche, black bean stews, plantains stuffed with creole shrimp, guava-and-cream-cheese–filled pastelitos (puffed-pastries) and crisp croquetas are among menu favorites. These nostalgic specialities keep Versailles packed from the 8am breakfast rush until close at 1am (2.30am on the weekends), when the post-party crowds come looking to line their stomachs with a Cuban sandwich.

Versailles’s dishes also represent the best example of traditional Cuban cuisine anywhere in the world. Despite Cuba’s recent organic farming revolution, certain ingredients are more difficult to come by since the collapse of the Soviet Union (Cuba’s primary trade partner at the time). But at Little Havana’s restaurants the Cuban exiles are able to recreate and preserve their favorite dishes. 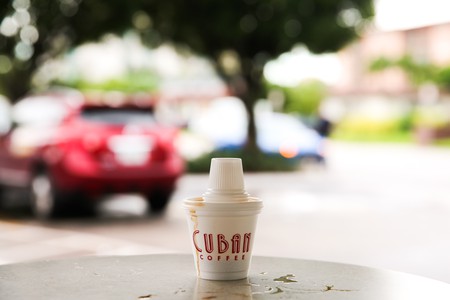 “They say the best Cuban food is actually in Miami,” says Grace Della, founder of Miami Culinary Tours. “The elderly folks who have the memory of how that food tasted back then say that the flavors and pastries at Versailles resemble the glory days of Cuba. They can taste the best years back on the island.”

But, for a place that evokes Cuban culture so strongly, the name Versailles seems like an odd choice. When setting up the restaurant in the early ’70s, founder Felipe Valls Sr hired an interior designer to decorate the cavernous space. His aesthetic vision of giant etched mirrors and grand statuettes reminded Valls Sr of the opulent Hall of Mirrors at the Palace of Versailles. 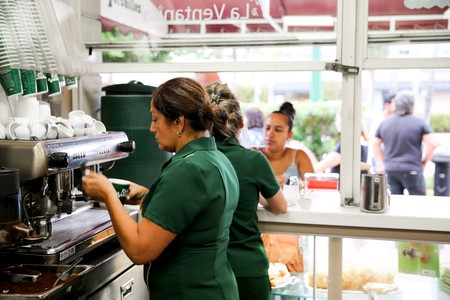 The Versailles empire now consists of the restaurant in Little Havana with its attached Cuban bakery, a café at the Miami international airport and another coffee counter at the Hard Rock Stadium – home of the Miami Dolphins. The Valls family dream, though, is to have a restaurant back in Havana proper.

“For me it’s an honor to be able to continue this legacy, because Versailles has become the hub of the Cuban community in Miami,” says Nicole Valls. “Hopefully one day we’ll be able to open up a Versailles in a free Cuba. But you know, just continuing on our recipes, our traditions, our food, our coffee – for the city and for the community – is satisfying enough.”