Whether you’re visiting Orlando as a tourist or you’ve lived in “The City Beautiful” you’re entire life, having a few unusual date ideas up your sleeve is always a good thing. You’ll never have to settle for a boring night out again with these unconventional ideas; bonus points for combining a few to make it a full day of out-of-the-ordinary romance.

Proud new parents of a 6 pound 8 ounce bundle of berries!

Pick your own strawberries

For an unusual daytime date, harvest some natural sweets with your sweetie at one of Orlando’s several “u-pick” farms, such as Brook Hollow Farms, Southern Hill Farms and Pappy’s Patch. Each farm offers something a little different, so consider stopping at a couple to make sure you two go home with delicious strawberries, blueberries, peaches and more.

Tapas & Tango tonight at Arthur Murray Dance Studio was such a blast. I was blown away by how fun and easy it was to learn the steps. We will be back for sure!!

Certain areas of Orlando, Florida, exhibit a distinctly Spanish flair, so take that inspiration to heart and make a night of it by taking in some tapas and tango lessons with your favorite partner. You can reserve spots at the next Tapas & Tango night at Arthur Murray Dance Studio with some friends to make it a group date.

Beat the Florida heat by taking your date ice-skating at the RDV Sportsplex Ice Den, an Olympic-size ice-skating rink kept chilly enough to serve hot chocolate all year long. A DJ plays music on Friday and Saturday evenings, making for a fun night unlike anywhere else in Orlando.

If you love wine tastings but are looking for something a little different, check out The Wine Room at Winter Park. With more than 150 types of wine available to sample at the touch of a button, The Wine Room lets you and your date peruse the intimate eaterie and its wines at your leisure.

Go to an alternative cinema

If going to a movie is one of your go-to date ideas, consider attending the small, alternative cinema called the Enzian Theater. It shows classic, independent and foreign films in an eclectic space that serves food and drinks, and you can end the night enjoying cocktails at Enzian’s Eden Bar.

For a date night filled with laughs, go to a comedy show at one of Orlando’s many improv and comedy clubs, such as Bonkerz Comedy Club and SAK Comedy Lab. 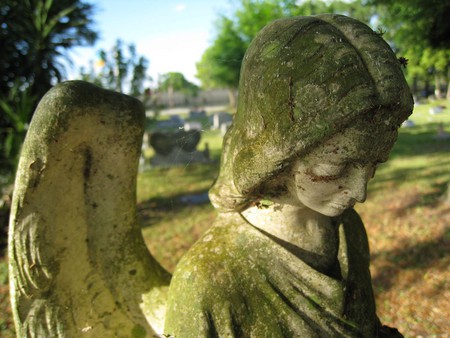 Tour a graveyard at night

For a really different date night, take a Moonlight Walking Tour at the historic Greenwood Cemetery in downtown Orlando. A sexton will guide you on a four-mile stroll through the 100-acre graveyard to visit nearly 100 burial sites of notable residents and point out beautiful sights on the grounds. The tours are free, but make a reservation quickly as spots on these small night-time tours fill up quick.

For a unique visual experience, take that special someone to the Emil Buehler Perpetual Trust Planetarium at Seminole State College, which shows interactive shows on the domed overhead screen on a weekly basis. When it’s not showing how stars are born and beautiful images of the universe, the screen lights up with fabulous laser shows set to music. 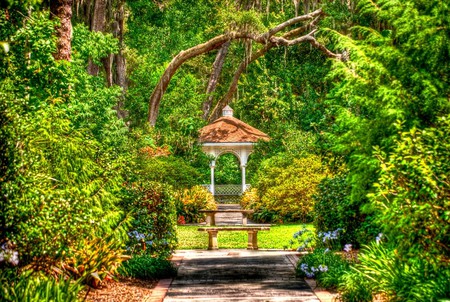 A day and night at Leu Gardens

On the first Friday of most months, visit the the beautiful, 50-acre Harry P. Leu Gardens during the day and stay for a free outdoor movie showing that night. Where else can you snuggle under the stars amid lovely gardens and watch a great movie? 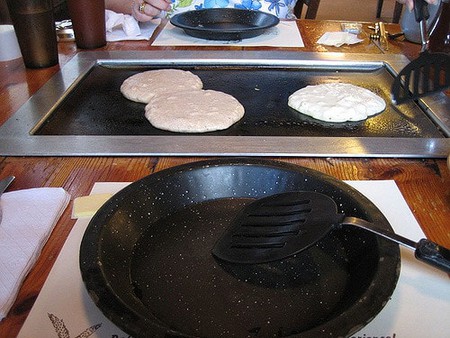 Make your own pancakes at a restaurant

The Old Spanish Sugar Mill Grill puts a twist on the classic “going out to breakfast” date. Since 1961, guests have been making their own pancakes just how they like them on griddles that grace the center of every table. Servers provide home-made pancake batter and toppings as well as other breakfast items from the kitchen, but you and your date will flip flap-jacks yourself. Afterwards you can enjoy the clear waters of De Leon Springs, which the restaurant overlooks. 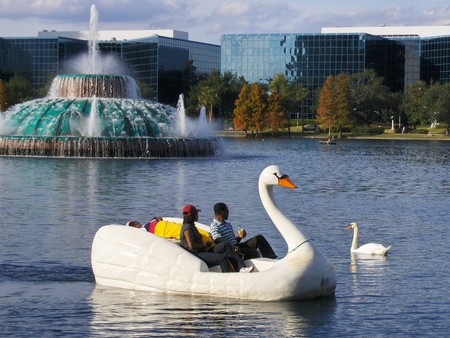 Ride a swan on Lake Eola

Treat that special someone to a view of Orlando from the waters of Lake Eola by taking him or her out an iconic “swan” paddleboat ride. It’s a relaxing way to get close to the lake’s real resident swans and enjoy some fresh air. 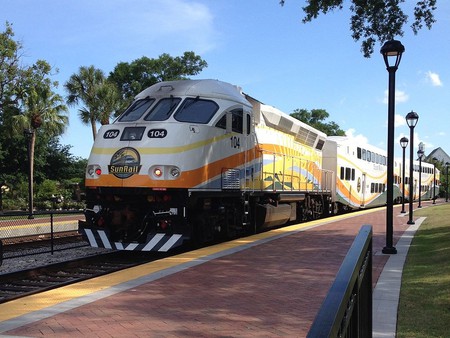 Ride the SunRail for a day

Take a day to explore Orlando together riding the SunRail. You’ll be able to see everything from Winter Park to Church Street Station together. 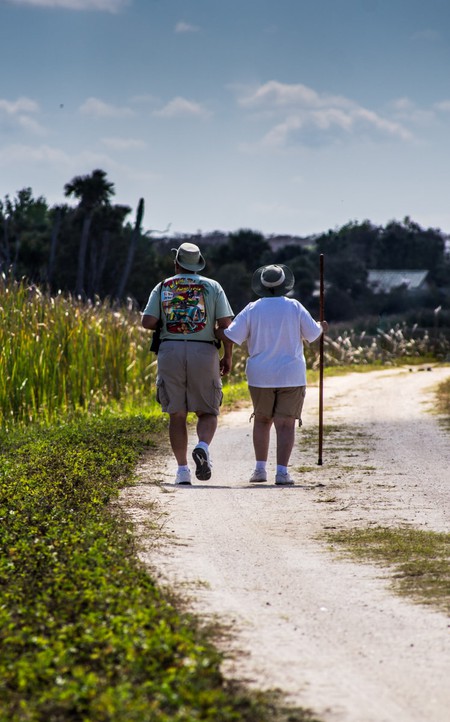 Hike your hearts out

Spend the day exploring some of the award-winning hiking trails, such as the Seminole-Wekiva Trail or the Bear Creek Nature Trail, that Orlando has to offer. Pack a picnic to make it even more romantic.

Check out an oddities shop

If you’re looking for a really unusual date idea to try in Orlando, Florida, stop by local oddities shops such as Carmine’s Oddities Boutique and Ripley’s Believe it or Not! You’re bound to find interesting things to talk about for the rest of the day.

“See Art” around the city

You and a loved one can take the See Art Orlando self-guided walking tour to see eight large, permanent contemporary art sculptures inspired by “The City Beautiful.” It’s a fun, intimate way to see a part of the city that’s often overlooked.