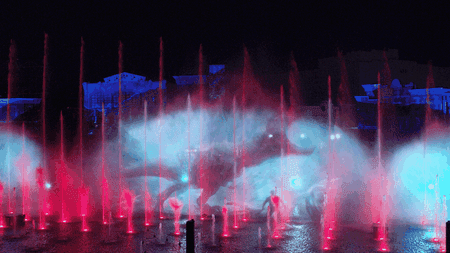 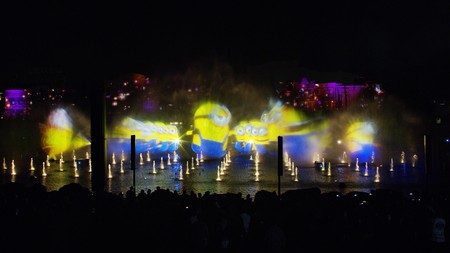 The evening lagoon show, a new addition at Universal Orlando in Florida has been wowing audiences since it was opened last month. Another example of the growing trend for cinema under the stars, film fans will be able to pick out some of their favourite characters and scenes from Universal’s impressive back catalogue.

Love them or hate them, the Minions were always going to be present. The little (or not so little, in this case) yellow creatures made their debut in supporting roles in animated hit Despicable Me (2010), but have gone on to become recognisable icons the world over. 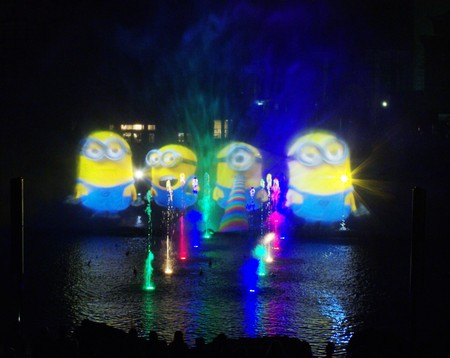 The visual extravaganza is created with a combination of more than 120 “dancing” fountains, lasers, projection mapping and water screens. The lagoon and surrounding buildings are incorporated into the show, and the effect is heightened by the darkness in the rest of the area. There is a new purpose-built viewing area so guests can get the best seats in the house to catch their favorite movie scene and characters.

There are two types of show available on selected nights at the theme park. For those with a general interest, we’d pick out Universal Orlando’s Cinematic Celebration at Universal Studios Florida, which is where you’ll find scenes from Jurassic Park (1993) as well as the Fast & Furious series. Elsewhere, The Nighttime Lights at Hogwarts Castle in Universal’s Islands of Adventure is a must for Harry Potter fans. 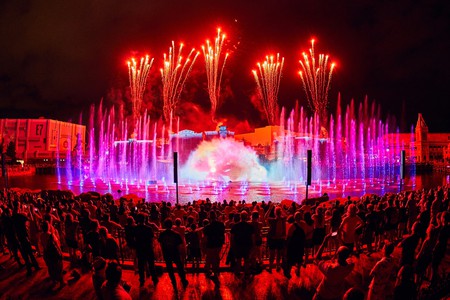 There are currently a number of evening cinema experiences taking place, and with the favorable weather conditions as they are at the moment it seems like these nighttime events are set to continue long into the summer. Rooftops, parks, castles and even swimming pools have recently hosted blockbuster movie screenings, but we doubt many can match the sheer scale of this event.

Another classic film that the studio will be showcasing is the early Steven Spielberg hit E.T. the Extra-Terrestrial (1982). The director has a long-standing relationship with the studio, so expect to see more of his movies featured in the future. 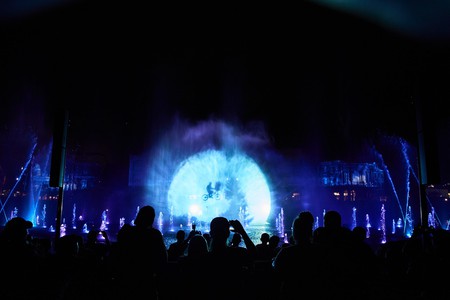 The new light shows will be followed by the theme park’s upcoming halloween celebrations, which will this year feature an all-new Stranger Things installation.

For dates and times for the Cinematic Celebration shows, check out the Universal Orlando Resort website. 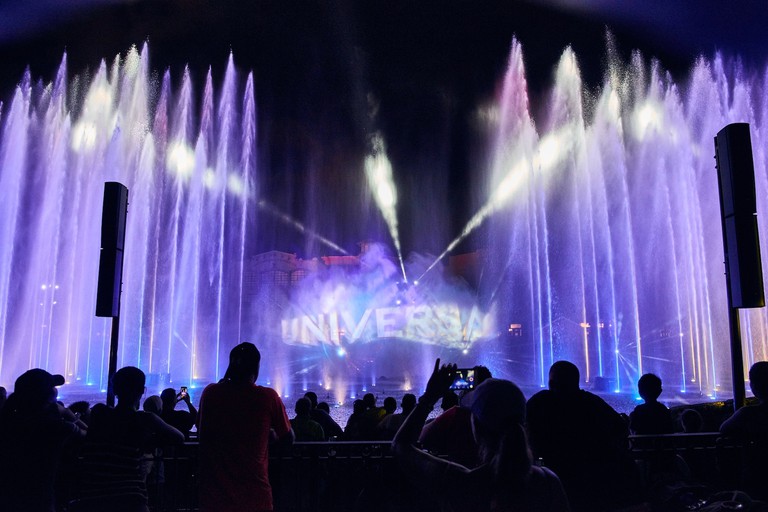 Universal Cinematic Celebration | © Universal Orlando Resorts
If you’re not into the Disney characters, Universal Orlando™ is a great place to visit. The classic park features rides like the Hollywood Rip Ride Rockit and the E.T. Adventure. You can even meet some new favorite characters – like Despicable Me‘s minions.
Give us feedback