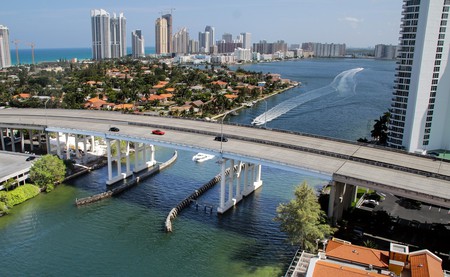 Living up to its “Magic City” nickname, Miami is a city that’s constantly growing. With a population of over two million and an area encompassing the most beautiful part of the South Florida coast, it’s no secret that the 3-0-5 is both an ultimate holiday destination and a tropical oasis to live in. Read our guide to shop for your piece of paradise.

The iconic Miami Beach has its share of film cameos and celebrity residents, and it’s no mystery as to why. Replete with glittering white sand, turquoise waters and a buzzing nightlife, the beach is where every foreigner wants to live after listening to one of those cheeky rap songs by any hip-hop artists drenched in bling. It’s like Will Smith says in his “Welcome to Miami” – there’s the heat, the parties, and sweet faces from every different nation. Logically, living here doesn’t come cheap. Though not the most expensive area in Miami, a one-bedroom apartment in the beach won’t budge below $1,500, and that’s not directly on the sand here. The plus side is you may not need a car if you live and work on the beach. Uber rides are extremely affordable in Miami, and there’s always the bus which is more reliable near touristy areas than in the rest of the city. Supermarkets, pharmacies and restaurants are relatively spread out throughout the beach, so you won’t have to walk too far for necessary items. 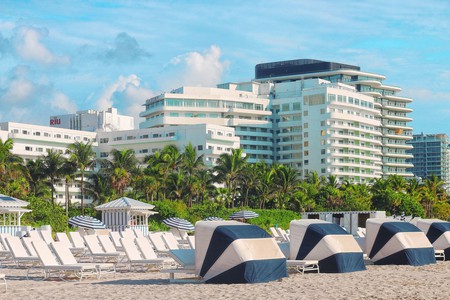 Covering parts of Downtown and Wynwood, Edgewater is an up-and-coming neighborhood with apartments, and studios of varied price points and building types. The area is scattered with charming 1920s buildings (some restored, some falling apart), luxurious high rises, and even small houses with close access to the water and Biscayne Boulevard. It’s a good area for its proximity to fitness centers, parks, museums and an endless choice of affordable (and delicious) restaurants. If you’re an art enthusiast (or hipster coffee shop enthusiast), try renting in the graffiti-clad warehouses in Wynwood where shops and galleries host artsy events on the daily, and new bars are constantly popping up. 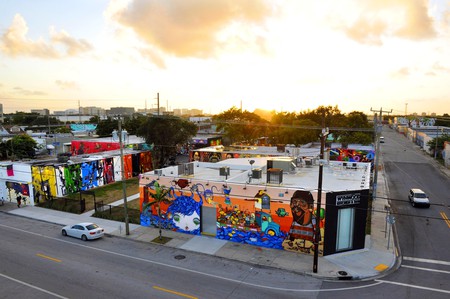 In a city where 75% of residents commute to work by car, traveling without a vehicle is physically impossible unless you live and work in Brickell. The trendiest area to live, work and play, the business district is also blessed with a sound public transportation system. You can take the Metrorail or Metromover (it’s free!) that meanders throughout Brickell and Downtown and saves you time from the traffic jams on the streets. (Another option is to take the bus or trolley which navigates through most of Miami.) The Brickell skyline is made up of highrises – and those that aren’t are pretty much on the list to being demolished and built into a high rise. Luxury condos here offer snazzy waterfront views of Biscayne Bay and Downtown, and are walking distance from shopping malls like the Brickell City Center, or nightlife spots like Mary Brickell Village teeming with hot bars and lounges where business professionals unwind after a long day at the office. The area is glittering clean, dotted with palm trees and good-looking residents jogging or walking their poodles during the day. Depending on where you stay, or how good your view is, it’s about $3,000 for a two-bedroom, but that’s very cheap. If you want to live in a place that needs no introduction, rent an apartment on Brickell Key – the tiny island connected to Brickell via bridge boasts spectacular views of the city and the sunset, access to a park as well as extra privacy. (Plus it’s got an elegant ring to it.) 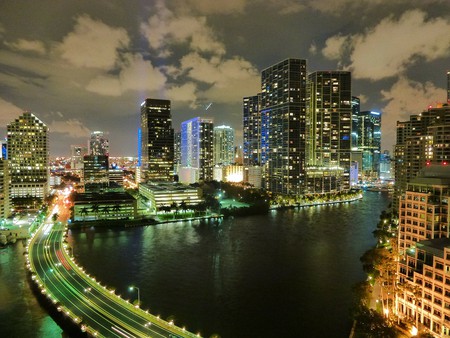 Just next to Brickell, Downtown has the same convenient access to public transportation, but the streets vary from glamorous skyscrapers with waterfront views to old and dingy buildings. While a few historic buildings like the Ingraham Building are being renovated, many are seemingly abandoned which is a shame since the area could be a potentially mini version of New York City. It’s walkable, clad with quaint buildings from the 1920s-40s, and perched in the center of the city. If you’re opting for luxury over character however, there’s a rain of illustrious modern high rises lining Biscayne Boulevard with jaw-dropping views of the skyline, the bay and even the beach. The added perk is you have front row seats of the concerts in Bayfront Park during the annual Ultra Music Festival – you can hear the EDM music pulsating from your balcony and save yourself the price of a ticket! 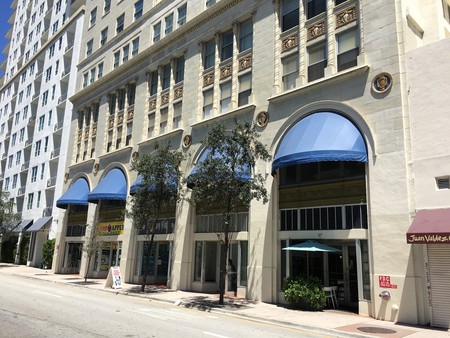 If you own a car, venturing to the suburbs is not a bad idea. You can easily find an efficiency in a private house in Kendall for about $500 a month, or rent a studio in the charming Spanish colonial houses in Coral Gables for about $800. It’s not the center of the city, but the suburbs offer those on the budget a plethora of living options in a quiet, residential environment. South Miami has access to the Metrorail so you may get lucky and not need a car. Kendall is mostly residential, but you can gain access to the expressways, and gain access to the Metrorail via Dadeland station. However, the suburbs are far from being “cheap”. These residential areas are also home to multi-million dollar mansions, gorgeous parks, private universities and a generous amount of high-end restaurants. Part of the allure of Miami is you have access to the beaches, parks, cultural centers and nightlife all in one city. Keep in mind that the best time to rent is during the months of September to January while summertime is slow since locals are off spending their holidays elsewhere – you’ll eventually need a vacation from this vacation. 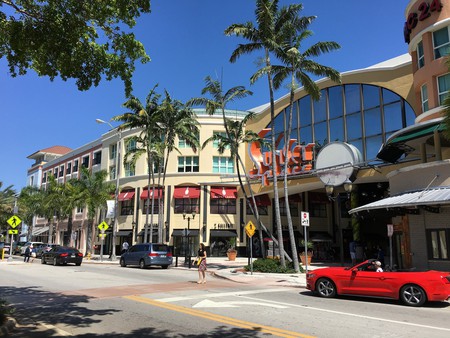