Turn Back in Time in Tampa Theatre 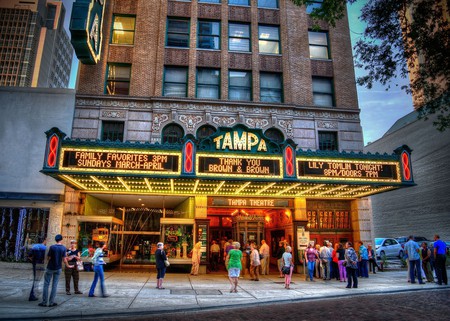 Designed in the 1920s by famed architect John Eberson, Tampa Theatre is an atmospheric time capsule of America’s great movie palace era. Today, the theatre offers visitors the chance to explore the rich history and unique decor of a bygone age.

Ornate sculptures, elaborate ceiling panels and magnificent portraits—these are some of the first things that catch your attention as you enter the doors of the iconic Tampa Theatre, alerting you to the fact that this is no ordinary cinema. Standing tall in the city’s bustling and eventful downtown for over 90 years, Tampa Theatre allows film-lovers today to experience the magic and wonder of America’s golden age of cinema. 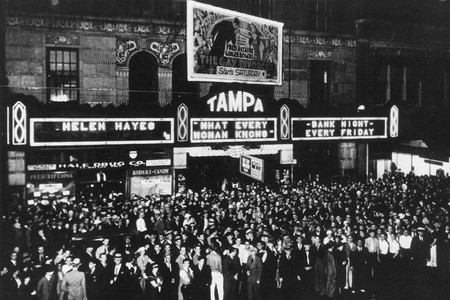 Fuelled by the enormous amounts of money being made by the film industry at the beginning of the 20th century, cinemas were fast transforming from humble tents to monumental movie palaces. John Eberson was the pioneer of the atmospheric style of design, which was intended to transport the audience to a luxurious, European-inspired setting. Exotic courtyards, stately lighting and a ceiling that depicted a moonlit sky filled with twinkling stars were just some of the key elements to his design. Eberson designed close to 100 theatres across the United States and, although few survive today, Tampa Theatre is a prime example of one of his most elaborate works. 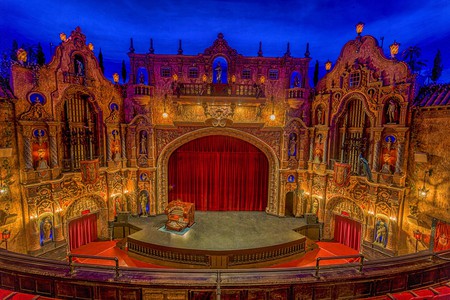 The theatre still features many of the original furnishings and fixtures such as glass lamps, embellished domes and grimacing gargoyles. Designed to captivate a 1920s audience, it now offers modern visitors a glimpse back to a time when cinemas were as grandiose as opera houses. 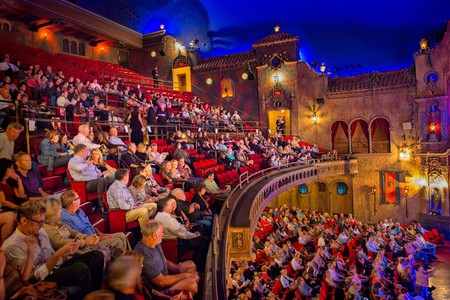 However, the future was not always so certain for Tampa Theatre. By the early 1970s, the advent of the television and rapid development of the suburbs meant that theatres saw a decline in their audience numbers. Like so many of Eberson’s other movie palaces, Tampa Theatre was on the verge of demolition.

Thankfully, timely action by Tampa’s citizens and ample support from the City Council resulted in the theatre being saved—they banded together and bought the building for a token amount of $1. The building reopened in January 1977 and was listed on the National Register of Historic Places in 1978. It is now managed by non-profit organisation The Tampa Theatre Foundation.

Before every show at the Tampa Theatre, as audiences settle down and the lights dim, the Mighty Wurlitzer Theatre Organ stirs into life. This imposing 14-rank instrument has been a mainstay of the cinema since its opening in 1926, and was mainly used to accompany silent films. Though temporarily relocated to a radio station and, later, a church, the organ was bought back by The Central Florida Theatre Organ Society (CFTOS) in 1980s. Now returned to it’s rightful place, the organ is carefully maintained and operated on a voluntary basis by the members of the CFTOS. 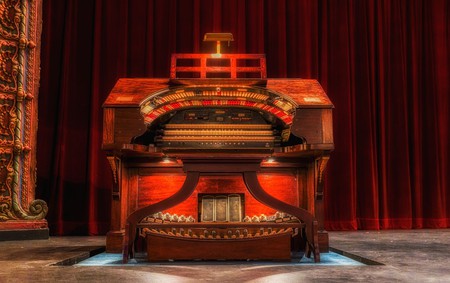 Restoration and maintenance is an ongoing activity at Tampa Theatre, with the priority being to keep the historic aesthetic intact while operating a functional theatre for current Tampa residents to enjoy. In addition, visitors are invited to explore the unique legacy of the theatre by taking the “Balcony to Backstage” tour. This awe-inspiring tour unravels the interesting stories behind this beautiful relic and the history behind one of Tampa’s most popular and thriving art venues.

With over 600 events and 150,000 guests every year, there is no indication that the curtain will fall on Tampa Theatre anytime soon.