Here Are All of Miami’s Most Unusual Attractions 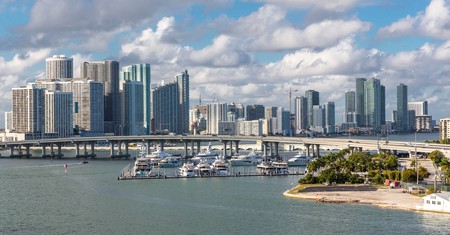 From avocado wine tasting to exploring underwater cities, Miami is full of the unexpected.

Famed for its white-sand beaches, neon-lit nightclubs and world-class contemporary art galleries, Miami is the ultimate destination for basking in year-round sunlight, partying to anything from techno to Cuban salsa and rubbing shoulders with A-listers at top art exhibitions and Michelin-star restaurants.

In many ways, it’s the city’s familiarity – perfectly sculpted Miamians working out al fresco, drag queens performing Beyoncé hits over brunch and the convoy of Lamborghinis cruising up and down South Beach – that attracts thousands of visitors each year. Though it’s the city’s well-known quirks that have helped it become Florida’s hottest destination, the unexpected, hidden and unusual attractions reveal a whole new side to Miami – one where creativity, cultural diversity and rich history come to life.

At the southernmost winery in America, Schnebly Redland’s, you won’t find any sauvignon or merlot hanging around. Instead, you can treat your senses to a tropical selection of artisanal wines handcrafted from lychee, mango, passionfruit, coconut and, for the first time in wine history, avocado. Tucked away in a lush oasis filled with palm trees and trickling fountains, the winery offers daily tours around its stunning property, where you’ll learn about its fascinating wine-making process for just $8. You can also get a taste of five of its unusual offerings for $12.95. If you’re feeling hungry, there’s also a great restaurant on-site serving a big selection of tropical flavors to match its bold wines.

Recognized as one of the oldest buildings in the Western Hemisphere, the St Bernard de Clairvaux Episcopal Church – first constructed in 1141 in Segovia, Spain – is a must-visit for art, history and architecture buffs. The story goes that William Randolph Hearst, the late American newspaper publisher, businessman and politician, bought the delipidated monastery in Spain in 1925 (which, at the time, was being used as a granary) and shipped it to the US in 11,000 crates in order for it to be restored to its former glory. Today, the monastery serves as a parish for the Episcopal Diocese of South Florida and is open to the public for an entrance fee of $10 for adults and $5 for students and seniors.

A little tip: The monastery is often used for weddings and other events, so be sure to call ahead before making the trip, especially at weekends. 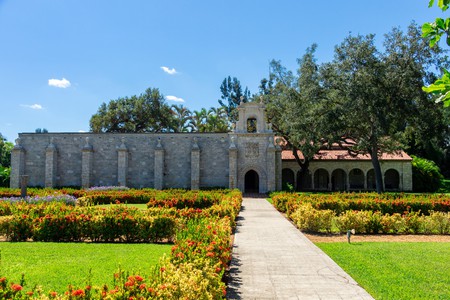 Bet on the fastest game on earth

Originating from the Basque Country, jai alai – a game consisting of hurling a solid leather ball at a wall at over 150 miles per hour (241 kilometers per hour) – is listed in the Guinness World Records as the fastest ball game on earth. The highly dangerous sport (it claimed the life of hero player Orbea when the ball hit him in the head) came over to the US via Cuba and Mexico in the 1920s, where it soon became the next big thing in the world of sports betting. However, since the 1980s, the game’s popularity has been plummeting, meaning most Americans haven’t even heard about jai alai before, let alone seen a game. Though it’s no longer the rowdy event it once was, watching the fastest game on earth at The Casino @ Dania Beach definitely comes with its thrills. Grab a beer, feast on a ketchup-loaded hot dog and keep your fingers crossed that the guy you bet on has the fastest serve! 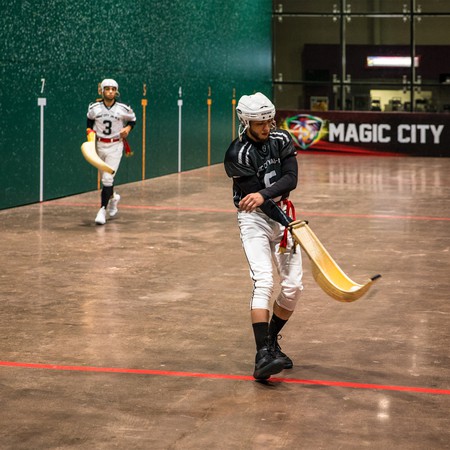 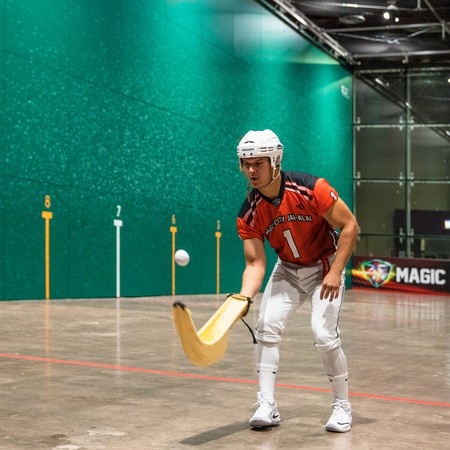 Dive to an underwater city built for the dead

Based on the Lost City of Atlantis, Neptune Memorial Reef – an underwater labyrinth of stone roads, carved lions and enormous Roman columns – is a 16-acre (six-hectare) cemetery that sits 40 feet (12 meters) below the surface of the sea. The memorial serves as both an artificial reef and a final resting place for famous divers, and underwater aficionados come here to pay their respects to their greatest diving heroes (whose cremated remains are cast into concrete memorials). They are also able to explore a great variety of marine life that now call this underwater metropolis home. Any experienced diver can visit the site for free, but you’ll need a boat and gear to get here. The memorial recommends you use these dive operators. 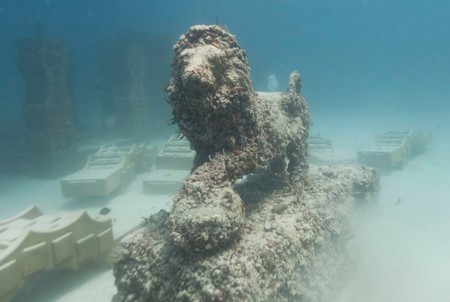 Get hit with an oak-leaf broom at the Russian baths

Ever been hit with a broom of scented leaves by a Russian masseuse? At Miami Beach’s Russian & Turkish Baths, you can visit a traditional Russian banya, a hot steam room where you’ll have someone hit you with a bunch of fragrant oak leaves as you sweat out all of your body’s toxins. Its “fresh forest-like smell” is supposed to relieve stress and has been used in Russian baths and spas to open pores, rejuvenate the skin and prevent aging for centuries. If being slapped with leaves doesn’t sound that relaxing to you, opt for a Dead Sea salt or Dead Sea mud scrub instead, or simply spend the afternoon exploring its underground labyrinth of Turkish steam rooms, Finnish saunas and Swedish showers.

Visit a zoo with a difference

Ever been to a zoo where it’s the humans who are locked up in cages and the animals that run wild? Established in 1935, Monkey Jungle allows visitors to observe orangutans, gibbons and howlers in a 30-acre (12ha) wildlife reserve from caged tunnels that run through the park. This way, scientists, students and wildlife enthusiasts can observe the monkeys in an environment very close to their natural habitat without disturbing them or causing them any stress. Opt for a guided tour with a specialist conservation guide, or take to the caged jungle trails armed with a map and information leaflet. 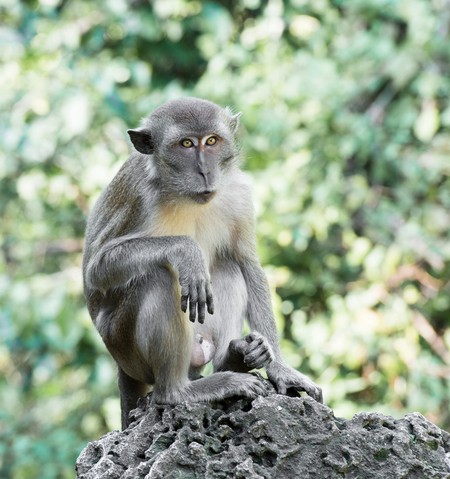 Swim in a historic Venetian pool

The Venetian Pool in Coral Gables – a tropical paradise of turquoise water, swaying palms and pastel-pink colonial-style buildings – is a perfect place to cool off on a hot Miami afternoon. As it’s the only swimming pool to be listed under the National Register of Historic Places, you’ll not only be soaking in some serious history here, but you’ll also be able to splash around in the cleanest pool in Florida (it’s emptied, cleaned and re-filled with fresh water every single day during the spring and summer). Try to avoid weekends and major holidays, as these periods attract a huge number of families, sometimes taking away from the tranquility of the place. If you come in the middle of the week, though, you might just find your very own slice of Venetian paradise. 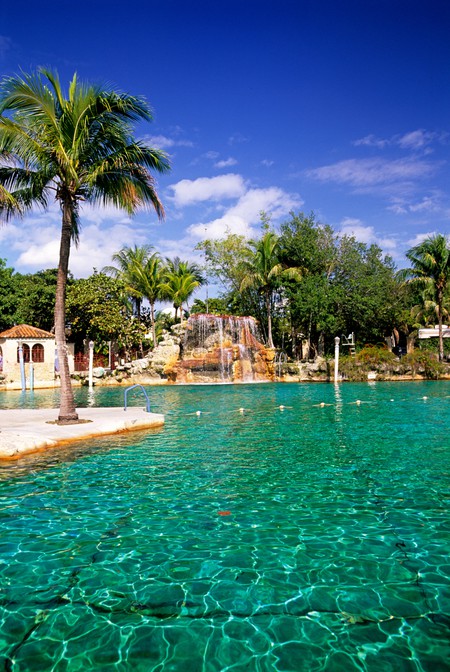