With nearly 500 years of history to draw on, themed attractions and historical sites in St. Augustine bring the history and romance of the ‘Oldest City in the USA’ to life. Unique historic sites and modern-day re-enactments make St. Augustine’s attractions some of the most popular features of Florida’s Historic Coast. Here are 10 not to miss while exploring St. Augustine. 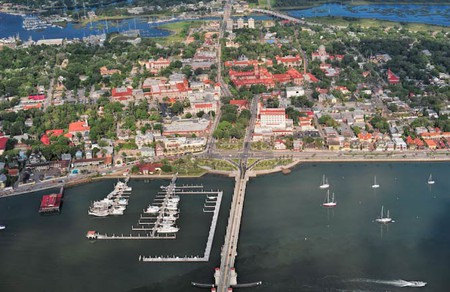 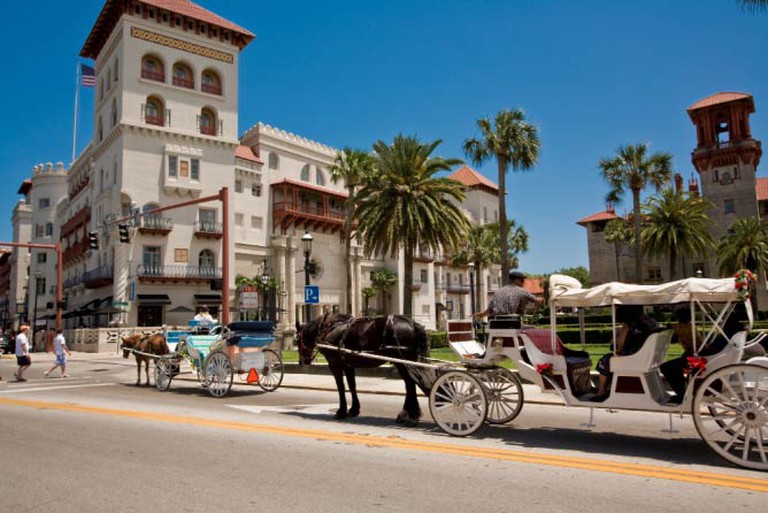 Carriages in King Street | Courtesy of St. Augustine VCB
St. Augustine Lighthouse and Museum was constructed in 1565 as a watchtower built by the settling founder, Pedro Menéndez. Since that time, the lighthouse has been rebuilt and additions have been made. Today it is a stunning black-and-white spiral structure with a red top that towers 165 feet above the ground. Over 200 steps lead visitors to a tip-top observation deck that affords fantastic views of the area. Maritime exhibits tell the story of the lighthouse’s history both in the lighthouse and the keeper’s house.

The Fountain of Youth Archeological Park 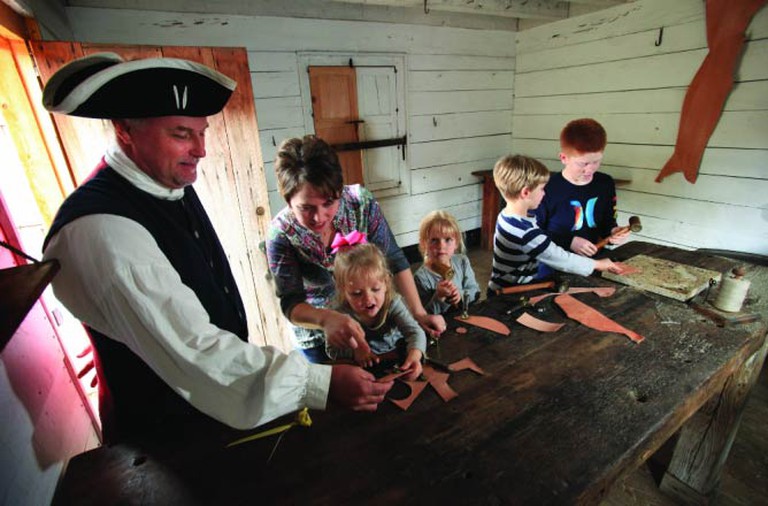 Ponce de Leon's Fountain of Youth Archaeological Park, Augustine | Courtesy of St. Augustine VCB
The Fountain of Youth Discovery Park marks the spot where the Spanish explorers Pedro Menéndez de Avilés and Ponce de León came ashore. Archaeological digs are on-going, and discoveries at the site include a springhouse, landmark cross, saltcellar and artifacts remaining from an ancient Native American village. Period reenactments, a large gift shop and planetarium also occupy the 15-acre area that memorializes the people who occupied the land so many years ago. 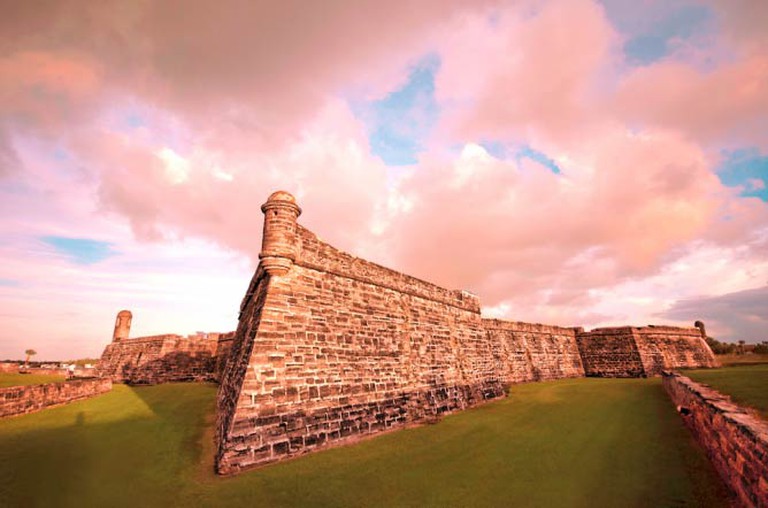 Castillo de San Marcos | Courtesy of St. Augustine VCB
Owner Pat Croce had a passion for pirates and pirate history. The Buccaneers of America, a book by Alexander Exquemelin, was the first piece that sparked his collection of his pirate artifacts – one of the largest in the world, which can be viewed at the St. Augustine Pirate & Treasure Museum. The journey starts through the swashbuckling past by experiencing the museum’s own Port Royal, Jamaica. Technology and artifacts combine to create a true-to-life pirate adventure. Both kids and adults will enjoy the experience. 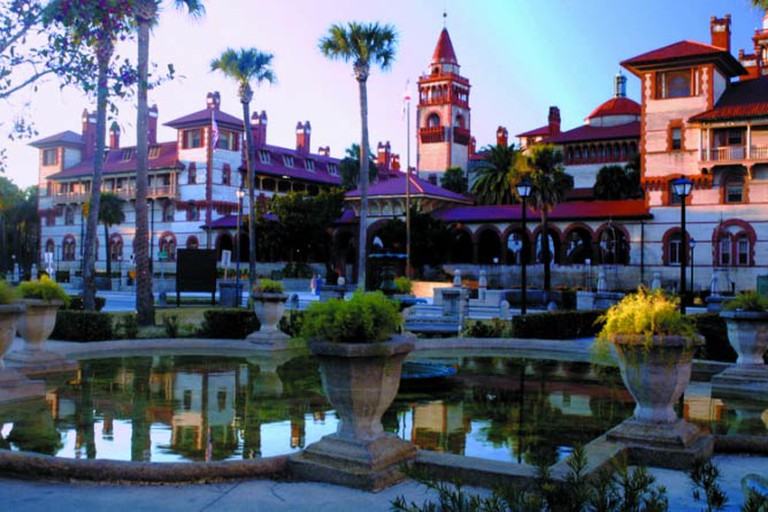 Flagler College | Courtesy of St. Augustine VCB
Castillo de San Marcos is a remarkable 17th-century fort built to protect the Spanish settlement in St. Augustine. The fortress is the oldest masonry fort in the United States. Boasting walls 12-feet thick and 33-feet high, a moat and a drawbridge, the edifice has never fallen to an enemy during attack and ended all wars in treaties. Made a National Park monument by former President Calvin Coolidge, the castle feature reenactments, complete with musket and cannon firings most weekends and holidays. 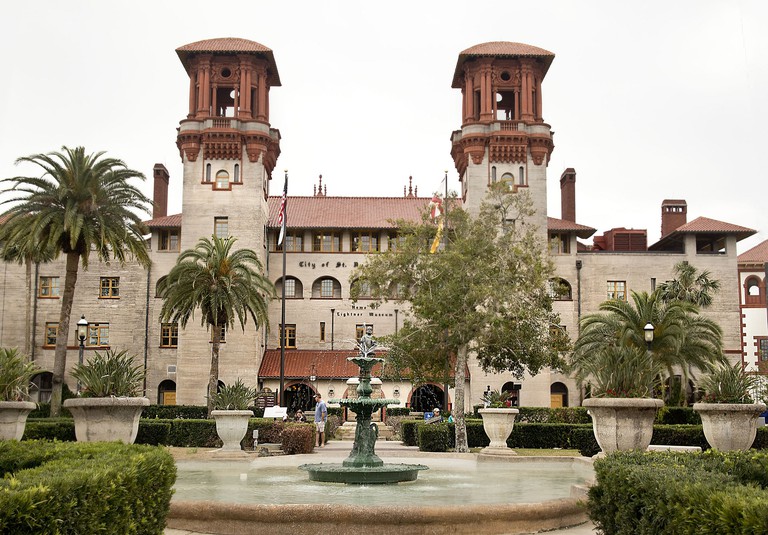 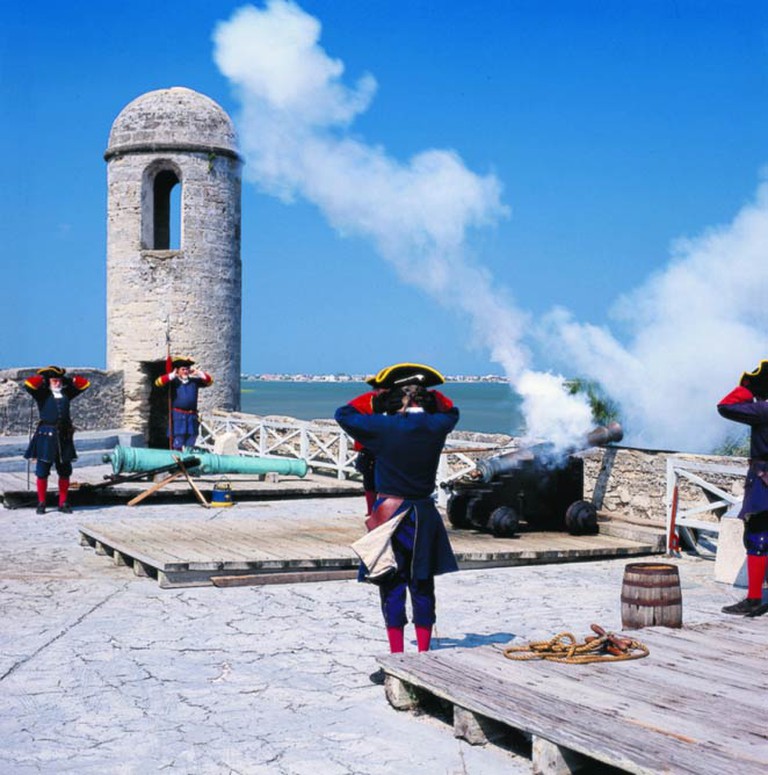 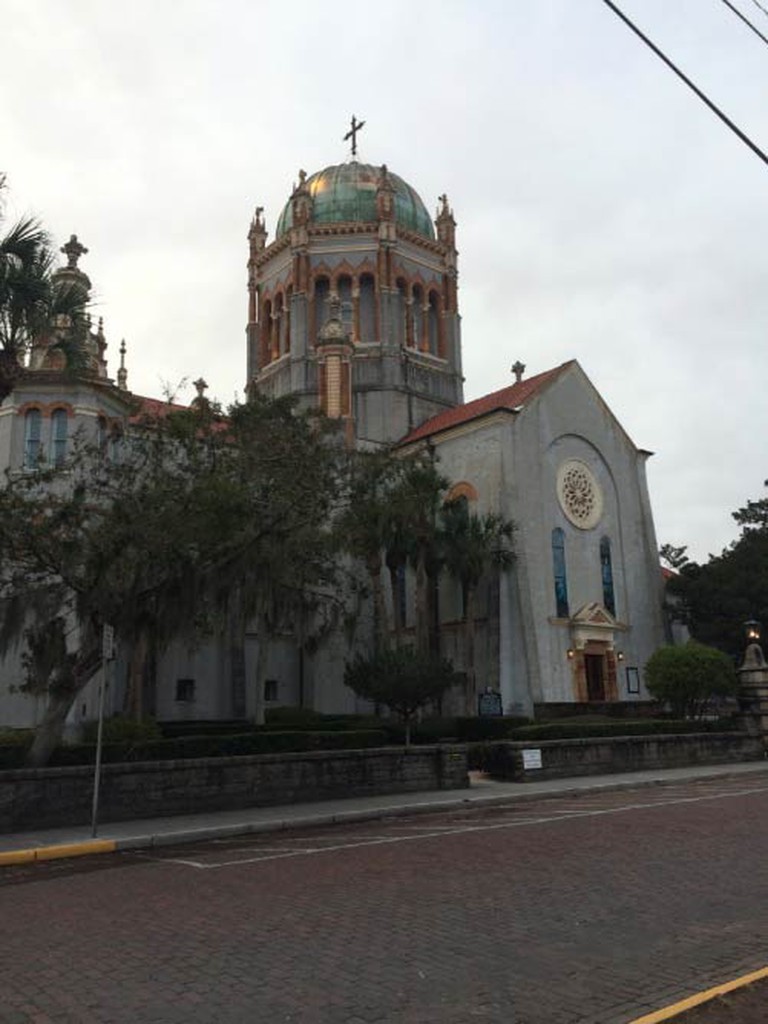 Presbyterian Church
Old Town Trolley Tours is the best way to see the city of St. Augustine in a short period of time. The tour highlights the best attractions in St. Augustine, with 23 stops and more than 100 points of interest. Old Town Trolley Tours has been operating for over 30 years, bringing the best of the city to life through a unique blend of transportation and entertainment.

Church, Memorial
Facebook
Email
Twitter
Pinterest
Copy link
Share
Map View
Henry Flagler built the visually exquisite Flagler Memorial Presbyterian Church in 1889. It is one of his most endearing projects because it was constructed as a memorial to Flagler’s only daughter, Jenny. In the mausoleum adjacent to the church is where Flagler, his daughter, granddaughter and first wife are buried. Upon first sight, onlookers are awed by the church’s grandiose Venetian Renaissance-style architecture. Every detail of the church was attended to and it is evident that money was no object at the time of its construction. The highlighted features of the church are the hand-carved Santo Domino mahogany, detailed-terra cotta frieze work by Italian artists and a massive copper dome. Tours of the church are available daily and offer guests a personal look at this touching memorial and historic site.

Building, Museum
Facebook
Email
Twitter
Pinterest
Copy link
Share
Map View
After years of meticulous renovation, the Villa Zorayda Museum opened to the public, showcasing an impressive example of Moorish Spanish-revival architecture. Constructed in 1883 by Franklin Smith, an architect from Boston, the building was originally called the Zorayda Castle. Smith built the residence as a winter home and designed it to be reminiscent of the Alhambra Palace in Grenada, Spain. His style of architecture, including the use of coquina shells mixed with poured concrete, had a powerful impact on the later buildings constructed in St. Augustine as well.

Tours of Flagler College give a look at the former Hotel Ponce de León, established in 1887 by railroad and oil magnate Henry Flagler. The National Historic Landmark is an outstanding model of Spanish Renaissance architecture. The tour through the college is an educational glimpse into the past of an exclusive, luxury resort. Tourists are able to see the Dining Hall, with its stained glass windows, the Flagler Room, which is home to one of the first publicly-used onyx Thomas Edison clocks, and the Rotunda – host to an exquisite 80-foot domed ceiling. Purchase tickets at the main lobby of the college 15 minutes before each tour.