The Story Behind Ed Leedskalnin’s Coral Castle in Florida 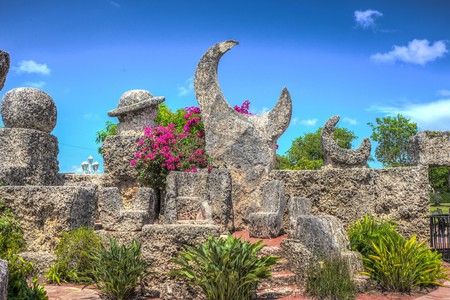 Embedded in the entry gates of the Coral Castle in Florida is a plaque with the foretelling sentence: “You will be seeing unusual accomplishment.” The prediction is not an overstatement. 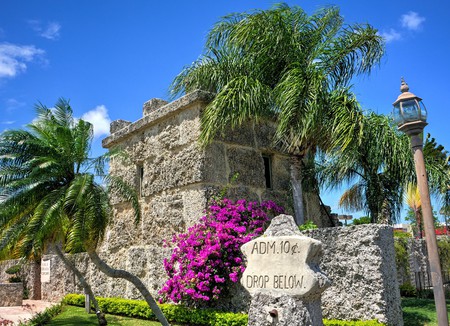 The extraordinary Coral Castle, located in the suburbs of Homestead, Florida, is made entirely of oolite limestone, and one man single-handedly built it. Ed Leedskalnin, a Latvian immigrant, pursued his project as a dedication to his long-lost love. The massive work took place over the course of 28 years, and it still stands today as an ode to love imbued with mystery.

Back in the 1900s, Leedskalnin had been engaged to his love Agnes Scuffs, to whom he referred to affectionately as his “Sweet Sixteen.” Agnes broke off the engagement one day before the wedding ceremony, and fraught with pain, the broken-hearted Leedskalnin decided to move to North America and create a monument in remembrance of his love.

He first began the project of the Coral Castle (originally called the Rock Gate Park) in Florida City. However, Leedskalnin purchased 10 acres of land in Homestead and decided to relocate the great structure there.

The sculptural garden surrounded by a coral gate features a geomantic landscape—a moon pond representing the phases of the moon, a sundial that accurately tells time, and a towering telescope aligned to the North Star. The structure also includes a giant coral rock table shaped like a heart, an ode to his valentine Agnes. 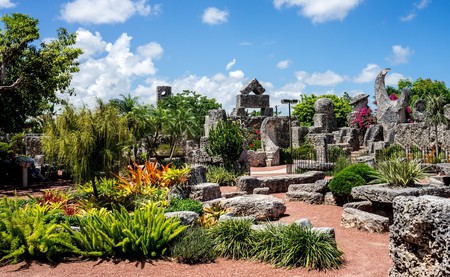 The Coral Castle has a geomantic landscape | © Mariamichelle / Pixabay

Nevertheless, how the remarkable work was built remains an enigma. Leedskalnin never divulged how he was able to lift and position the gigantic stones. Residents had noticed the trucks carrying the coral rocks along the South Dixie Highway, but no one ever saw how Leedskalnin was able to unload them. To protect his privacy during construction, he was very particular about working at night—to avoid any detection—and even went on to build “lookouts” along the castle’s walls.

Though he came from a family of stonemasons, his methods have stumped engineers who have compared his techniques to that of the amazing Stonehenge. Some of the stones are even calibrated according to celestial alignments, and the stone walls fit seamlessly together without the use of materials like cement. Leedskalnin once claimed that he discovered not only how the ancient builders in Peru and Egypt were able to set in place blocks of stones with only primitive tools but also the secrets of anti-gravity.

He wrote a series of pamphlets on magnetism, one titled Magnetic Current (available at the Coral Castle gift shop).

Numerous rumors have attempted to explain the seemingly miraculous techniques used by Leedskalnin, from magnetism to magic, but the methods used by this eccentric stonemason to create his fortress are a secret he took to his grave.

The Coral Castle is now part of the National Register of Historic Places and is open to the public.